Notes from a Fried Egg 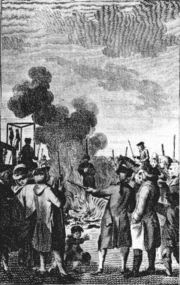 Sister, where are you...it's been a whole week!! I'm in SMM-withdrawal!
Tell me about it.

We didn't fall off the roof. We don't have the tarp up yet either.

We did have school starting, back to school night, a vicious heat wave and an earthquake.

The temperature rose to 109 today and, although we are offering it up to the Poor Souls in Purgatory and calling on the intercession of St. Joan of Arc (who knows a little bit about blazing heat), I can't help thinking back to the days when there were lots of us living in a three story brick building with no air conditioning and one fan and no cross breeze. Back then everyone was loaded into triple starched wimples and layers of floor length, wrist length black cloth. 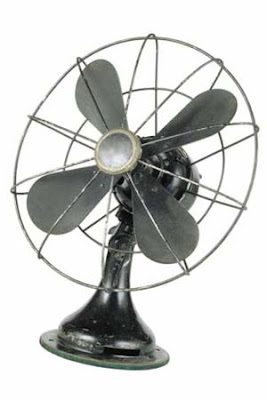 The one fan we had followed our Mother Superior around wherever she went because she had something wrong with her that caused her to need the fan. Something besides how large she was. Asthma. That was it. She had asthma. She slept in too, everyday, because she was up all night with her asthma.

Ah! The good old days. I remember them like they were yesterday.

My brain is like an egg that has been fried on the sidewalk. 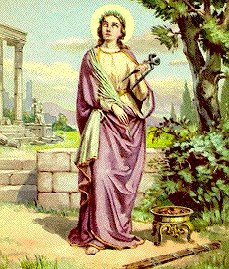 The earthquake wasn't much. A mere three point something that thumped the house up just once. Thump. The end. We didn't even have time to say one word to St. Agatha, the patron saint of earthquakes. We'll have plenty of time to catch up with her, though, as October is breast health month and St. Agatha is the patron saint of that, too. She'll be pretty in pink.

Our Nun So Beautiful Non Contest has ended, whether you like it or not. Those of you who wanted the non contest extended until the end of the month were outvoted by one. Ironic that the people who wanted to take longer were foiled by one go getter. That's the way the poll booth crumbles. Thanks to everyone who sent in their nuns.

Hey Sister Mary Martha : The Bloggers Choice Awards has about 2 weeks to go for people to vote for best Religious Blogs. You may want to get an entry about that fairly soon. Take care Sister!

Really? I thought it was over a long time ago. Are you sure you're not in some time warp? Maybe I'm in the time warp. Something's warped, I can tell you that. Who would be the patron saint for that? St. Joseph, I think, since I'm sure he had to deal with warping all the time.

So, I'm really behind the eight ball. I have nun pictures to post and questions to answer. I promise I'll come back tomorrow with both. 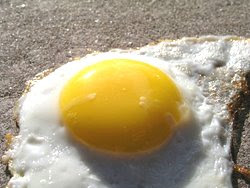 Sister Mary Martha!!
My roommate and I are in love with purity! We were wondering if you could write a blog entry about purity and chastity in young people, and how it is so neat! Also, are there patron saints of chastity? Christina

Christina, you should check out Maria Goretti! When I was in high school, she was held up to us as a role model for chaste young girls.

I really want to talk about St. Maria Goretti.
Posted by Sister Mary Martha at 8:20 PM

The 2008 Bloggers Choice Award voting is still going on.

I picked up on through Father Z's Blog ( WDTPRS ):

The last two weeks of voting for the Blogger’s Choice Award have arrived.

If you haven’t voted yet, please consider voting for WDTPRS. We could use your continued help.

It is important to keep Catholic blogs at the forefront of the religion categories in this award contests."

I checked The Blogger's Choice Website and it stated :

" Welcome to the Blogger's Choice Awards, the most popular user-generated blog voting site on the planet! We are now accepting final nominations for the 2008 competition. Sign up and vote for your favorite (and least favorite) blogs to help determine the winners for this year. Winners will be announced on October 16th!"

Here is the link for you/your readers to go to and vote :

I got myself out of the time warp long enough to vote for both your blog and Fr. Z's blog, because in this case and for me, "sharing is caring".

Thanks for taking the time to blog for us. I need the help and bet others do too.

Can't wait to see the nuns and their storries!

Oh yes, Sister, PLEASE talk about St. Maria Goretti! There is a lot of confusing stuff in that story & the Church's response.

And none of it takes away my pleasure at this news story from Philadelphia in 2003:
http://www.ftimes.com/Main.asp?SectionID=1&SubSectionID=1&ArticleID=18737

Thank you for your blog, Sister, and for all your ministry.

I really like St. Maria Goretti. When it came time to pick a patron saint for confirmation, I almost picked her, because I love her chaste nature and forgiving attitude (a virtue I need to work on gaining!) I wound up choosing St. Therese of Liseiux - "The little flower" - on account of my dad calling me "Petal" my whole life. I took it as a sign.

Nice to see you're still up and blogging, Sister! I worry about you when I don't hear from you for over a week!

I'm new to blogging, and your blog was one of the first I became interested in. So glad I found you. I enjoy your mix of humor and wit with interesting subject matter. I laughed out loud when I read that Joan of Arc would know something about fire....funny..

Sorry, I should have quoted you correctly..."blazing heat" regarding Joan of Arc is what you wrote...

Sister,
This may be worth mentioning.
On 8/29/08 a man, Zuppafly, suggested 'Nun So Beautiful' for the contest name.
On 9/1/08 Anonymous suggested the same name as well - man or woman, I don't know.
A week or two ago I noticed that a woman was credited with the contest name selection.
I'm writing on behalf of man who suggested it on 8/29/08, to be sure it was noticed.

You are A if not THE Nun So Beautiful.

God bless us all.

Sister, your blog is #1 today! I voted, and it looks like others did as well. You're tops in my book!!

Helpful...witty....what more can one ask from a blogging Nun!

Lola said...
This comment has been removed by the author.
8:02 AM

Dear Sister, I'm sure you are having a trouble finding much time to blog, so I have a suggestion. Fridays are a good time for special topics in junior high, so I suggest 1 hour of silent reading, 1 hour of computer keyboarding practice, and 1 hour of communication games like guesstures or taboo or something. Schedule these hours back to back and you'll have the whole afternoon to blog! You could also have those special student volunteers correct and enter your grades. Yes?

Maria Goretti is leading in the Patron Saint poll over at No Question Left Behind.

Where are you sister that it's 109 degrees. My goodness. It got down to freezing here in Michigan last night brrrr.

Which leads me to a question. Is it okay to say Oh my goodness or oh my gosh? I had a priest once scold me saying I was still using the Lord's name in vain.

Praying that a little of your warmth heads up my way and a little of our coolness heads your way.

I just went to the Bloggers Choice Awards. It's not the Catholic Bloggers Award I was thinking of, but a secular group. But they do have a religion category. You're neck and neck with Fr. Z for the numero uno spot. You're also nominated for Most Humorous Blog. I voted for you in both categories. How fun!