It's not all chuckles and grins in the world of patron saint matching.  We'll keep this reader in our prayers:

We are so sorry for your family.  How very sad.  When we say God works in mysterious ways, we are not kidding.  I'll spare you the platitudes about doors closing and windows opening, and instead call on the angels for grace and comfort. 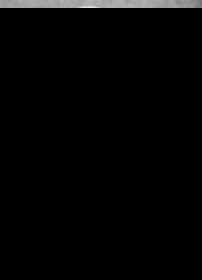 Yes, of course are patron saints for your needs.

First up: St. Bernadette of Lourdes, who knew the healing spring was not for her.  She spent her short life battling terrible and painful illness, but faced her seemingly cruel fate with grace and calm.  Her life was certainly not what she would have chosen for herself.  She would have preferred to be an anonymous peasant who got married and had children and died of old age in the village. Instead, she became wildly famous, vilified, questioned and harassed.  She went to the convent because she could not stay in the secular world after Our Lady appeared to her.  While in the convent, her Mother Superior treated her with relentless disdain until the day Bernadette died.

And yet, Bernadette was not unhappy or bitter.  Whatever she wasn't given in life, she realized the enormous gift that had been bestowed on her.  A message from Heaven.

Secondly: Faith Shaken.  Blessed Mother Teresa of Calcutta and her famous "dark night of the soul".  She's not the only holy person who struggled with their faith.  The term "dark night of the soul" is a very old one that speaks to the turmoil that seizes so many people who spend their lives trying to do God's binding, only to have life spit right in their faces again and again. 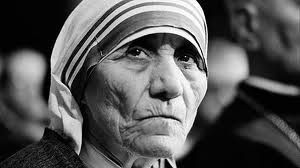 As a young nun, Mother Teresa had a visit from Jesus, who told her to go do what she did with the rest of her life.  But after Jesus told her what He wanted, He never spoke to Her again.  Now, where one might think, "Well, once Jesus actually speaks to you, He shouldn't have to tell you twice, or come back and cheerlead your efforts."

And that's true.  In fact, that is the reason that the visionaries of Medjugorje have recently been suppressed.  They had daily visits from Mary all these years, and the local bishop finally just said something to the effect of, "What's the matter with Mary that she can't get her point across?" 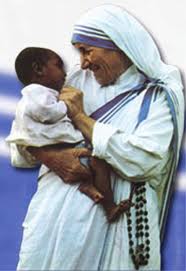 But for Mother Teresa, if wasn't just that Jesus no longer spoke to her.  She felt as though He was gone altogether. She eventually came to terms with what this meant to her when her confessor pointed out that this was her opportunity to join with Jesus' suffering, specifically "the Agony in the Garden".  She was happy with that, although it took her most of her career before she ever arrived at that thinking.

And yet, she did it anyway.  She lived a beautiful and significant life in this world.

And finally, St. Joseph, the buyer and seller of real estate is good for buying and selling business.  He is that patron saint of workers, after all.

But on your prayer hats, readers! This family needs you!
Posted by Sister Mary Martha at 1:26 PM

thank you for this; for Mother Teresa's "dark night of the soul." my own personal "dark night" has lasted for almost 10 years. the sorrow is heavy at times. the fears almost over-powering. the loneliness, well, we won't speak of that for with Jesus we are never alone.

however, the darkness can be so very frightening, filled with such grief, and to know another person i can "talk" to beyond our Lord and the Blessed Mother Mary, is very helpful.

thank you for your blog. i look to it for inspiration.

I couldn't figure out where to post a question, and so I'm posting one in a comment.

But first, let me add that I love your blog! I was raised Catholic, and I'm so happy there's something like this, now that I'm in college with so many different flavors of Christianity on campus.

Which brings me to my next question. I'm being pursued, for lack of a better word, by members of a nation-wide Christian collegiate group called Chi Alpha. Pentacostal-based, it holds that "the Bible always wins." In other words, if it is not specifically word-for-word in the Bible somewhere, it isn't true, never was and never will be.

Don't we also believe that? If so, that rules out a lot. My friends don't believe in infant baptism, Transfiguration, Mary as venerated by Catholics, or the saints.

And what about Baptism of the Holy Spirit, and speaking in tongues? A large majority of my friends speak in prayer languages, ones that they don't understand, but God does.

And the sacraments! Oh, my goodness! Where, I'm constantly asked, is the Biblical reference for Anointing of the Sick and Holy Orders? And papal infallibility, while we're at it?

I may have taken religion classes in Catholic school my entire life, but even that is not enough to render me a walking "Catholic for Dummies."

Thanks again for your blog. I've already used your dinner-making analogy to explain why we heretics pray "to" saints.

Thank you for answering my request regarding my nephew, shaken faith and selling my business.

And, most importantly, thank you for asking your readers to pray for my nephew, his wife and new baby boy.

Your work through your blog is very important and I appreciate it greatly.

There are great resources available that will help you with those questions and challenges at www.LighthouseCatholicMedia.org

I don't work for/ sell for/ receive commissions from LCM, but love what I've learned from listening to the CDs they have. Also a wonderful book, "Rediscover Catholicism" by Matthew Kelly would be worth your time reading.