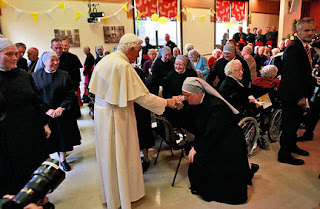 Sister, I love reading your blog! Since you mentioned your little hobby about dreams, I was wondering if you could tell me something about one that I had a couple weekends ago. In this dream, our Holy Father (yes, the Pope) walked up to me. Sitting, I looked up at him with tears pouring down my face and said to him, "Holy Father please help me, I want to be a nun." He automatically responded "You will be" then gently kissed me on the forehead.

Any ideas, or pretty self-explanatory?


Have you been thinking about being a nun?  Or were you just sitting there, minding your own business, having spent your waking life thinking about how happy you are, how fulfilling your role in the world feels and looking forward to tomorrow's drive to work and day spent returning emails when you suddenly found yourself asking the Pope if you could become a nun, out of nowhere?  Because if it's the latter, that is one interesting dream.


The question here is, do you actually want to be a nun? Because if this is a new idea for you, you might want to consider what you think about when you think about being a nun, and why your subconscious mind thinks that will bring tears of joy to your eyes.


If that's what you want, what's stopping you?  You don't even need to pack, because you don't need much there at the convent. Here's your hat! What's your hurry!  Off you go! 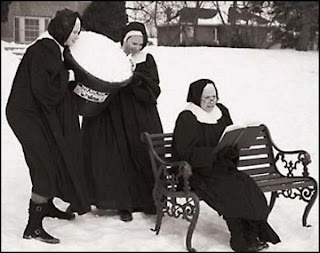 This doesn't mean you will actually become a nun, just because you want to be a nun.  It's a two way street. The convent has to accept you as a candidate.  You may decide you hate being bossed around and having to be humble and obedient 24/7. 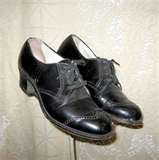 But you won't find out any of that unless you give it a whirl. The grass is growing under your feet.  What do you need to move forward?  Someone to look after the cat?  Pray for the intercession of St. Gertrude, patron saint of cat lovers.  Family members who aren't on the same page?  St. Monica, patron saint of turning hard hearts into saints.  Shoes too fancy?  Grab a pair of nun shoes from Pay-less.


Don't wait until the Pope revisits you in dreamland and gives you a kick instead of a kiss.
Posted by Sister Mary Martha at 1:34 PM

Thank you for you response Sister:) I had failed to mention in my comment that I left you that I was a nun for two years, then left my monastery for personal reasons. It is still something I think about almost constantly, because the experience has deeply affected me. Thank you for your input:)

I wanted to be a Benedictine nun, and sort of assumed I would be. Then I met my husband and my vocation came clear! However I still live a vowed life. I'm chaste (though not celibate), I'm poor (because we live simply in order to educate our chldren and give away money and time), and I'm occasionally even obedient (deferring to my husband when it's not a matter of consience). And goodness knows I'm stable --we never go anywhere; child-rearing is a very expensive hobby. I'm kind of a kick-ass worldly broad in my career, but as a chaste Christian wife and mother I still feel that in a small way I have not entirely lost my inner nun. Oddly I have little desire to be an oblate or associate, so go figure... Anyway, Shannon, I feel for you!

Dear Sister Mary Martha:
I was just accepted to Seminary for next year, and I was wondering if you could recommend some saints for me. I already know about St. John Vianney, since the seminary I will be attending is named after him. I was hoping for some more obscure saints.
Thank you very much.

I have to admit I have NEVER heard anyone use an expression like, "I'm kind of a kick-ass worldly broad in my career..." followed by, "I still feel that in a small way I have not entirely lost my inner nun." You'd have been one spunky nun!