What should I say to people who accuse me of believing in a "Pixie in the sky" and fairy tales because I believe in God and ask me for proof that He exists? (Or do I just ignore them?) I feel like I should say something, but it's quite hard to say anything that will convince someone who starts out with these views, as they usually get ruder with each attempted defence and I don't have your gift of making sense of everything. 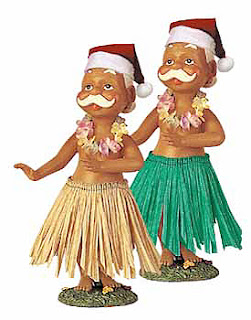 My absolute honest answer is to run, run as fast as you can and don't look back lest you turn into a pillar of salt.  At the point where someone is accusing you of sprinkling pixie dust, nothing you can say will convince them otherwise. The truth is that the entire reason they want to engage you at all in this discussion is to belittle you.  You may as well dance a hulu and sing "Here Comes Santa Claus" as try and testify to your faith.

Unfortunately for you, (and me) Jesus would prefer that we didn't do this. He didn't do it to the point where He was crucified for not shutting up.  He could have just shut up. He chose not to duck out.

Here is the tactic I employ.  I try not to answer right away.  I ask them what they believe. Everyone believes in something that is unseen.  Love, for example.

"Do you believe in love?"

"How do you prove it really exists?  Neurologists say that emotions are complex neurological states in the brain that motivate us to act."

"You can show love, in how you behave toward another person."

"That is absolutely true.  Although....once in a while we find people who we believe love us because of what they say and how they behave toward us, only to be betrayed by them, or hurt by them, or beaten up by them, or murdered by them.  How do we know when love is true?  How can you tell when love is real?"

"Tell that to my friend Ruth who just got dumped by her boyfriend of three years.  Love exists.  But it can't be proved, except through time.  The answer about love is that you just have to take the risk, take the leap of faith to experience it or stay alone and lonely."

"That has nothing to do with a big man with a beard in the sky who makes up rules and sends floods to bad people."

"I think it does.  But I'm not that smart.  I like to read what actual smart people have to say. Like Einstein. He's the smartest person I can think of.  He recognized the impossibility of a non-created universe.  Einstein believed that God reveals Himself in the harmony of what exists, which actually is what motivated Einstein's interest in science.  He once said, "I want to know how God created this world, I am not interested in this or that phenomenon, in the spectrum of this or that element. I want to know His thoughts, the rest are details."   He also said, "Science without religion is lame, religion without science is blind." So, if you want to argue with someone, go argue with Einstein.  And good luck with that."

The truth is you are not going to be able to make sense of everything.  But neither are they.  If they try to explain how the world works, they are going to have the same difficulties you do.  No God?  No afterlife.  I'll bet they believe in ghosts, though. Most people do.  How do they explain that, besides admitting their own cognitive dissonance?

In the end, it may be the best you can do to say, "I have not been rude or belittled you for your beliefs. I cannot prove to you that God exists anymore than you can prove that He does not, so I'll thank you to give me the same respect I have given you."

Make sure you have indeed done that. All people are God's creation. Even the rude ones.
Posted by Sister Mary Martha at 9:00 AM

A friend of mine has recently lost his faith. He read a book by Christopher Hitchens, which has completely destroyed what he believed. He is very, very confused and angry. What would you say to him?

Thank you for this post! I have a cousin who claims her religion is "Ancient Egyptian" and constantly laughs at anyone who believes in God. However, she is obsessed with ghosts. She spends vacations ghost hunting. I'll have to give the Einstein argument a try!

I am in my early 30s, married with a child, and in a bit of a vocational crisis. While, on the one hand, I have been moderately successful in the career I've pursued since college, I have felt called for the last few years to a more religious vocation, namely theology. While I have recently graduated with an MA in Theology with the hopes of going on to further school to study theology and gain some pastoral skills so as to do that, it seems that both within my church and within academic circles, I am not wanted.

I feel called, but it seems that practically speaking every possible disappointment, obstacle, and practical difficulty comes by way in terms of pursuing this vocation that many around me —such as my spouse, friends, professors and spiritual directors (I've had two, one moved away)— have also discerned with me.

But it seems when it comes to people who have the ability to help me pursue this vocation —such as a parish priest, an admissions committee, or a professor whose help and understanding I need— they cannot or will not help me.

I have prayed to St. John Vianney, but I feel like I need to approach this in a double- or triple-barreled intercessory approach. Heck, I'll take a whole battery of saints if you have them.

-Married In Search of Saints

Thanks Sister. I tried the "prove He doesn't exist" argument and got "you can't prove a negative dumbo" in response. This post definitely gives me a better idea of what to say next time.

@Steph -- you might suggest to your friend that he attempt a little experiment.

In the silent vaults of his mind, he should harbor this thought: "God, if you exist and you love me, I want you to prove it."

If that's what he really wants, God will be very happy to demonstrate it to him.

oh, and STGM: Remind your friend that the Egyptian gods and the civilization they fostered is long, long gone ... and the Jews they enslaved and attempted to destroy are still around, as are we Catholics, their spiritual descendants.

To Anonymous who wants to be a theologian, from another who pursued midlife PhD studies in theology: There is no problem about married women being theologians, but few parish priests have the time to discern and encourage such a vocation. Getting into graduate programs is not that difficult. If admissions committees think you are not qualified, you need to find out why and address the issues. Paying for years of grad school is a bigger problem - it costs a lot and financial aid is fairly scarce. Your future career would be teaching high school or, if you are very successful, college, where tenure-track positions are being replaced by short-term or part-time jobs (the latter without benefits). Please be sure to choose your program with great care. I was too ignorant to do so and ended up in a department so liberal it was practically Protestant - and fairly typical of academic theology today. And please be ready for years of hard, lonely work (study, study, and more study) as you prepare yourself to enter the great Catholic theological tradition. You will need philosophical training if you don't already have it. Your encouragement must come from God, your professors, and your fellow students - few others know anything about theology. Except nuns. There are a lot of theologically educated sisters, but a lot of them are devoted to liberal feminist theology so you need to find the right ones. My suggestion would be to find a practicing academic theologian whom you respect and write to seek his or her advice. Cling to Christ and may your studies and your family be blessed!

I'm going to echo what Judith said, about calling or writing the academic theologian you most respect and asking for advice. Professional academics are surprisingly accessible. I read where Dr. Isaac Asimov (may God have mercy on his soul) related the story of a phone call he got at home while he was a professor of chemistry at Boston University. A high school student asked him how far above the surface of the Earth was the point where the Earth and Moon orbited each other, and Dr. Asimov answered him from memory (it turns out to be quite a ways below the Earth's surface).

Sadly, Joseph Ratzinger has not been a practicing academic theologian since his days running the CDF. But professors at the Franciscan University of Steubenville, Belmont Abbey College, and Ave Maria University should all be orthodox and available.