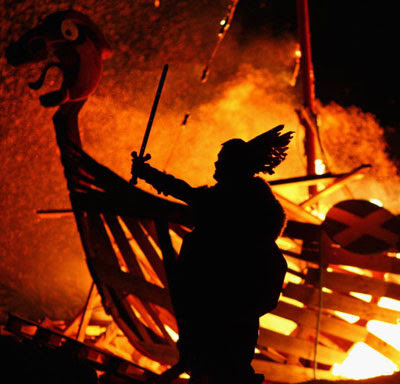 I think I am just a little behind in answering questions. Please forgive me if I skipped a question or two, but I just had to answer this one that came in just today:

I was double checking the phrase "cutting off your nose to spite your face" at Google to find out the story behind it. It's a crazy story involving a Saint so I had to come here to ask you about it.

Here's what Wikipedia printed -- take it with a grain of salt.

"The phrase is believed[citation needed] to have originated from an event that was said to have taken place in AD 867: Viking pirates from Sjaelland and Uppsala landed in Scotland and raided the monastery of Coldingham. When news of the raid reached Aebbe the Younger (the Mother Superior), she gathered her nuns together and urged them to disfigure themselves, so that they might be unappealing to the Vikings. In this way, they hoped to protect their chastity. Saint Aebbe accomplished this by cutting off her nose and upper lip,[2] and the nuns proceeded to do the same. The Viking raiders were so disgusted by the resulting scene that they burned the entire building to the ground. Ironically, the phrase as understood today does not really apply to Saint Aebbe, since she did not cut off her nose in an effort literally to "spite her face".

Have you ever heard that story and if so, what is Saint Aebbe the patron saint of. (Terrible sentence construction, I know. One should never end on a preposition. Forgive me.) Thank you! 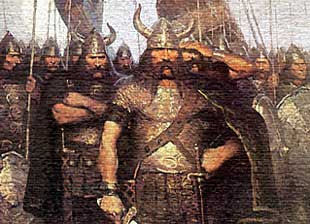 I don't know whether to start at the end or the beginning. I feel like I should get out the ironing board to smooth out all the wrinkles of this story.

St. Aebbe the Elder founded a monastery in Scotland in around 642 AD that eventually did burn down in around 680 AD. It was a duel monastery, monks in one part, nuns in the other. It was also the local watering hole and the celibacy rules were not strictly enforced. St. Aebbe was a pious and chaste woman, but she couldn't control the rowdy Scots.
I say that makes her the patron saint of classroom teachers and reformed bikers. 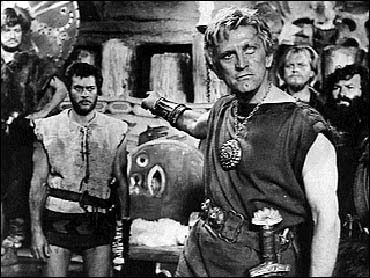 The Viking story swirls around St. Aebbe the Younger, but it can't be true, because the monastery had burned down 200 years before the Vikings supposedly burned it down. It had never been rebuilt. The Vikings were only ransacking Scotland in 870 AD or so.

To confuse things further there is also St. Aewthryn, who is apparently one of the pupils of St. Aebbe the Elder. She had men chasing after her as well and a story that is attributed to St. Aebbe is also attributed to St. Aewthyrn, which is that the sea rose up around wherever the women lived and kept the boys away. Maybe the sea did rise up to protect both of them on two separate occasions in two different places. Or maybe the sea rises up a lot along the coast of Scotland.

There is historical evidence that the Vikings did sack the place St. Aewthyrn founded, but again, they did that long after St. Aewthyrn had gone to her Heavenly reward. 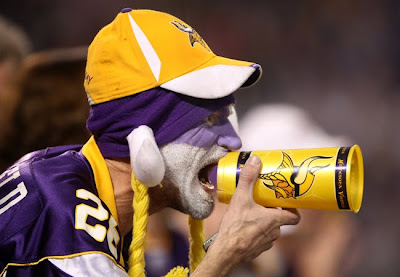 It may be true that the saying did actually come from the Viking incident and St. Aebbe the Younger, it's just that the saying is based on a very confused legend and not an actual historical occurance.

Meanwhile, poor St. Aewthryn, was also called "Audrey" and, also according to Wikipedia, this is where we get the word "tawdry". I'll let them explain:

The common version of Æthelthryth's name was St. Awdrey, which is the origin of the word tawdry. Her admirers bought modestly concealing lace goods at an annual fair held in her name in Ely. As years passed, this lacework came to be seen as old-fashioned or cheap and poor quality goods.
Posted by Sister Mary Martha at 11:02 AM

Hello Sister, a question for you, but first, thank you again for your lovely blog.

i am trying to find a Missal from 1973 in either English or Italian. Or, a missal in Italian of the regular mass (not latin). Are there any catholic bookstores you can recommend or point me to? I am having a very hard time. Thanks so much!!

Wow, talk about so many wrinkles you need a bottle of starch and the iron set on high.

You crack me up in that you address the question and throw in some logic, for example:

Maybe the sea did rise up to protect both of them on two separate occasions in two different places. Or maybe the sea rises up a lot along the coast of Scotland.

Had to laugh heartily about St. Aebbe the Elder being the patron saint of classroom teachers and reformed bikers. Excellent!

Thank you for the detailed answer; your posts are always a pleasure to read.

"It was a duel monastery" I think you meant dual monastery.