So, trying to be a good organist, I actually read Musica Sacra, the encyclical on Magisterium of Music at the Mass(on the web). Changing words to anything at the Mass is not ok--but lots of parish musicians don't know it, as they figure the selections in the missalette are approved by the Church--they aren't. They are just selections that the publishing company thinks will sell. If a congregation claps, it's a signal to the musicians that they are putting on a show instead of serving the congregation's music needs. Holding hands for the Our Father is Pentacostal--and many Charismatics have picked it up since it "feels good". Not a Catholic practice. Makes lots of folks feel creepy. And while we're talking about creepy, what about couples kissing at the sign of peace? 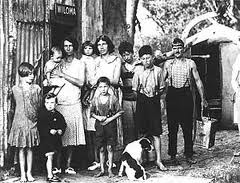 Is there a question here somewhere?

I'm sorry that the great unwashed don't actually read the Musica Sacra.  I've also found they don't read books or newspapers.  We can't be too unhappy when they show up at Mass, like they're supposed to, and clap their little hands.

They're supposed to not to do this and definitely do that.  They can't keep track of it all.

We can't throw tomatoes at people when they hold hands during the Our Father.  We can't keep a bang of empty tin cans to hurl at folks if they mistakenly do things because they feel good, like those misguided Pentacostals.

We also can't judge, look down our noses at other faiths, or feel superior to others.

It makes me feel creepy that people feel so creepy about other people.  Remember when Jesus hugged that leper?  Everyone thought that was creepy, too.  Why did he do that? Because nothing matters but souls.

I would prefer it, I suppose, if people didn't kiss in lieu of a handshake of Peace.  It does seem to take the focus away from the Mass.  Or it could.  But I'm really not going to get my wimple in a twist about it, because a really big Miracle is about to happen and if two people want to express their hope of peace for each other with a kiss, I'm not going to shout, "Get a room!" across the pews at them.

If the congregation is getting too loosey goosey with the Solemnity of the Mass, that's Father's call to ask everyone to get a grip.  Meanwhile the nuns have some long standing advice, "Mind your own garden."

And to quote someone I respect "Offier it up".

I don't like holding hands during the Our Father, mostly stemming from my squirmy kids distracting and annoying me by not being even REMOTELY still during the prayer. So I have just folded my hands and bowed my head. If a child grabs my hand, I still keep my hands folded while holding their hand. I was taught it was liturgically incorrect for the congregation to take the orans (sp?) position in any prayer.

It always bugs me when other people are bugged by things not being done "just so." Like you said, it's all about souls. And what a vicious circle! To be bothered by someone being bothered -- who will surely be bothered at my bother in return!

When I find myself being bothered by someone (whether they are being bothered by someone else or being blissfully ignorant of something I'm just sure they need to know), I think of something a priest said when I was in RCIA. He said that when he gives us communion (and no, I do not recall whether there is an official word for that; Catholic lingo is not something I have a handle on yet), he thinks to himself, "I am going to be in heaven for eternity with this person." And not in a ho-hum, "Gee whiz, what a long eternity that will be!" way, but in a joyous and loving and wonderfully Christ-like way. So when I'm getting distracted and irritated, I try to think to myself, "That speck her her/his eye sure is bugging me, but look at this veritable forest of logs I've got in my own eyes. I sure hope I get it cleared out enough to get to spend eternity in heaven with this person."

I totally disagree with you Sister. Pope John Paul II specifically said that hands were not to be held during the Our Father unless every pew was able to join with each other, in other words every one was holding hands with someone else forming a long uniative chain, otherwise, instead of showing unity, it showed islands of individuals where others were excluded purposely or accidently. Also, for people to hold their hands in the priests positions, shows a ministry that doesn't exist, and in the case of women, can never exist. Staying to the rubics and rules, keeps the mass pure and errorless and should be respected. In fact, Pope Benedict has told his bishops to crack down on, re-instruct or remove parish priests that can not or will not stay to the rubics. It IS that important.
www.marynate.blogspot.com

Sister MM, there are many things which have changed in the church since I was a child, which I don't necessarily "like", but I am going to Holy Mass to visit our Lord in His home, as well as my family - the Communion of Saints. Thank you for clarifying this in no uncertain terms.
I may not like the shorts, the low cut tops, and general informality, but it's the priest's job not mine to sort this out. Furthermore, by concentrating on these things rather than what's happening on the altar, means I might miss out on so many partial indulgences during Holy Mass......which I can offer for the Holy Souls....

Sister......I love you. You inspire me in ways you'll never know. Love, Andrew

Thank you, sister. I say- if you want to hold hands during the Our Father, or kiss at the peace, do so. I am also completely bewildered by the removal of priests for maodifying the words of the Mass to fit their sermons. However, I am an Episcopalian, so that sort of thing does not fall under such a rigid hierarchical structure as in the Catholic Church. God bless you!

Sister MM:
I love your blog! Found it last week and have been reading the archives (I finished 2006 and have started on 2007). Your insight and humor are wonderful.I also like reading the comments. Now I understand why blogs can build community. The word Blog is short for "web log". My question concerns the comment sections where it said "Pop Quiz-Who is the saint of the day?" What did it mean "answer in feet". That totally went over my head. Again, I'm really glad you are in cyberspace.

Sister, My question is about sin. Someone told me recently that it is nearly impossible to mortally sin as three things have to be present. What is this person talking about? And in confession once the priest said that being angry isn't a sin. I kept on with my list and didn't think to ask why it isn't. And in that prayer during Mass we say we sin on thoughts, words, and deeds. How do you sin in thought? I also remember back in school days learning that habits or addictions may not be sinful. Why?