I believe I started our recent discussion by talking about Ordinary Time.  At least I think I did, since I can't actually remember what happened that far back.  I hope I never witness a crime, besides the fact that there would have been a crime committed and no one wants that, I would never remember what time I saw the robber leave the bank, or what day that was or what color his ski mask was.

We have to talk about one more thing in regard to the issue of what is and is not a mortal sin which is how actually ordinary things can fall under that category.  I believe the discussion also began because the question was about mortal sin being almost impossible to commit.

So not true, as they say. 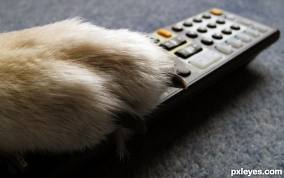 I mentioned that one of my favorite things about the Catholic Church is the road map that is provided by being a one of the faithful.  This includes a "Not To Do" list.  Following the map will help you stay on the road, but it will always be you and only you walking the path.

So I can tell you a million times that it's good for to give things up, offer things up, discipline yourself against bad habits and reserve your harshest judgment for yourself, but if you decide certain things are okay for you to do because you can 'handle it', you may be in for a rude awakening. 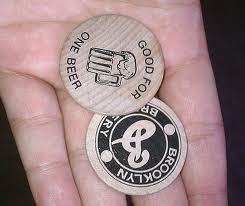 When I was first thinking this all over, I was thinking about the Baptists.  As a child, I always thought it was kind of funny that the Baptists didn't allow drinking, card playing or dancing. Dancing? Really?  Canasta? Come on.

Now I can make a strong case for all three.  Not all dancing, certainly. But you see the problem we can have with dancing. 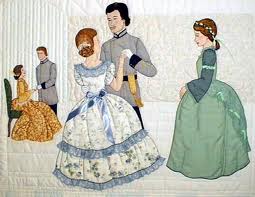 And before you laugh and say, "Yes! Nowadays! That dancing is sinful to watch, let alone, well, dance!", consider that when the waltz was invented it was scandalous because the man held the woman in his arms while they danced.  That could lead to lust.  Even today.  Maybe those Baptists are onto something.

So before we move on to a couple of questions that have arisen from these thoughts, let me leave you with this important information.  The reason some sins are called mortal sins is because they kill your soul.  Small sins turn your attention from God to other things.  Big sins cut you off from God altogether.  But it isn't God turning away from you. It's you turning away from God.  A mortal sin is when you turn away from God on purpose.

Thank you, Sister! I always find this to be a challenging concept to teach my middle school religion students. Why is it that we tend to want to know how far we can go without falling over the edge? I would stay away from the edge at all costs. It is quite freeing to have developed enough self-discipline to know when to stop any given activity (drinking, eating, sleeping, video games) before lines are crossed. And, to some extent, we can draw those lines for ourselves, as long as they are within acceptable limits. I've known married couples who dated several people before choosing a spouse, and sharing appropriate affection within each relationship. I've known others who have decided to wait until marriage until they experience their first kiss. I say, "Good for them!" but I sure couldn't do it. I can certainly see the Baptists' viewpoint on dancing, though. The girl is right there in your arms, so you sneak in a little suggestive move and then pretend like you didn't, unless she responds with her own little suggestive move, which is the green light to go further!

Keep track of the small sins, those are the one we sometimes don’t remember in confession and they add up. When you turn away often enough you may not remember to turn back.

I couldn't find a link for submitting questions - so I thought I'd just write mine here. I am looking for a saint that can help me with rest, relaxation, and the pursuit of pleasure. I am a workaholic and type A personality. I'm also co-dependent. All of this adds up to me coming in last in my life. I absolutely have to change this and I need some help. I thought if I had a patron saint of pleasure and/or relaxation, I could ask him/her for help everyday until I develop some healthy life balance. Thank you!!

Sister,
I'm getting nervous about you not posting. I'm praying that you are okay. Please let us know. I miss you.