There was a time when I did lectures and fielded questions. That brief time is in part what spurred me to start this blog, because the questions were always very interesting and heartfelt and sometimes kind of funny and sometimes surprisingly misguided. I thought it all might make for a good read. 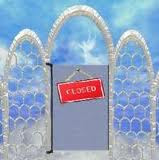 One time I got this question from the floor and just the other day here it is again from a reader:Hello Sister. I just have a quick question. I am a Protestant and my Catholic friend told me that according to Catholic Church teachings I can still get into Heaven. I did not think that was the official position of the Church. So what's the verdict? Can Protestants get into Heaven? What about non-denominational Christians? Mormons? I tried consulting the Catechism on this subject but it confused me a bit.

When I got this question from the live group there was a priest sitting in the front row.  I told the lady who asked  the question, "The Church believes that only Catholics can get to Heaven."

The priest nodded his approval.

"But the Church doesn't believe that only Catholics can get to Heaven."

And you say the Catechism confused you? I understand. You have to read between the lines.
First of all we have this:

"Those who die in God's grace and friendship and are perfectly purified live for ever with Christ."

That would indicate that non Catholics will see the welcome mat at the Pearly Gates. But the Catechism goes on to state:

"By virtue of our apostolic authority, we define the following: According to the general disposition of God, the souls of all the saints . . . and other faithful who died after receiving Christ's holy Baptism (provided they were not in need of purification when they died, . . . or, if they then did need or will need some purification, when they have been purified after death, . . .) already before they take up their bodies again and before the general judgment - and this since the Ascension of our Lord and Savior Jesus Christ into heaven - have been, are and will be in heaven, in the heavenly Kingdom and celestial paradise with Christ, joined to the company of the holy angels. Since the Passion and death of our Lord Jesus Christ, these souls have seen and do see the divine essence with an intuitive vision, and even face to face, without the mediation of any creature. "


So, now we're also talking Baptism. Okay. The other Christian denominations have Baptism, too. So we've closed the gate on the Wiccans and Buddhists, but there's still a turn style for Baptists and Presbyterians. 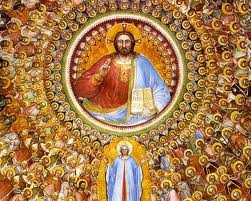 But then the Catechism goes on to say:

"This perfect life with the Most Holy Trinity - this communion of life and love with the Trinity, with the Virgin Mary, the angels and all the blessed - is called "heaven."

The Virgin Mary, the angels and all the blessed--that would be saints--that's Catholic.  And maybe Episcopal, a little bit.


I think if we had a priest sitting in front of us, he would nod if I explained it this way:


We know that you can only get to Heaven if you are a follower of Christ, because Jesus said that you could only get to Heaven through Him. So that much is a given.  And we, as Catholics, believe that the most perfect way to be a follower of Christ is to be a Catholic. The Catholic Church is 100% on board with that line of thinking. The Catholic Church is the church that Jesus Himself founded while he was alive on earth.  He didn't found the Mormon Church, He didn't found the Episcopal Church and he didn't found the Jehovah's Witnesses.


That's why the Catholic Church basically believes that you have to be Catholic to get to Heaven. 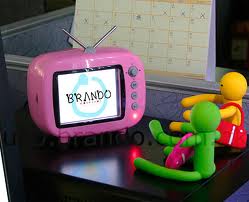 The priest is already nodding...


It's up to God who gets in.  If God feels that you are in His friendship and grace, you're in.


But since we know for a fact that Jesus founded a whole church so you could achieve that, why would you take the chance that God wouldn't think, "Say, listen here, I went through a lot of trouble to send my Son there and He went through an awful ordeal to set up this channel between Me and you.  Don't watch this movie on your cell phone when you have a big flat screen TV."

I've just resorted to "I'll find out when I get there".

I always got the impression from our pastor that you don't have to be Catholic to get to Heaven, but you'll become one once you're there.

Excellent. This is the type of answer that makes my poor grade 9 religion class's collective head explode. And I just shrug and say, "I'm not God, He's a mysterious Guy."

Every person is made in the image of God, and so we carry in us our conscience that connects us to God's will. It is therefore possible that by always listening to one's conscience and acting accordingly, a person can go to Heaven who has never in his or her life heard of Jesus. The same applies to non-Catholic Christians. But as Sister Mary Martha said, the Catholic Church makes it a lot easier, especially with the graces that we receive through the Sacraments.
Unfortunately I don't have my catechism with me right now, otherwise I could provide some supporting quotes.

Well, there's also invincible ignorance to consider, not so much for Christians, who aren't ignorant of God, but for non-Christians :)

I'm going to have to put a big fat NOT in front of the comment about just following your conscience. Your conscience needs to be correctly formed in order for it to be useful for following. And how does it become correctly formed? A hint is that it doesn't happen by licking your finger and holding it up in the air to see which way the wind is blowing, although current popular opinion may say otherwise.

I LOVE THIS BLOG THREAD! "Work while it is day because when night comes no man works" Each and every one of us is here for a reason, we may call it large or small, but never has the church called a members work small. ( The Church has called a title large or small, example; Lawyers are in the bible are neither large nor small and are considered *owned by the church in that the church has them: example; a court judge is biblically a small people. One Apostle asked stupid Church members, 'Why are you going to the least of us for an answer, the judge?' speaking of members that claim they can not find a peaceful answer to a personal problem within the Church, and must leave the Church's truth and seek *it in a court room before they can rest assured they are going to heaven. The Church has called certain actions or examples small, certain life styles small. The Church just barely was able to get an Eunuch to join, I doubt they will not talk much about the likes. The Eunuch is of sort a self sustaining individual capable of saving himself, he did not choose his title but it was endowed on he, similar with and equal to how the Church canonizes a simple member. I doubt the church will hear more. :) The Church DOES explain that on our way to being perfect we will need the help of so called unsaved people, ( I can quote hundreds of scriptures, but won't, asking us to trust in the unrighteous mammon ( unrighteous mammon or dirty wealthy or stinking smart )) for survival and salvation and the Church AGREES with this one hundred percent ( 100% ). The best President we ever had was a "filthy rich" Roman Catholic named John Fitzgerald Kennedy and he was shot during his first days of being President ( go figure ). What will the church say, 'He was not President long enough to be canonized a saint'? Yes. Scripture speaks of a married woman's righteous desire to please her husband, simply that "she will go far seeking what pleases her husband at home". Her husband might ask "So just where has my lovely wife been today chuckle chuckle"? Where has this heaven bound woman been that she appears so Holy, were they saved too?? No, the bible said "far", NOT 'easily recognized as the usual means of gain'. And finally ( the Catholics and all will hate this ) I can and will at times enter different Churches, Baptist, Pentecostal, Lutheran, Methodist, Episcopal, and you may add more, in order to get my filling, and I feel NO guilt. Meaning, I am going to heaven. Hope this helps.

"Don't watch this movie on your cell phone when you have a big flat screen TV."