I am behind the eight ball. I think that even if I was in front of the eight ball I would be mowed down by the eight ball. We are so busy with Thanksgiving just around the corner. Sister St. Aloysius is up to her eyeballs in new pie recipes. She likes to make at least one new thing per holiday. I say, "give it the Fiacre test. Show Sister Mary Fiacre a picture of the new pie and see if you get any response. If she perks up, there's your winner."

I've mentioned before that we are big coupon clippers. There are great recipes around this time of year with accompanying coupons. I know the two of them are putting their head and a half together.

And of course our little saint matching business always picks up around the holidays, as we make a great stocking stuffer.

So if that wasn't enough to keep me hopping, I have jury duty. I have to report bright and early at the court house to put in for my good citizenship medal. If I'm lucky, they'll toss me 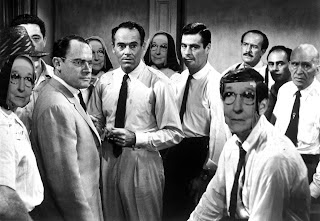 right on out and I'll be home by noon for lunch and can pop back over to school to mimeograph the songs for our Christmas program.

(Not really. We don't mimeograph anymore. That's good, because I think people enjoyed inhaling the mimeograph ink way too much. On the other hand, the office staff was almost always in a good mood. Then again, try to find something that was supposed to be filed! No wonder they never seemed to care when things went missing.)

I can't picture myself on a jury. I'm not very gung ho about criminal justice. People 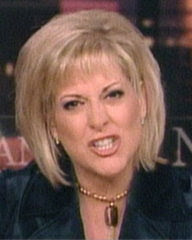 like that Nancy Grace woman scare me. I'm amazed that a woman named "grace" enjoys the prospect of revenge so very much. I can't believe a woman named "grace" can spend an hour a day gossiping about alleged criminal behavior based on the thin air of the opinion of another guest who enjoys revenge as much as Nancy does.

I also can't picture myself looking at the poor sad saps that have committed crimes (or not)and being the person responsible for jailing the pathetic bird. I would rather pray for them.

I suppose I can do both. I am one of those people who can walk and talk at the same time, although at my age, if I talk too much while I'm walking, I get winded.

So tomorrow I'll be at the court house until someone figures out I might not make a good juror. I'll let you know how it turns out.

Meanwhile, I've been so behind, if I've missed answering anyone's questions, please be so kind as to ask again to remind me. I promise I'll catch up. This is the only question I'm aware that I've missed:

Is this the convent cat?

No, that is Nora, the cat that plays the piano. Teddy has no talent. 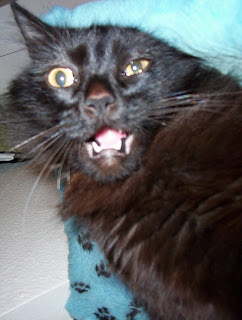 Perhaps that isn't fair. He is a good mouser and he is the mayor of our block. He stands outside on the sidewalk at rush hour (morning and evening) and greets everyone going to and coming from work. He's very punctual and conscientious. When he wants back in he knocks on the door. We've never seen him do it, but we hear the knock. I think he somehow slams the screen door into the door jam and it sounds like knocking. It's not talent. But is it polite.
Posted by Sister Mary Martha at 3:28 PM

Loved your post. God be with you in the court room tomorrow.

Don't worry, Sister. Neither of the lawyers will want a person on the jury who looks like she thinks right & wrong actually exist.

Oh, Sister, I had jury duty 3 weeks ago and I was out of there by lunch time with a crisp $20 bill in my pocket (to cover "expenses"). It felt good to do my civic duty! LOL!

my dear husband had jury duty earlier this year. It was great. He was home till 10 most mornings (helping me get the children to school) and home by 4 most afternoons. He also really liked sitting in and listening to the case.

They do jury duty for a month here. Is it the same amount of time there?

i'm muslim..and I have some questions about Christianity if you can help..."others can help too if they wish"...my questions are based on the biblical verses...
I do respect your belief and i mean no offence when i ask..

I am very happy to find this blog...i like your kindness and your style of writing!

please let me know if you would like to offer help...

Wouldn't life in general be better if we all admitted when we did something wrong and took our lumps? (Hey...that sounds like a Sacrament I know!)

The last time I had jury duty, I prayed for the defendants, good and bad. Every case had a plea bargain that week. Essentially, each defendant admitted to some degree that he or she had done wrong and took his or her lumps. My role was merely to be available should the defendant want a trial, which apparantly is like putting the fear of God into some people.

My husband's last jury duty involved a civil litigation, which was settled before they finished jury selection.

As an elementary school teacher, don't you find that you are judge, jury, and bailiff all together, from time to time?

Amjad--Sincere questions are just about always welcome.
But you need ask one to get an answer. :)

Heather is right--ask away, we love God and our religion and as Catholics we're more endurable than the old Timex--we take a lickin' and keep on tickin'. Boy does that show my age.
On a past note to all who are regulars here--I found my egg basket!! THANK YOU ST ANTHONY!!!!
If you are now wondering why an egg basket is so important the reason is they are so darn handy. I not only use them to gather eggs but every gardener should have at least one. My husband digs the potatoes then washes them down right in the basket, the soil, bugs and water all drain away and clean potatoes come in the house. Works for most garden produce. Forgive my long post but I am so full of joy!!!

but first,please do not be offended...i respect ur religion as i said before.

you believe that Jesus was sent to save people and sacrifice himself so people can be purified from their sins...


you depend on this verse to prove that:"16"For God so loved the world that he gave his one and only Son,[a] that whoever believes in him shall not perish but have eternal life."(john(3:16)


but what i donot understand is
1-why did not other injeels "except John's" mention that Jesus is the son of God,although it is a basic beleif in Christianity?


2-you can see here in this verse :"24The Son of Man will go just as it is written about him. But woe to that man who betrays the Son of Man! It would be better for him if he had not been born."matthew 26:24


donot u think Jesus should had said "paradise or praise to the man who betrays the son of man instead of woe!"?


finally:
if you read the bible,u will notice that Jesus was sad and prayed alot to be saved from the hour of his murder ...for example,"27"Now my heart is troubled, and what shall I say? 'Father, save me from this hour'? No, it was for this very reason I came to this hour." john 12:27

if Jesus was sent to be sacrificed, then do not you think Jesus must have a party in that hour instead of carying and praying to be saved?

waiting for ur replays

Sister Mary Martha,
Surely you have a patron saint to call on in this hour of need! I wonder who would be a good candidate?
Love your posts!

Can we answer 1 at a time?
I am not sure of the word "injeel", but I think you mean the writers of the other gospels (we call these evangelists). John was the last gospel to be written. The first three gospels are called "synoptic" because they are very similar. John was the last of the apostles to die and he wrote his gospel near the end of his life specifically to record those things which were not already in the gospels already written. He himself says at the end of his gospel that the gospels do not record everything Jesus said and did (that there are not enough books in the world to do so.) The other gospels contain enough evidence to show Jesus to be God and the Son of God, but John felt the need to be very explicit.

Dear Sister, I would never have mentioned it again if you hadn't asked, but I did have two question --one about discerning vocations (any advice?)and another about Day of the Dead and the altars dead people (relatives mostly) our parish school created to celebrate. I can see you have some large and important questions to answer lately so ....

By the way, if you had scruples about the fairness of the Los Angeles justice system & felt that you could not in good conscious vote guilty, it would be good to mention that as early in the day as possible. You're unlikely to get on the jury especially if you wear your habit, and they don't ask for much attention, so it may turn out to be sort of pleasant. I try to treat it as an impromptu, government-ordered retreat day.

As always thanks for your wonderful blog. We are so fortunate that you take the time & energy to do it.

Amjad,
if I understand correctly, you are wondering why we rejoice for the resurrection of Jesus, yet mourn the death that had to come before it, and call that killing a crime.

It is because no matter how much good God chooses to bring forth from any action, each action and choice is judged on its own. To kill a man who has done nobody any harm is always bad. To restore the dead to life is always good.

Furthermore, though Jesus knew he would rise from death, it doesn't seem that anyone else believed him when he said so. Judas made his choice so that Jesus would die forever, not so that he could rise.

Also, if you read Paul's epistles, he makes it quite clear that we are not to do evil so that God can do good. While God knows what good he will bring forth from our evil, we cannot. We only know what evil we do.