We had such a wonderful response from Alexa on yesterday's post that I thought I would let her speak for us today. Please give a warm round of applause to our guest today
Alexa said...

I'm almost afraid to post a comment because I get shot down so often when I do -- but usually it's because I don't word my comments very well. 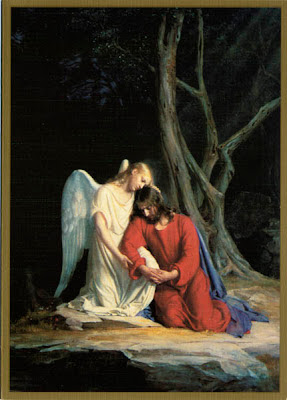 died at the age of 37. I was 36 when he died. We'd been married for almost 14 years. He had rapid, chronic multiple sclerosis and by the time he died he had been bedridden, incontinent, blind, catheterized, colostomy, feeding tube in this stomach, could only move one arm - and that wiggled all over the place, he was blind and his legs could no longer straighten out.

He had his first seizure on our honeymoon in Orlando, Fla. due to the heat we think.

We didn't get his diagnosis until shortly after our 2nd anniversary - and we thought he would only go blind because that was his worst symptom at the time... so, he took Braille but had to give it up because it soon became apparent that he couldn't feel the bumps. We had a baby thinking that we'd better hurry up or he wouldn't be able to SEE the child - much less play with him - and he lost his job when I was 3 months pregnant with our son.

Our son was born and soon afterwards my husband had to start using a walker - but he had rapid, chronic and progressive - never a remission to his case. By the time our son was 5, my husband was bed bound in a hospital bed in our living room and I cared for him until he died in my arms from septicemia, pneumonia and a UTI.

We were unable to have conjugal relations from when I was approximately 24 until he died - when I was 36.

I remained faithful to him and I grew in so many ways from that experience. I loved him when I married him - but in a way it was such an immature love - I learned so much about love from those 14 years of my life. So much about LIFE and the sanctity of it and the dignity of it and the wonderfulness of it - just as it is - without the accoutrements of wealth or fame or eye appeal. I learned that our life is here to serve others - and I don't mean specifically MY life serving my late husband either - I mean HIS life served ME and gave ME the knowledge of the dignity of MY life -- that I could partake in his suffering made me realize that I could partake in Jesus' suffering - and in the suffering of all the pain in the whole world. And the value of it.

Pain and suffering would have no value if Christ had not come into this world to redeem us. We can't have a 1/2 full cup unless we also have a 1/2 empty cup.

Our son grew up to be a phenomenal person. He's 25 now. Not the brightest bulb on the tree, but kind and generous and so very loving.

I wouldn't trade what I've been through for all the tea in China - nor would I ask to do it again though.

Many thanks, Alexa, for sharing your beautiful story with us. Thank you, SMM, for posting it.

God bless you both.
Debbie

I guess I can stop complaining about my hubs' leaving the dirty clothes on the floor now. Wow. Talk about a little perspective for the day. I'm gonna go hug that man right now!

And Laura? Way early in our marriage, George used to leave his clothes on the floor too! Right beside the hamper. It infuriated me! LOL

I've gotten to know Alexa in my life and this is so real. Having had something like this...just not as lengthy in years, I want to say that I agree with her last statement as well. It is hard to explain, but one learns so much and yet who longs for more of it? Still we will have our hills and valleys even afterwards, but we also have someone up in Heaven supporting us by the way they handled things here and it is something that we will never be able to fully explain or forget.
God bless all! Maybe as Mother Teresa would say, we had the face of Christ..did we realize it and did we grow from it? Do we realize that His Face is in plenty of other places? Grow today in peace and wisdom, as one of my good friends, says. :) Suz

Alexa, thanks for posting. I am gathering strength from you. You and Him are amazing. What a witness you are.

Amazing isn't it - at the time of our greatest need the help or message we need is placed in front of us. So it was for me this morning reading this post.

Thank you for the inspiring post. You truly lived Christ's message. And it was okay to get 'b*tchy' sometimes...even Jesus got angry and even turned over tables sometimes.

Thank you for your story.
In Christ,
La Bibliotecaria Laura

I was very moved by this. How many people would have the opposite thought? "We certainly can't have a baby now, how would we take care of him?"

Every time you write about George I learn something new. Thanks for sharing this once again Alexa!