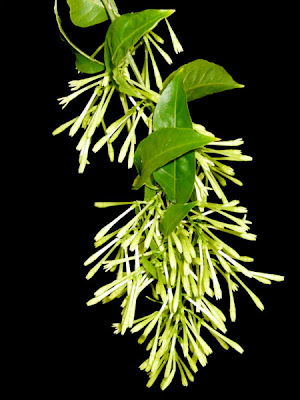 There is a very pleasant phenomenon here in Southern California. It usually happens sometime in January, but we had such a cold January (for us!) it didn't happen until now. At night, the air is full of the fragrance of jasmine. No matter where you go, from the coast to the valleys, to downtown and skid row, you will practically be overwhelmed by the smell of night blooming jasmine. It's only in the evening. A reminder that Lent is upon us. Time to do some heavy lifting.
I wanted to know if there was a Patron Saint for holding grudges. My father-in-law asked my husband for a large sum of money to help prevent forclosure on property. So my husband, wanting to help out his family, gave him the money but it completly depleated our savings. Now we have hit a speedbump(crashing and burning) in our finances and are barely scraping by. We have two babies and I know I shouldn't be mad or hold a grudge, he needed help and he's family and our bills our paid as of now, but I cant help it. I'm so mad I could scream! Pray for me please
I can think of a couple of saints who would fit the bill, but let's back this truck up for a moment. Are you mad at your father in law? Or are you mad at your husband? Or are you mad at yourself?
In any case, some forgiveness is at hand. We hope.
To begin with, it sounds a little like you weren't so happy about this idea your husband had to help out his dad. So it seems to me that you are mad at either your husband for giving away your savings, or mad at yourself for not intervening in some way with at least some sort of plan to recoup the money.
And at the risk of sticking my nose where it doesn't belong and playing armchair psychologist....well, here I go....
Does anyone remember that huggy shrink that used to be on TV? I think he had a radio show as well. I used to enjoy listening to him, because after he analyzed the problem, he actually would say, "Here's what you need to say and do." And he would give people the exact words to say.
One of the things he often said was, "anger is unresolved hurt". I mulled that one over and over. I think he's onto something here. Even when someone cuts you off in traffic and you have that flash of anger, why are you angry that you've been cut off in traffic? Because you actually have had your feelings hurt that someone would just disrespect you that way and zoom in front of you, the selfish things. And all you can do is honk and flap your mouth (because just about anything you could do after that would be a sin).
I'm crawling out on a limb here and thinking that you are hurt. You were hurt when the money was given away. You are hurt that it's gone. You are hurt that you have to struggle now to make ends meet. You are hurt that no one seems to be talking about replacing this money.
How do you resolve the hurt? Can't the three of you sit down and talk about this missing money and make some sort of plan to get it back, have it paid back? Can't you say to your husband, "I know it's a lovely thing to do to give your father the money he needed, but I feel terrible that our savings are gone and we're struggling and no plan has been made to recoup our loss"?
I think that would go a long way to resolve your anger, saints notwithstanding.
Is your father in law dancing around like the gingerbread man with your missing money? "You can't catch me!" Or is he still struggling financially as well? 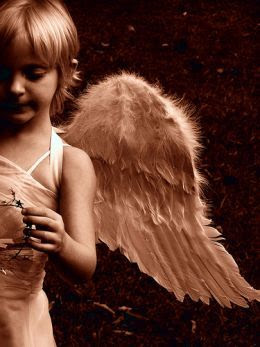 And now, my added two cents. Let it go. Your husband did a wonderful thing. Be proud. It's only money. It comes, it goes. If you worry about getting money back that you gave away, be sure and never give away money again.
But that would be a shame. Give it away again and again. Consider the lilies. They neither toil nor spin. The world is just as beautiful without money. Love is just as important without money. Children are just as sweet without money.
Patron saints for you? I'd go with St. Peter, the patron saint of anger management. Peter had a bit of a temper, you may recall. A little impetuous, that one.
And the Infant of Prague, the patron saint of financial stability.
Dear Sister Mary Martha, 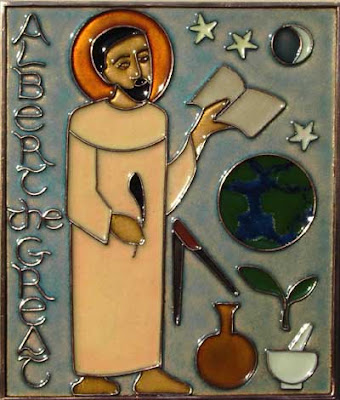 I'm in need of a lot of help, as well as my peers. I am a college student currently taking organic chemistry, which is throwing me through fire loops! Granted I love my vocation as a student deeply, I was wondering if you knew of a patron saint I could especially ask for help from. Any chemists out there?
I have to go along with one of my readers who made the suggestion to you of St. Albert the Great. The saint who knew everything there was to know, he was so fabulous at science that back in the 13th century people thought he was a magician or a wizard.
And for those fiery hoops: St. Catherine of Alexandria. No slouch herself in the education department, flames wouldn't touch her.
Posted by Sister Mary Martha at 12:14 PM

Interesting advice about giving/lending money. Hard to give it up when it is so badly needed at the source in this situation, but hopefully, those blessings will return to this couple. Every time I read this blog, I learn valuable lessons....thanks!

Oh how I miss the night blooming jasmine that brightened my Januarys and Februarys for the 51 years I lived there! Oregon has it's splendors, but has not the jasmine.

Do you have any good saints for friend troubles?

I'm 15 years old, and have an amazing catholic guy friend who my parents love. We both like each-other a lot, but as neither of us is allowed to date till we are 18, we are just friends. Only problem is, all my friends are giving me a tough time about it. Half of them are horrified I hang out and talk to the guy, the other half are shocked that we don't make out- or even kiss; and they all give me long thought out speeches about what I'm doing wrong whenever they have the chance. All of them are driving me up the wall, and with so many mixed messages coming from everybody (different priests, friends, and relatives) I'm ready to give up on all of them and move to a different country! Any good saints to help me with all these 'friends'?

Ooh, wish I could be in Southern California now as I can't think of anything nicer smelling than jasmine.

I think the woman should have her husband talk to his father and tell him that their finances have changed and he needs the money for their own stability. Then see if he can work out a payment plan. There is a difference between helping family and becoming a jack ass.

Read about St Albert. And so is it still people claiming that religion and science are enemies and never, ever can be friends. Pah!

I hope it will work out for the young couple. Having no money is a strain!