We have some lingering holiday questions to address that went wanting while we drank eggnog.  Although I'm sure most have you have now chucked your crispy old Christmas trees to the curb, we still have work to do.  About that Good King Wenceslas number:


The author of the song was a protestant minister and wanted to high light acts of charity rather than, say, Eucharistic Adoration, so he changed the story around.


That's what I was told, and I'd love to know if it's the truth! I care very much because St. Wenceslaus is my name saint. Have you heard this before?

I have not heard that before and it doesn't really ring true to me. While I could see how some separated brethren writing a Christmas carol would change a story from a King going out for Eucharist Adoration to something else, the separated brethren are not high on emphasizing charitable acts as a path to Heaven, either. 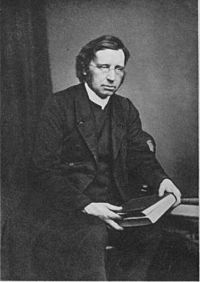 The man who penned the Wenceslas ditty,  John Mason Neale, did change around a song to tell his story.  He actually took an old spring song and dumped those lyrics, replacing them with the good king.  Here's the timeline on the whole shebang: Duke Wenceslas the actual person, early 10th century,  Old Spring song ("Now is the time for flowering"), early 16th century, Good King Wenceslas, the Christmas Carol, 1853.

Was Duke Wenceslas headed out for Eucharist Adoration when the poor man came in sight?  There is nothing to suggest that that is the true story.  Writing about Wenceslas in 1119, a chronicler stated:

But his deeds I think you know better than I could tell you; for, as is read in his Passion, no one doubts that, rising every night from his noble bed, with bare feet and only one chamberlain, he went around to God’s churches and gave alms generously to widows, orphans, those in prison and afflicted by every difficulty, so much so that he was considered, not a prince, but the father of all the wretched.

This activity, whether true or not, prompted a Pope to get out and walk around in the snow in his bare feet as well.  The Pope and his feet survived the ordeal.

Also, Rev. Neale wrote the song for Boxing Day, another indication that the song didn't change the story.  It's a good Boxing Day story, isn't it?

And yes, Wenceslas was not a king, but a duke.  But he was given the honorarium "King" because of his devotion in spite of his high status.

It is a Protestant song, I'll give you that.  Neale was a big deal in the Anglican church, a big enough deal that his attitudes were suppressed by his bishop for 14 years. 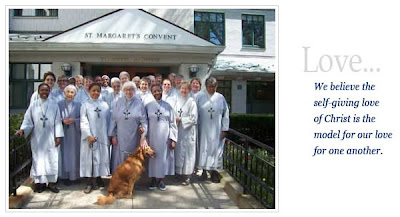 The truly interesting thing in all of this is the story of Neale. He founded  the Society of St. Margaret, which was a group of women dedicated to nursing the sick.  What does that sound like to you?  He founded an order of Sisters.  So right away that was suspect by the separated brethren, separated at this point in time by only 300 years.  They had just lost John Newman to the Catholics and they did not like anything that smacked on Catholicism. St. Margaret, indeed. The powers that be thought that perhaps Rev. Neale was a Vatican plant, sent to subvert their church (that was based on subversion from the Catholic Church).

What goes around comes around, eh?

Rev. Neale was mauled at the funeral of one of his Sisters and he was threatened on other occasions with stoning and people who wanted to burn down his house.  In the end, he and his Sisters survived and thrived, living on to do good deeds.
Posted by Sister Mary Martha at 8:00 AM

"the Truth has a way of setting itself free."

I am Anglican and I love your blog. I wish very much that Orthodox, Roman Catholic, and Anglican churches could all be united once again.

@Jenni - B16 is trying to help with that. Have you heard of (or read) Anglicanorum Coetibus? Whole parishes of Anglicans, along with their pastor, are reuniting with the Catholic church!

Yes I have heard...it is certainly exciting. I do not, however, live near one of those congregations. But I am excited about the work towards unity. We pray for unity to be restored each Sunday.

Just stumbled on this researching Neale's feast day today! The questioner's seems an unlikely theory, given that Neale was the first priest in the CofE to reintroduce Benediction since the Reformation! (Convents being extra-parochial and therefore easier places to get away with such things in Victorian England).