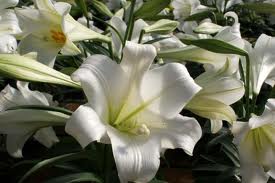 Happy Easter!    Full of ham?  I am. Which is close to miraculous. Our standards for the miraculous are very high.   I could have used an actual miracle. Instantaneous and unexplained.

I had quite a time of it this week.  Whatever I had hoped to accomplish by giving up things for Lent was trumped by the most brilliant opportunity for suffering and an end, once and for all, to my dilemma of the McDonald Fish sandwich.

We had quite the plan, lining up the Easter lilies for the altar, and the other Easter decorations so that we'd have a smooth transition from the stripped down sancutary to the Glory of Easter.  We were like a well oiled machine! The florist was on board.  The white drapery for the cross was at the dry cleaners.  We spent the day with the plastic bottle of Murphy's Oil Soap and some elbow grease and got to work on the pews.  Sister St. Aloysius started on the left and I began on the right.  We had Sister Mary Fiacre parked in the middle.  She turned out to be a rather good marker as to where we were in our work.

The Friday before Good Friday.  We had had such a productive day I decided to throw caution to the wind, and my Lenten fish sandwiches issues, and grab one.

It will be a cold day in Hell when I do that again.

Within about two hours, I realized that the fish sandwich was very much still with me.  Three hours, four, still tasting the tartar sauce. My stomach started to hurt.

I'll spare you the gory details.  Let's just say I had a lot of suffering to offer up. For about five days.

I thought about what that poor soul said when he visited St. Catherine.  She had been at his death bed only an hour before and there he was, asking her to pray for him. He told her he had been in Purgatory for sixty years!  She felt really bad having to break the news to him that it had only been an hour that seemed like sixty years. 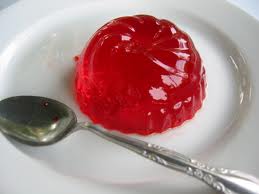 On Holy Thursday, I graduated to mashed potatoes.  I rediscovered ginger ale.

Poor Sister St. Aloysius  had to do everything herself.  Well. not all by herself. The Ladies of Charity chipped in.  But she is really not comfortable with bossing people around.  Bossing is called for at every turn.

Like Jesus, I rose from the dead for Easter!  Sister St. Aloysius and the gals did a wonderful job.  Not the way I would have done it, with the lilies sort of scattered all around instead of grouped together, but the effect was lovely.  Perhaps we'll keep in that way next year, unless some fussy old goats fuss about it.  You wouldn't believe the things people fuss about, even on Easter.

So here I am back at work and ready to tackle all the questions that have piled up during my trip to Little Purgatory.

And I'll never have to think about those fish sandwiches again.

I'll go ahead and eat them and offer up my suffering at the very thought.

The dilemma lives on.  Oh well.
Posted by Sister Mary Martha at 11:18 PM

That jello. Oh that jello made my mouth water. Sorry, I honestly didn't read the rest of the post now.

SISTER! You are back. I thought you were just busy with Easter...then I began to think that you or one in your little community was sick. I prayed for you. So glad you are well.

When you are caught up can you spend some time discussing the different kind of monastics? I know that Benedictines are, but are there others? What do they do? Are they allowed to leave the monastery? Can women live in a monastery? Thank you.

Perhaps the tarter sauce was not kept at the correct temperature..

So sorry to hear of your illness, Sister. I'm glad to know you're feeling better!

Sorry you were so sick! Glad you are feeling better. Christ has risen!

Christ is risen indeed!
Have no idea how to name the saint in feet, so I'll just be blunt: Saint Waltrude (French: Waudru, Dutch: Waldetrudis

Hello Sister Mary Martha. This is my first visit to your blog as I just discovered it. I read and enjoyed several of your blogs.

I have a prayer request. Val has struggled with cancer for several years. It started in her female parts, improved considerably with treatment and prayer.

Unfortunately, it moved on to other parts, appeared to clear up and is now in her lungs, abdomen, and so on. Val (and her family) are deeply spiritual. Val (and her family) has been for numerous times at our Lady of Walsingham shrine (Wisconsin). But I feel we need some extensive prayer warrior support. Please prayer continually for Val's healing.

Your "preoccupation"with fish sandwiches may be a little along the lines of Captain Ahab and Moby Dick; or that of a friend of mine who obsessed about avoiding white- tailed-flesh-eating spiders, until , inevitably, he was bitten by one, and suffered accordingly.
Now that it is all out of your system, as it were, you can press on, liberated from the desire to eat another fish sandwich.
And, as I always tell everybody who has suffered from food poisoning, the rule of thumb is white food only, until fully recovered.

Hello Sister, so glad to see you are back and I'm very sorry to hear you were sick. I have only just discovered your blog a few days ago and what a treat it is! I want to share it with all of my Catholic (and non-Catholic too) friends/family! No question for you at present but I'm sure that will change. Thank you for sharing your knowledge and humor with us (your readers)- I hope we get many more years of your sharing!

That just goes to show how tough nuns are.
:-D

glad you're back sister. I was fussing on Easter, of course. My family and i got there half an hour early and were able to sit. We had 6 people stuffed into a row that could comfortably hold 5, but it's all good. The family sitting in front of us had 4 people sitting in their pew that could comfortably seat 5. Father came out a few minutes before Mass started, when people were lining the walls, and asked everyone to squeeze in. Dad in front of us stretched out his arms along the back of the pew, comfortably crossed his legs, and proceeded to not move his family of 4 at all to even let one person sit down. I was peeved. I continued peeved through the whole Mass, no matter how much I tried to concentrate on the fact that it was Easter. At least this family was thoughtful enough to give someone a seat when they left right after Communion. I kept telling myself that being able to sit at Easter service is a first world problem. Myself didn't seem to care.

So happy you feel better, Sister! Now for my question: Why is it that people genuflect after the priest, and not with the priest, at the stations of the cross? We genuflect together during the Angelus. We make the sign of the cross together all through the mass. I can't think of a single gesture (words, yes, but gestures, no) that we do separately. (Please, dear readers, do not volunteer that we gesture back and forth when the priest extends his arms and says, "The Lord be with you" and then people in the pew gesture back at him. We are not supposed to do that. Check your GIRM!) Anyway, the words, "We ADORE you, O Christ" are the words to which we should be genuflecting, correct? They are the words of adoration. Why would you genuflect while saying, "because by your cross..." ?? Hopefully, we can do a better job of it next year.