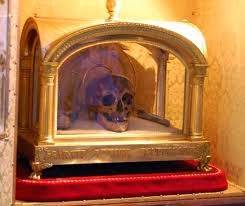 I purchased a Beautiful Infant of Prague Statue at our local St. Vincent DePaul store.When I got home I discovered a small round piece of something stuffed up inside and then tissue stuffed inside to hold it in. It looks like a small round stone or bone item. Would you have any idea what people may have put inside there statues?


There: a place. They're: Contraction for "they are". Their: belonging to them. Copy this and put it on your refrigerator.

What did they put inside their statues? Is it white? If it's white, I imagine it is a bone, a relic of a saint.

If it's not a relic, then I have no idea what they put in there, in their statue, or why.

It's supposedly much harder to get your hands on a relic than it used to be. There was a time when you could write a letter requesting a relic and voila! But the Church would rather that individuals not have them these days. I don't really know why. Maybe they are worried about running low.

Flying in the face of this information is an individual I met who wrote for a relic and got one. Bingo! Just like that. I think he somehow slipped through the cracks. Because now, in order to request a first class relic, you have to have a letter from the Bishop stating that the relic is not for private veneration. First class relics are only for public veneration. 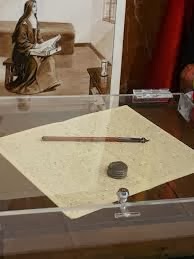 There are three types of relics:
1. First class is an actual piece of the saint. A bone fragment, a hair...The St. Joseph Oratory in Montreal has St. Andre's heart in a jar. That would be a first class relic.

2. Second class relics are items that touched the saint while the saint was alive. A hair brush, an item of clothing, etc. 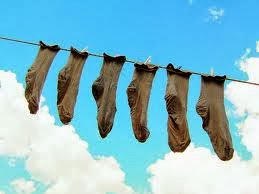 3. A third class relic is an item that touched a first or second class relic.  You can make your own third class relic pretty easily. The saint's tomb would count and you can use anything...your hanky or your rosary.  Don't use your socks. Be respectful.

So it seems to me that what you have there is a first class relic, a bone fragment, but we don't know to which saint it belonged.

You can't buy relics, by the way. But....you can buy them if it's the only way to save them from desecration. For example, if I was holding a relic over a furnace and telling you I would drop it in unless you gave me $10, you could do that and it wouldn't be a sin.

In Pittsburgh is located St. Anthony's Chapel. It has over 5000 relics and is one of the greatest collection in the world.

Dear Sister, Lately I have been trying to start my spiritual journey with God, but when I pray I often find myself just repeating empty words and I feel disconnected. Or I feel life I'm just going through the motions. Can you tell me how to actually feel God during prayer?

Take time to ponder on the meaning of each of the words when praying. Mouth out the words.