I would have thought that, with Sister Mary Fiacre gone to where the woodbine twineth (as my mother used to say...she has some good ones), that I would have more time on my hands. But nature abhors a vacuum (as someone said, whoever that was) and the opposite has proved to be the case. I'm sure this poor woman went to Wales and back already, however, in the interest of the next person who confuses tourist stops with pilgrimages, I'm going ahead with the answer: 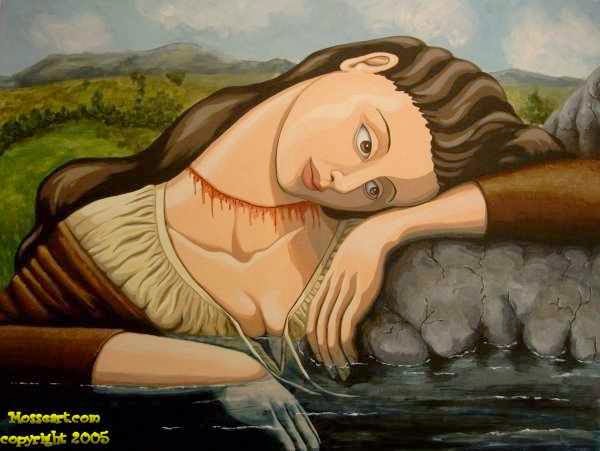 Sister, can you do something on pilgrimage? I'm going to Wales in a month and I'm not sure if I'm going on a pilgrimage or not. I'm planning on visiting as many ancient Christian sites as I can, from the days of the first Christians in Britain. One place I particularly want to go to is St. Winifred's well, because of all the Winifreds in my family. I'm planning on approaching it by foot on a day hike that includes some other historic holy sites. On the one hand, I truly believe a place can accrue holiness because of the faith of some many believers over so many years, including pre-Christian believers at some of these sites, and I want to connect with that on this trip. On the other, I'm not looking for a miracle and I'm not hoping to be healed by the waters or anything, and in fact I kind of have a feeling St. Winifred herself might be one of those saints the church has some doubts about these days, her story is so out apocryphal and out there (Her uncle reattaches her head after it's been cut off and she comes back to life? Come now!) so I think I can be pardoned for being a little skeptical about her herself. So am I going on a pilgrimage or am I just a tourist? Especially since I'm sure there was an aspect of tourism to the pilgrimages the folks did in the Middle Ages, as well.

Technically, you're just a tourist. That doesn't mean that you can't salvage a little pilgrimage action out of the deal.

Really, a pilgrimage is the WHOLE TRIP. A plan to visit a place that is brimming with holiness. It doesn't have to involve miracles or healings or leaving your crutches in a pile by the shrine. But the pilgrimage begins when you step out of your house.

Plus, there is no removing a modern pilgrimage from its historical origins. The idea that a person would want to visit a holy place to venerate the person, act (like say, martyrdom) or phenomenon that took place there, is pure human nature. It is an instinctive notion of the human heart.  And who made that nature, that heart? God did. So it follows that God would use that notion to aid in His grace and blessings. With me so far? 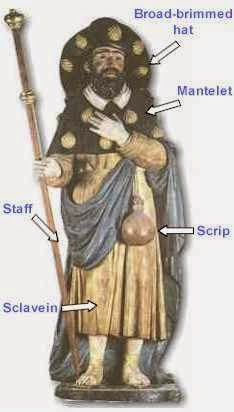 The Church then begins to assign pilgrimages as punishment, as penance. Back then, you didn't just go on Orbitz and book a flight and a room or sign up for the parish bus trip tour of incorrupt saints. No. You laid down your weapons, took off your shoes, walked from wherever you lived to wherever you had to go, BAREFOOT, with no money. The danger, the humility in your shoeless penitential garb, that is some punishment.

So if you follow what it might be like to pull that off, you have to understand that every barefoot step of the journey connects you to the goal.

And that's what you're missing by thinking of this tourist hike as a pilgrimage. It's not a part of a trip. It IS the trip, even though nowadays we keep our shoes on and fly and sing Kumbyah on the bus. (And have a bottle of wine in the hotel room with the other ladies on the trip, I am told.) There is a blessing of the staff to set you on your way. It's a whole big thing.

I think you can salvage some aspect of "pilgrimage" out of that hike, if you keep your mind on the journey.

I'm not sure why you'd really want to have a pilgrimage to St. Winifred's well, since you seem to not really .... care so much...for her story. I can't say I blame you. The poor thing has one of those "okay, nevermind" kind of saint stories that leaves us scratching our heads. The first part of her story is typical of the virgin martyr. When she spurns the man courting her, he becomes enraged and lops off her head. In one version of the story, her head rolls down the hill and a spring springs up (ala St. Bernadette). In another version, once her head is off, her uncle puts it back on. The perpetrator is standing around looking smug and Winifred's uncle curses him. The perpetrator drops dead on the spot and, as if that isn't punishment enough, the ground opens up and swallows him. But there is much more to her story than that.

I'm pretty sure that Winifred never lost her head, and it therefore never rolled down any hill, because we next find Winifred as a nun and the abbess at Gwyetherin in  Denbighshire.

St. Winifred was a real person. Historical records show that she was the abbess for 8 years, that she had a scar on her neck and that her uncle did kill Cadaroc (the perpetrator) for some reason. I think we can surmise that something unpleasant happened between them, but that Winifred walked away with her head on her shoulders.

Perhaps the legend sprang up because no one could believe she survived the attack. Or perhaps it just grew from people playing "telephone" and getting the details wrong. Whatever happened, Winifred was revered from the moment of her death.

This is very important. It means that pretty much everyone who knew her thought extremely highly of her, that she was worthy of veneration and that grace could flow through someone like her.

And that's what a pilgrimage is all about. Her shrine, St. Winifred's Well, is the only continuous shrine in Britain, where pilgrims have been coming for thirteen centuries. I think God would have but a KI-bosh on that a long time ago if he wanted our intrinsic nature to be focused elsewhere.
Posted by Sister Mary Martha at 3:07 PM

Sister, how does one send you a question? My stepdaughter, who I love, is trying to recover from alcoholism/addiction. Consequently she is keeping company with some...less than upright citizens as fellow travelers. She asked me who the patron saint of prisoners could be, for a newly sober friend who is headed for the big house for a crime committed under the influence. I'm stumped. I can't find an email address for you, so I hope this will reach your.

The well remains a truly holy, mysterious spot where you can still bathe in the waters and offer prayers. The well will touch your heart whether you approach it as a walking tourist or a pilgrim! It is popular with Irish travelers (gypsies) who very definitely see it as a pilgrimage site, bathing and leaving offerings (I've even seen tickets to Dublin left as offerings....) God bless!