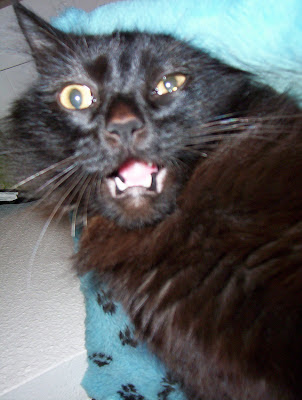 One of the things we uncovered in the great garden cleanup was our neighbor's cat, Romeo. I wouldn't know that his name is Romeo except that when he first moved to the neighborhood he wore a little cat collar with his name on it. I wouldn't have known about that either, except that Teddy tore it off of poor Romeo the first chance he got. The tag had Romeo's address. He lives on the corner. I returned the collar with our apologies. Several times.

He doesn't wear the collar anymore. But he does snooze in our garden. Teddy and Romeo peacefully co-exist. There is hope for the world. Maybe Teddy just didn't like the way that collar looked on Romeo and was trying to do him a favor. "Collars are for those slaves, the dogs!" he must have thought.

What I'm wondering is doesn't it say that many of those who had died were resurrected with Christ? Wouldn't they have bodies in Heaven?

"It" does say that. The New Testament mentions that a lot of people got up from the dead and walked around when Jesus died. It wasn't when Jesus was resurrected. It happened on Good Friday.

It's okay. Funerals weren't so expensive back then. 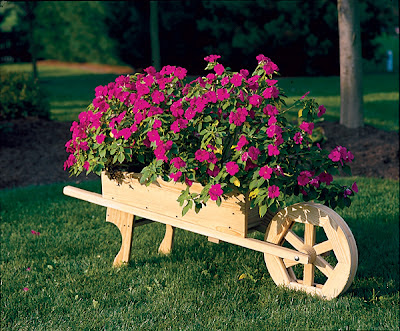 I've always imagined that they got to go and say a few words to the relatives or whoever and then went back to being dead later that day, so as not to be any trouble to anyone. If it were me, that's what I would have done, at least. They'd definitely want to get back to being dead, since the Gates of Heaven were finally open. I'm sure that's what they came back to tell everyone.

So only Mary and Jesus and maybe Elijah, if he didn't burn up in the atmosphere. They can use his chariot as a planter.

You're so funny, SSM. You make me cry. I was wondering if you knew of a patron saint who has a novena prayer for those who think that they may have a call to be a nun? Also, I was wondering if you and other nuns still use their name that was given at birth to sign a signature for something like a contract for a cell phone or whatever?

Marie already said it, but I'll say it again: You are so funny - how do think of this stuff (the planter--my mom will make a planter from almost anything!)

I don't mean to be rude, but I need to know - I have read your 'Profile' page and there is nothing to say from which religious order you are, etc; ie, how does one know you are a genuine nun from an established order?

This is sort of irrevelant, but I'll tell you anyway. I heard someone say that EVEN IF Jesus HAD ascended, he wouldn't be to heaven yet because, even if he travelled at the speed of light, he wouldn't be out of our solar system yet. Some people are hard to talk to. I like the planter idea though! Just not old tires painted white.

Sister Martha Mary, I have been talking with an atheist online and he asked me this question: When did the virgin Mary die and what happened at her death? Why isn't it in the bible?

What do you think? All I have found out is that some German nun said she died at the age of 64 in Turkey when I googled it. Can you say anything more about it?

Monica, I think that was a remark of Crossan's. As Jesus was in a glorified body that could walk through walls and, as he was somehow on the road to Emmaus, etc., I guess His body could go wherever He wanted as fast or as slowly as He wanted. Crossan, among other wolfish and foolish notions, seems to think that Heaven is a specific address beyond solar systems.

Melanie,
Why would Mary's death be in the Bible? Lots of things aren't in the Bible - as the Evangelists note - such as, for example, the death of Joseph. The Catechism has a section on Mary basically boiling down to: "What the Catholic faith believes about Mary is based on what it believes about Christ, and what it teaches about Mary illumines in turn its faith in Christ." CCC486

Michael, I wonder about this also; I doubt that you'll get an answer.

about my ? from the atheist

What about Enoch? Isn't it supposed that he was also taken into Heaven? Just thought I'd ask.