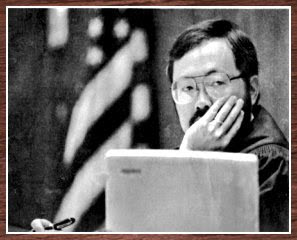 The woman in charge of the jury room explained to all one hundred of us that if we weren't called into a jury today, we would be done until next year. So we sat in a room all day. Someone got up and turned the TV from the Today Show to a channel I was aware of but had never sat through. I didn't realize there was a judge show channel that shows nothing but judge shows all day.

I found it ironic that this room full of people, not one of whom wanted to be there, would sit still for judge shows all day, but they did, all one hundred of them.

Well, maybe eighty of them. Five were on the internet, a few had books.....I had the 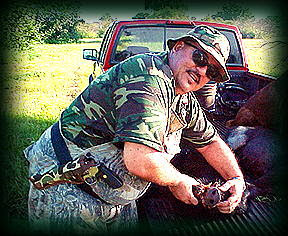 paper and read a story about a man in Texas who spends all his spare time gleefully killing wild boars, which, according to the story, have taken over Texas. The wild boars are really smart, travel in a large group, and seem to be always a step ahead of this man who loves to kill them. If you are in Texas and you need some pigs killed, call this man. You don't even have to pay him, he loves it so much. He just wants you to buy the bullets.

I did a sudoku. It's Monday, so it's a really easy one.

I said a rosary. I didn't drag a rosary out. I just used my fingers. Luckily, I have all ten. I've never quite understood the need for chaplets or those little rings when you have a perfectly good set of fingers. If you do, that is. I have two friends who do not. I don't want to upset them by suggesting they use their finger parts to count.

Then I noticed that there were a line of pictures on the wall of people who had proudly served on juries. This is the Los Angeles County Judicial System. On the wall were Jamie Lee Curtis, Harrison Ford and Judge Lance Ito, among others. I didn't know judges had to serve on juries on top of being judges. I would think they would be dumped right away by the lawyers picking their juries, for the sake of winning future points with the judges. I'm sure the judges don't want to serve on the jury, either.

The woman in charge of the jury room had explained that if we didn't get taken in for a trial by around four o'clock, we would be released. At eleven in the morning she said there would only be one trial that day, that the other trial of the day had been dropped. It seems most cases plead out.

So at three thirty, during Oprah (what was she doing on the judge channel?), we were feeling pretty relaxed. I had a Pepsi!

I said a prayer for "Mr. Whipple" who has passed on to the great grocery store in the sky. I was so surprised to see that he passed away. I thought he was dead a long time ago. I made that mistake with Leonard Bernstein years ago, too. 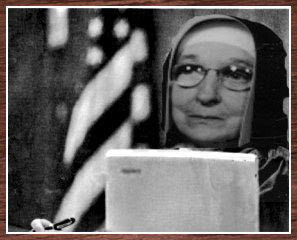 But not so fast...At ten to four all hundred of us were herded into a court room for a criminal trial. We were sworn in. God was not mentioned, by the way. Tomorrow we all have to go back to see which of us winds up on the jury. I'm fairly certain that I'll end up like I imagine Judge Lance Ito did, bounced. I saw the judge see me. He tried not to react, but his hairline moved back about an inch. Otherwise, he had a great poker face.

So, even though I asked you to reiterate your questions, I won't be able to answer them just yet. I'm tired and stupid from watching judge shows all day and reading about the plight of Texas under the scourge of rampant pigs. Feel free to add questions to the list. I can mull them over if I don't have to decide a man's fate.
Posted by Sister Mary Martha at 8:09 PM

Thanks Sr. MM. You reminded me that I haven't had a game of sudoku today.

When I was on a grand jury, the police detectives were sworn in by saying either "So help me God" or "So help me." I guess they got a choice.

I had one day of jury duty summer before last. Husband dear stayed home with our three young children (4, 3, 1), and I got to sit around and read. At lunch I walked to a nearby church where the janitor let me in to have a little time for Adoration, even.
If I hadn't been downwind of an IT guy with a nodding acquaintance with soap, it would have been PERFECT.

There should be a law in every state excluding all nursing mother's from jury duty. I once refused to go for this very reason. Told them they could come arrest me if they really wanted but I would not be separated from the little one. Don't know why I felt the need to post that...but anyway...

Our county makes allowances when you're the only caregiver of a child, as a mother of a nursing infant would be.

I've also heard of women with small infants, less than 4-5 months old, simply taking the kid, and a lot of coverups, with them.

OK, here's a question to mull over. When the priest consecrates the bread and wine, how far (geographically) does that go? I ask because I am unclear about when the hosts in the tabernacle become consecrated. Does it happen during mass? I go to daily mass and it seems there's always some in the tabernacle but never any extra being consecrated during mass to put in there.

Thanks, and good luck with jury duty.

I've been sewing St. Nicholas medals into my kids' clothes for years --but my son is 21 now and I think the patron saint of children may have trouble keeping up with him. Someone cool, someone active, someone outdoorsy --I realize I am describing St Francis but my boy is more of a St. George kind of guy who, if he met the Wolf of Gubbio, would shoot him and take his ears for a trophy.

Your help would be appreciated (and would immeditately become a Heaven Help Us order).

@Lisa
Well, he's not a saint (yet) but try Bl. Pier Gorgio Frassait. He was a great outdoors-man who had a beautiful love for God.

The Hosts in the tabernacle have already been consecrated at a prior Mass.

I had to comment when I saw the reference to Blessed Pier Gorgio. I was at a fundraiser for my son's school and "won" a medal of Bl. Pier. He died at the young age of 24, but is known for his help of the poor. I am wearing the medal, but believe my 20-year old son should probably being do so.

Thank you Coley Boley & Eileen for telling me about Pier Giorgio Frassati. What a great idea. Athletic, cool --loving to the poor, devoted to prayer and the Eucharist, and an anti-fascist demonstrator to boot! Sister's business doesn't offer the medal yet but I will keep trying.

Sister Mary Martha,
I know be more original, but I love your blog, you are soooo witty.

I just stopped in to wish you, Sr. St. Aloysius and Sr. Mary Fiacre and all your readers a very Happy Thanksgiving. May your day be blessed and your hearts be filled with the bountiful gifts of our Lord.

Happy Thanksgiving from me too!