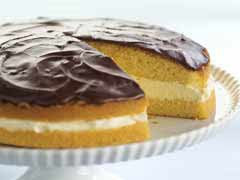 I know I'm behind on the questions. I have a hangover.

It's not what you think. I'm a Celtics fan. Their 39 point trouncing of the Lakers has made me giddy. Or something. Sister St. Aloysius was going to make a Boston Cream Pie (who knew the operative word would have been cream) which we were planning to eat while watching the game but the day got away from her. Instead we had peanut butter and jelly sandwiches in honor of Kevin Garnet, who serves the entire team peanut butter and jelly sandwiches during each game because he gets hungry himself. I guess he doesn't want to be selfish and just eat something himself. So he brings in a gazillion loaves of bread and peanut butter and jelly. It has to be a gazillion because those people are all almost seven feet tall.

Anyhow, I have to address a few simple question before tackling some of the others. Thanks for your patience.


One reader has made a simple outline for how to remember which Mystery of the Rosary to say on what day:

I finally got the Mysteries and days straightened out this way. 1) Sunday is Glorious. 2) Wednesday goes with Sunday. 3) Sunday is led and followed by Joyful (Saturday and Monday). 4) Thursday is Luminous (new). 5) That leaves Tuesday and Friday for Sorrowful.

That's fine. Although I hate to throw a wrench in your memory works.

It changes during Lent. 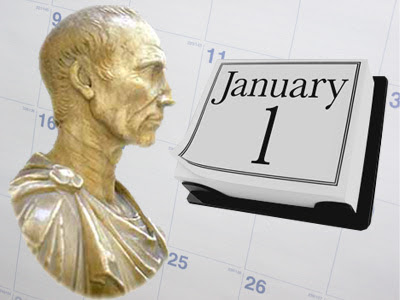 And also during Advent. That's why the chart ends up looking like John Madden had a hand in it. It sort of reminds me of the poem that is supposed to explain which months have how many days:

Thirty days hath September
April, June and November
all the rest have 31....

...which works great until you hit the end of the poem, when it completely falls apart. (Not unlike the Los Angeles Lakers.)

Save February which has 28
Til leap year comes and brings one more...

More on the rosary:

Anyway, I thinking you should check out the Virtual Rosary. It is a free program and plays background music while you are praying. There aren't any nuns praying along with you but it does keep track of the day's mystery for you. Oh, and you can have it automatically remind you to say your rosary every day! I'd say it's for the poor soul glued to his computer all day. I just like the music. Here's the link: http://www.virtualrosary.org/

I thinking I have it on my desk top. 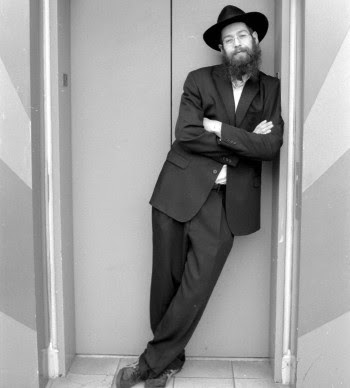 peaking of rosaries, would it be terribly impolite to pray the rosary in a Jewish Community Centre? The have a wonderful gym there - which they say is open to all faiths - and I've found that it takes me about 20 mins. to say the whole thing. 3 rosaries later (one on the treadmill, one on the rowing machine and one on that stupid bike that doesn't go anywhere), and I'll have done a nice hour long workout. Although the gym is open to anyone regardless of religion, it is still a JEWISH community centre, and I don't want people thinking that I am praying for their conversion or something. What is your opinion on the matter? Oh yes, I am praying silently - in my head - does that matter? can you do that?.

I see you're saying a whole rosary, which means you actually go through the beads three times, one for each mystery.

Until leap year comes and brings one more: We have four sets of Mysteries now. Where have you been? It's been five or six years already since the Pope added the Luminious Mysteries or "Mysteries of Light". This is good news for you. You'll be able to burn another couple hundred calories.

There is a temple a half a block from me. The Jewish people all walk over there (they don't drive on the Sabbath) with their rope belts and side curls and big black hats. That is an outward manifestation of their faith.

So is your rosary. I wouldn't worry too much about offending. I should think they, of all people, would understand an outward manifestation of faith. It's even okay to pray for the conversion of their souls, even though they may not like it. Just don't tell them. Unless they ask. Lying is a sin.

Silent prayer better be okay. Otherwise a lot of cloistered nuns and silent monks are coming up really, really short on their prayers.

And finally, on Tim Russert making it to heaven:

I take a little exception to the title of your post, Sister. We all hope for the soul of all the departed, and Mr. Russert is surely no exception. However, to declare that he has "joined the Church Triumphant" is a little premature. I don't think his cause for canonization has even been opened, and surely he hasn't yet been beatified, let alone canonized. We know he's no longer in the Church Militant, but that's really all we can say.

That's all you might say. His childhood mentor, Sister Mary Lucille, announced just today, at Mr. Russert's funeral, that he was in heaven. Did you get a look at Sister Lucille? I wouldn't cross her.

I learned to pray the rosary with Virtual Rosary on my Palm Pilot! That was a few years ago, when I was starting to convert.

I'm thrilled to hear about the Celtics. I miss living in the USA whenever I hear about the NBA. I was a Sixers fan, myself. I was expecially an Allan Iverson fan.

It was a great series! Mr. Iverson now plays for the Denver Nuggets.

Oh no you didn't! Your comment in the previous post regarding where the soul of Tim Russert journeyed is/was very distracting. We all have public 'faces'; but the reality is that only Our Lord knows our hearts and minds. I pray Tim is in heaven and at peace in the Lord.

Thanks for writing about the virtual rosary. The mac version is temporarily unavailable, but I'll check again later. I look forward to this.

The Celtics played a great game! We watched on a very, very fuzzy, small television set with old fashioned rabbit ears antenna (no cable, ya know --- most of the time we don't care!)

Thanks for telling me about the virtual rosary. I've been looking for something like this since returning to the church. My mom used to always announce the mysteries when we said it at home and I guess I just didn't pay good attention. Anyway, thanks!

For the gal who works out while saying the rosary, I always use one of those rosary rings when I say my rosary in waiting rooms and places. It's convenient, and I don't have to worry about "offending" anyone in our PC society. It also doesn't get broken in my purse. It might work well for work-outs since it doesn't get caught on things either. Give it a try!

So what is the penalty for praying the 'wrong' mysteries on the wrong day? I usually stick with the traditional distribution, but sometimes I'm more in the mood for a different mystery, so I just do the one I want. Will I be docked grace? Points? More time in purgatory?

Although I hate to throw a wrench in your memory works.

Hmm. I'm suspicious about that statement.

I say the silent Rosary using the fingers of my right hand to count the individual Hail Mary's. I start with an open palm and bend the pinkie finger for the 1st H.M., then bend the ring finger for the second (keeping the pinkie bent... I keep going through 5 Hail Mary's until that hand is a fist, then for the 6th H.M., I open the thumb, and so on until the hand is open again. Then I know I've said one decade.

Lawrence! You described exactly my method for counting my Hail Mary's without having to actually count - in your first paragraph! How delightful to not be the only one!