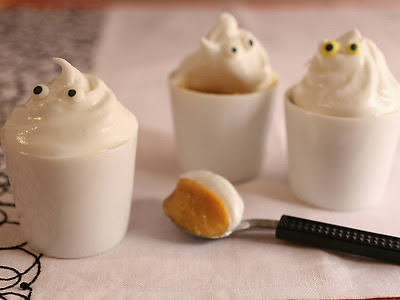 I found the computer. It was under the feathers, rick-rack, empty thread spools, fabric scraps and some buttons. We're done! Ahead of schedule!

Sister St. Aloysius is so pleased with having that all out of the way. Not in the normal, "Gee, I got that done, now I can get back to being normal" sort of satisfied way. Oh, no. She is thrilled because, since she has gotten everything done early, she has time to MAKE CANDY for the trick or treaters.

I should be thrilled myself, but I am afraid of kitchen chemistry. Nothing scares me more than a double boiler. No, there is something! A pressure cooker. I remember an old Popeye cartoon where something was wrong with Olive Oyl's water heater and it started to swell and rattle and Popeye began to say (in the one time we could understand what he was saying since he wasn't mumbling) "It's gonna blow! It's gonna blow!"

Of course it did. I think what she is doing also involves candy thermometers. Couldn't they blow up, too? Glass and mercury stuck in a pot of boiling chocolate over the hot stove makes me nervous.

She was talking about making little marshmallow saints, too. I thought that sounded so very cute! But then the idea of eating little saints is a little disturbing. I have to put a block on the Food Network. I think she was inspired by the Halloween Cake decorating contest in which part of the decorations on the cake had to include home made candy.

We had a couple of questions from a new reader. Welcome!

Hey again Sister, You mentioned Mother Cabrini! I took my mom to her shrine here in Colorado this summer. One of her miracles was revealing a spring to her Sisters living with her up there in the mountains after their stream ran dry. My 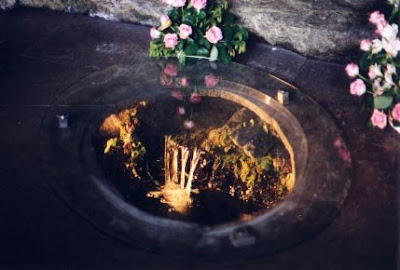 question about this would be how does this water (which you can still freely obtain up at the shrine) differ from Lourdes water?

Is cussing (i.e. George Carlin's Seven Dirty Words) considered taking the Lord's name in vain? It's obviously impolite, but I've never been quite sure what the deal is, especially since the Marianist brothers at my high school kind of had potty-mouths. Take care and God bless!

What's the matter with those boys? I would love to personally come up there and wash their mouths out with soap, even though I've never done that to anyone in my whole life because it sounds like such a terrible thing to do.

Also, I don't think it works. I say this only because when I was a little girl we had a little kid that lived up the street. We called him Little Earl, because there was also a grown up Earl on the block. Little Earl had a terrible potty mouth, even at age four. That may have happened in part because his mother was deaf and couldn't here what Little Earl was up to every moment. But at least three days a week Little Earl's grandmother watched him and she could hear everything just fine. She would break off a branch from the bushes next to her house as a 'switch', at which point Little Earl would become terrified, and she would chase him up the block and into the house where she would wash his mouth out with soap.

This went on all the time. That's why I don't think it works.

But to answer your question, those words are not taking the Lord's name in vain. They are just bad and make people think bad thoughts and are therefore scandalous, which is sinful. To cause scandal means to behave in such a way that makes it seem to other people that it's okay to behave in some bad way. Which is exactly what those bad boy Marianists were doing. To a tee.

And Marianists no less! Devoted to Our Blessed Mother Ever Virgin. Scandal on top of scandal. Pathetic.

Now this Mother Cabrini Spring business is a little trickier. That's because there are two stories
about it. One is that they didn't have water up there and had to drag water supplies up there where they were staying and one day Mother Cabrini told the nuns to lift a certain rock and dig under it and they found this spring which still runs. That does sound a little like Lourdes.

But Mother Cabrini isn't Our Lady and Mother Cabrini didn't tell anyone the water had any healing powers. They just needed water and she found a source for it. Although people do get the water from the Mother Cabrini Shrine and use it for miraculous healing purposes, a) no one ever made that claim or promise, officially and b) that all started after Mother Cabrini became a saint and the whole place became a shrine. 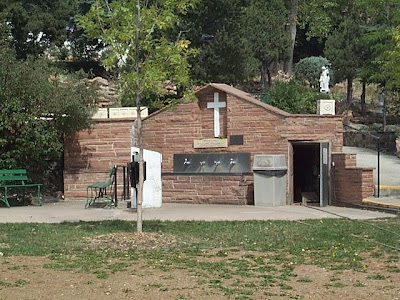 On top of that, there is another story about how the spring was found. According to a source at the site: "This area was originally established as a orphanage. In 1912, Mother Cabrini and children from the orphanage formed a heart of stone and cross at the present day statue. On their way down, they discovered a spring at the Grotto which flows to this day. "

So which is it? I don't know. I'd just wash my face and call it a day. But I wouldn't begrudge anyone who took some water and had it blessed and prayed for the intercession of Mother Frances Cabrini. I have prayed for her intercession on more than one occasion, I can tell you, and that lady is no slouch.

The short answer to your question about the two water sources is this: we can't stop the faithful from being faithful. We can give something the official nod or not, and after that you're on your own.
Posted by Sister Mary Martha at 12:23 PM

Sister, I went to that Cabrini Shrine a few years ago, and the thing I remember was a stairway up the mountain that had a sign that said "Beware - Dangerous Snakes".

It's the only candy I can make. Be sure to adjust for your microwave wattage though.

If you find two bats, one Smurfette, a kitty and a very round mommy on your doorstep, then you know that we've found you and your lovely homemade candy!!
...just wishing..

I'm scared of making bread. You saw what happened when Lucy Ricardo tried to make bread, didn't you?

"Sister, can you give us a novena to start on Monday ending on election day for Godly leaders for our country?"

I'm a few days behind in my reading and just saw that question. I would have suggested St. Jude. I agree we could use a Godly leader about now.

Dear sister mary martha I'm having a hard time finding my confirmation name. Do you have any suggestions? I'm thinking one of the doctrines of the church. Whats your opinion.


My mother stalks your blog and was soooo happy when you commented on hers.