What Happens in Vegas, Stays in Vegas 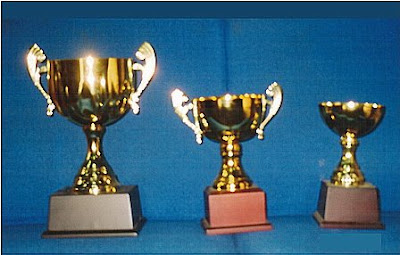 We came in third. I should be excited that we placed in the top three. But we came in third last year, too, so it feels to me like we've made no progress. In particular, I feel I should have been paying attention all along instead of just at the last minute and maybe we would have done better.

Don't get me wrong. It's not about being a 'winner'. As far as I can tell, the whole thing is fake or something anyhow, as there is some kind of party in Las Vegas for the winners and we were never notified of winning at all or asked to go to Vegas. We couldn't have gone to Vegas anyhow, but it would have been nice to be invited.

For me, it's about having more visitors. We love our visitors. Please keep visiting.


Sister, can you give us a novena to start on Monday ending on election day for Godly leaders for our country? 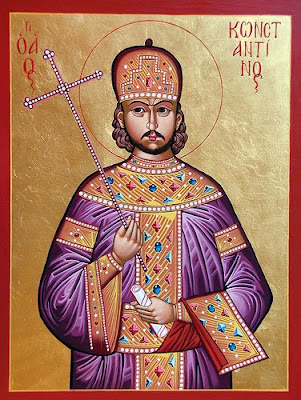 How did Constantine do it? The answer is the very thing that makes him a ripe pick for our election novena: he made it illegal to not be Christian. You might put a nicer spin on that by saying he legalized Christianity, but you wouldn't be entirely accurate. St. Constantine just made it harder and harder for people to stay pagan by chipping away at what pagans could and could not do, i.e. hold office, own property....until it was simply illegal to be pagan altogether.

He did it a little at a time. It worked out very well because being Christian worked out much better for everyone, better than worshiping those bulky stone statues and all those gods. Not to mention the cost in sacrifices to them.

So if ever there was a person who brought Christian ideals to the world, it would be St. Constantine. But I can't find a novena to him. So then I thought, well, St. Constantine would not have been Christian himself were it not for his sainted mother, St. Helena. Plus, she was the person who discovered the relics of the True Cross and whatnot. 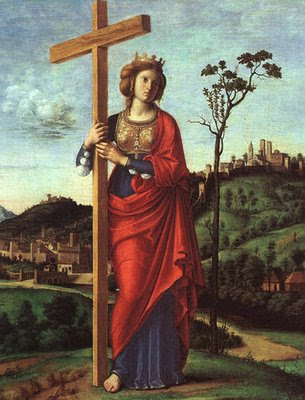 I can't find a novena to her either.

I was also thinking of St. Thomas More, a terrific family man and the person who stood up to King Henry VII. He lost his head for it.

No novena for him, either.

That's not to say you can't go ahead and just make up your own prayers for your election novena to St. Constantine, St. Helena or St. Thomas More. 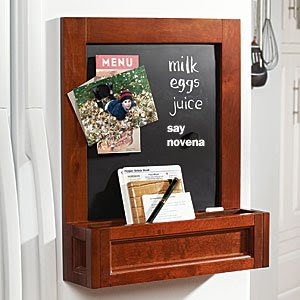 But I realize that most people want a novena spelled out for them a bit more because they have a hard enough time remembering to keep with the novena in the first place.

Then I found out that some people are calling for a Rosary Novena for the election. Now this seems like a great plan to me! First of all, a rosary novena is an easy thing to remember to do. Secondly, didn't Our Lady ask us to say rosaries for the fate of the world? She has been trying to pound this into our heads for years now. She keeps having to come back over and over again to remind everybody. Thirdly, I always say when things are really tough, go for the big guns. And finally, there is something to be said for a lot of people saying the same prayer together. Gives the whole thing more ooomph.

Today's nuns are brought to you by the letter "L". 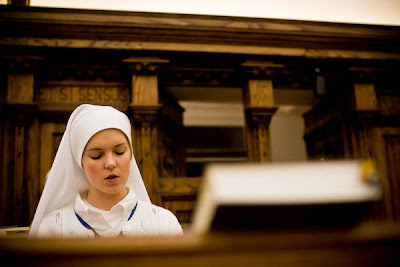 Says Lauren:
Please note: I did not take these pictures but have found them beautiful and helpful in my vocational discernment.
Summit, NJ Dominican Nun
Carmelites of the Divine Heart of Jesus

I'm excited we get to go back to celebrating your present and future victories! Semper speres! Besides, how does a chalice trophy represent "third"? I suppose if St. Constantine were around, then Robert wouldn't be facing his moral dilemma. On the other hand, you answer questions from Robert's job (substantial) to the alien Jesus (probably able to handle itself) just from a blog. And we all love you. No small feat.

I am happy for you. It's good to see that the top 3 blogs are all good Catholic blogs.

Congratulations on being in the top 3 - it's quite an accomplishment! I'll start my voting for next year:)

congratulations Sr. Mary Martha. Third is great. I wish you had won though.

My children always know when I am here because I keep on chuckling.

Congratulations! A very respectable third place among some very good blogs. Quite an achievement and I've shared your blog with many others by linking to it on my blog. Now, on to next year!

Isn't what Constantine did a little (a LOT) like what the English did to the Irish only in reverse? I'm a little dubious about the justice there. I'm on board with the rosary novena for the election, but I'm also doing a St. Joseph novena for those looking for jobs so I'm really going to have to write this down so I don't get myself all confused.

Shalom Sr. Mary Martha. I never thought about just HOW Constantine did that. Thanks for the revelation. Here in Jerusalem we have an important street name for his mother.
I'm new to your blog and I must admit, you crack me up. LOL Love your humor and style.
Blessings to you.