Just a question: Is it still a sin to live with someone you're not married to even if you're just roommates? Male and female roommates not in a relationship together? Like that bunch on "Three's Company"? What if you are in a relationship and you do live with that person, but do not engage in marital relations? Does this all come down to that "you-have-an-opportunity-to-sin-whether-you-choose-to-take-it-or-not" thing?

This is not a cut and dry, easy to answer question.

It is certainly possible to live with someone of the opposite sex that you are not married to and carry on as roommates with separate bedrooms and for the sake of peace, bathrooms, with no sin involved.

I know such a 'couple'. They are not romantically involved and I believe I can safely say they never will be. They are not buddies. They are not enemies. They like each other in a friendly passing sort of way, the end.

I wouldn't bring that bunch on "Three's Company" up, though, if you are trying to make a case for an opposite sex roommate. That bunch is an illustration of every reason such a situation could be sinful.

For one thing, the boy had a crush on one of the girls. That is a near occasion of sin and no doubt many occasions of actual sin. 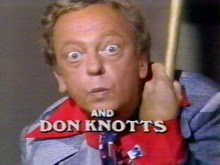 The occasions for actual sin are double and re doubled as the girls take every opportunity to dance around the apartment in tiny shorts, tube tops, bathrobes, towels and bikinis. Each and every time one dresses in such a way to cause another to sin, two sins occur for the sinner. One for trying to tempt someone to sin and one for succeeding. A double sin on the sinner, the girl in the tiny shorts and tube top on the trampoline because she is responsible for the sin she causes in another person.

Encouraging a girl to wear a tank top and tiny shorts on a trampoline would be a triple sin on behalf of the person suggesting such an activity. Maybe even a quadruple sin, for thinking of it in the first place.

The sin part would only happen if sins do start to happen and you don't get yourself out of there, pronto. If one were to find oneself daydreaming, so to speak, about the roommate and what could happen in the right circumstances, the water slide to Hell has just been installed. Three is not company when the third guy is the devil. 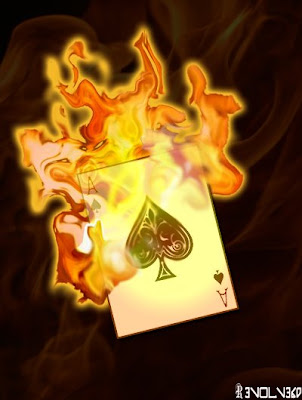 No small consideration: the devil is always looking for opportunities to grab your soul and take you off to play an endless game of flaming canasta with Hitler. If Hitler is actually in Hell. You and your boyfriend don't want to find out the hard way, whether Hitler is there or not.

If you are actually in a relationship with a person and trying to be 'just roommates' you are just asking for trouble. I can't just say it would be a sin to just live together. But to think that you could actually pull that off and not having any sin going on? Pretty stupid. Very unrealistic.

In fact, now that I mull it over, I'd have to actually say that there would be sin involved even if nothing was 'going on' with such a couple, because if other people (friends, family and colleagues) know the pair is actually a couple, NO ONE is going to believe there isn't something going on (even if there isn't) and that would make the situation a scandal, which means the couple would be responsible for any sin they cause in all those other people.

Dreadful. Just like that awful show.
Posted by Sister Mary Martha at 11:05 AM

Excellent response, SMM! I thought you were about to bring up 'scandal' earlier in the post, based on the picture of Don Knotts! Ahaha. That was certainly a HUGE part of the humor on that show! Scandal... what a riot! ;)

My daugher had a gay guy roomate. They split expenses and he did not have a significant other and neither did or does she....They were friends but not mates....I do not think any sin was involved.

exactly if other people know you are a couple living together you are causing scandal.

Thank you sister for putting images of girls jumping on trampolines in scanty clothes. Thanks Goodness tomorrow is first Friday and we have confession at the parish.

I am confused what you mean by scandal.
Say nothing is going on, and you and your friend know it. And God knows it. We should be all about pleasing God here, so does it really matter if other people think different?

If a woman chooses to dress in a tank top and skimpy shorts for her own sake, and not to tempt someone into sin (although it seems women have been tempting men into sin since the days of Eve, the poor lambs), and a man is then prompted into sinful thoughts, is it still a sin on the woman's part? Should women be required to dress modestly so as to not inadvertently cause men to have sinful thoughts?

Yes, women ARE (not should be) required to dress modestly so as not to lead others into sin. I would venture to say that few, if any, girls dress in skimpy tank tops and shorts for their own sake and not to draw attention to themselves. Get real.
Also, there truly is a great danger of causing scandal when two people of the opposite sex live together. The general idea will be that they are living in sin and that will cause scandal. I think if it was a group of people then it might be better.

One time God asked a man, "Where is your brother?" The man answered,

The man who said that was named Cain. And he had just committed the first murder - the murder of his brother Abel. We are all our brothers' keepers, meaning that we are to do whatever is in their best interest, and refrain from that which could harm them, and that includes spiritually.

Janelle said...
This comment has been removed by the author.
3:19 PM

Janelle - lol @ "naive hippies." But I do know lots of men who are just as into their looks as women are. They're uber-fashion consious and dress in a provocative way. They work out at the gym and wear tight clothes and yes - some even go for facials. Although it's traditionally women who fill the roll of cocquettish seductress, there are some men who make it their business to inspire sin in the eyes of the opposite sex.

It would seem it is in the best interest of everyone involve for women to wear a burqa, so as not to inadvertently draw someone else into sin.

No, it would seem that within the context of our own cultural history, that women should choose freely to dress in a way that draws attention to their face, and away from the from the objectivized "parts", the flaunting of which can cause a man to focus on something other than the lady's lovely character and smile.

Jay, your argument also begs the opposite question: that if it is OK to dress any way we like, then why not go naked, weather permitting? If you feel that is OK, then, you first, brother.

It is not a sin to go naked. I don't think Jesus or God ever said anything about it being wrong to be naked. God punished us with shame, so we believe nakedness is wrong. God presents the human body as beautiful, and only as sinful when sexualized. We paint nude pictures all the time and marvel at the beauty of the human body, but we aren't objectifying people. Honestly, people could by all means go naked and be without sin, though they may be breaking a law or two.