Obscure Heroes of Everyone 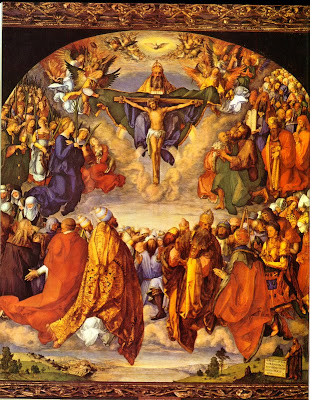 Yesterday's belated list of patron saints for summer travel elicited this response from a reader:


Whew! You Catholics have to remember all these saints? Maybe it's easier being a protestant and simply praying to God through Jesus. That isn't meant to be argumentative; it's just the first thought that came to my mind. These entries you do about the saints are fascinating, and I love reading them.

Read on, my dear!

Although I am always baffled as to why anyone wouldn't want to remember the lives of the saints. I would find it similarly baffling if one were to say, "United States History? Why should I have to bother about all of that just because I happen to live here?"

Before the Protestants were a glimmer in the eye of Martin Luther or King Henry the VIII (the original Founding Fathers of the Protestant movement), the entire history of Christianity was also the history of the Catholic Church.

Pay no attention to the twelve apostles (all saints once Judas was replaced) or anything they wrote or said. St. Paul? Who needs him! Throw out the back half of the New Testament, written by the saints. Pay no attention to how Christianity spread through years of persecution. Forget how these people made entire populations take note of their faith and zeal.

And ....for the forty millioneth time.....we don't pray to saints. We ask saints to pray to Jesus with us and for us. 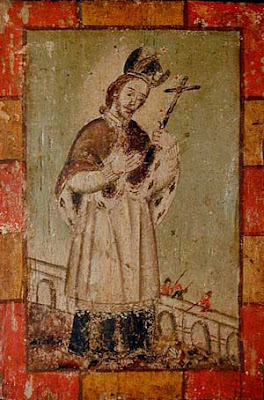 But you know who else I'm going to ask to pray for me? St. John Nepomucene. He will understand my problem in spades. Spades!

He was the confessor to the king and queen. The king did not trust the queen and thought she was having an affair or some such thing. I don't think she was doing anything bad as it turned out. But the king would not leave St. John alone and insisted St. John tell the king what his wife had said in the confessional. Of course, St. John refused. He was burned and then tied to a wheel and dumped in the river.

I think St. John Nepomucene has my number.

And I want to know about people like St. John. I want to know that there have always been people throughout history who will do the right thing no matter what, who are capable of heroic virtue and great deeds. 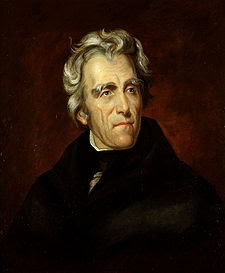 She was the mother of Andrew Jackson:
"At thirteen years of age he and his older brother, Robert, joined a group of patriots commanded by Colonel William Richardson Davie and participated in the Battle of Hanging Rock against the British. The Americans almost won the battle, but they captured a supply of British rum, got drunk, and fled the scene in panic when the British started firing back at them. Later the two boys were captured and Andrew was slashed on the head and wrist because he refused to clean a British officer's boots. The two boys were imprisoned in Camden where they were starved, robbed, and abused. They contracted smallpox. Their mother, Elizabeth, managed to win their freedom as part of an exchange of prisoners that was arranged between the British and Americans. Thirteen British soldiers were exchanged for the two Jackson boys and five of their neighbors. But Elizabeth found her sons near death from smallpox. She procured two horses and placed the dying older brother on one and rode the other herself while Andrew, barefoot and without a jacket, walked the forty miles to their home in the Waxhaws. When she arrived home, the older son had expired and Andrew seemed close to death. Fortunately the nursing skills of his mother brought him around. When he had recovered Elizabeth traveled one hundred and sixty miles to Charleston to nurse American prisoners of war held on prison ships in the harbor. A short time later Elizabeth contracted cholera and died. At the age of fourteen Andrew Jackson was an orphan, a victim and hero of the war for independence."

From the lecture "Ordinary Heroes: Founders of Our Republic" by Robert Remini

Aren't you happy to know about her?

The good news about finding out which saint you might need is that it's really not rocket science to find our who's who. Get a load of this: Patron Saints INDEX

Come on! How can you go wrong? It's alphabetized for your convenience! It has made me consider changing my motto from "Life is Tough, Nuns are Tougher" to "There really IS a patron saint for EVERYTHING" with an asterisk link to this list.

So have at it! It's never a bad thing to know more.
Posted by Sister Mary Martha at 10:27 AM

Great answer. I'm sitting here with a big smile on my face.

Hey, I'm so excited! There's a patron saint of cows!

I have always thought that those who didn't take to the whole saint thing were missing out on a whole lot... ordinary people doing extraordinary things- that's what a saint is... and so, we can aspire to sainthood as well!
Excellent response here!

I always think it must be harder to be a Protestant because not only are you expected to memorize all those Bible verses, but you're supposed to figure out what they mean and how to live by them all by yourself. I would constantly wonder if I was understanding things the way God wants me to or the way my old selfish self wants me to.