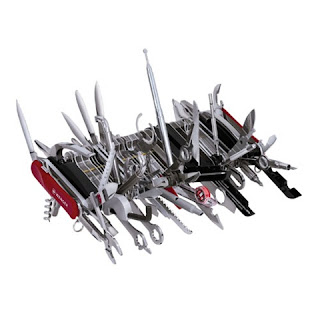 Hello Sister!
today at work i overheard someone talking about a "confession app" for what i assume is some kind of portable electronic device.

have you heard of this? what do you think of it? i was shocked and dismayed. you can't go to confession over the internet, and you definitely cant do it just to your phone!!!


I'm shocked and dismayed at your lack of use of capital letters.


For those of you who are too lazy to just do a quick Google search of this new fangled way of approaching the Holy Sacrament of Reconciliation, let me first assure you that you can't phone in your confession. That's not what this does.


This is a application for your very fancy phone (that you could maybe do with a little less phone fanciness and offer it up to the Poor Souls in Purgatory or give the money you save by having something very basic to the Poor Souls on Earth) is a confession tool, meaning, it helps you prepare for making a good confession.


It lists the Ten Commandments, for example,  and asks questions about ways in which you may have broken them so you can figure out how you've sinned.  To which some people might respond, "I don't want my phone to tell me how I've sinned."  And to which we must reply, "As long as someone or something does, we're okay with it."


I really don't see a problem with it, except for the waste of money it is. 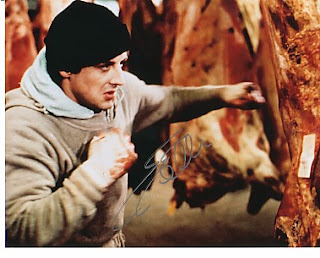 But then I don't understand why people join gyms.  That costs a lot of money and all you really need to do is find a nice flight of stairs and climb up and down them. Remember how Rocky didn't have any money? Upper body work? Carry something over your head.


Walk down the street, jog. The weather's bad? Get on your living room floor and do some sit ups and push ups. Run in place in the garage. Make the kids lie stiffly and pick them up like dumb bells.


I am not calling your children dumb bells.  I am just suggesting they act like dumb bells.


That didn't help did it?


My point is, that you don't need this on your phone, as the tools that are in the app are already available on the internet, in books and in pamphlets. 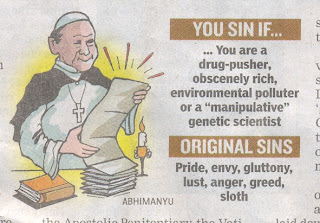 All you really need is a pencil and paper, then, to jot things down. Including your Penance after you're done applying your apps.


There is also a whole thing on there about how to go about making your confession. The "Bless Me, Father for I Have Sinned" drill.  You won't need that once you've done it a couple of time.


There are several versions of the "Act of Contrition" on there. Hooray! Pick one and memorize it.


Remember memorizing things?  Do you know anyone's phone number anymore?  If the answer is no, memorize some. Because some day, your fancy device will break or be beyond reach or drop in the dishwater and there you'll be, unable to call a soul.


Don't make yourself so helpless!  These devices that make our lives so much easier can also make us oddly helpless.


The verdict: Useful, but not necessary.  Unlike Confession.

Dear Sister, please support our campaign for a Holy Year for Nuns...

Sister: I have a question. What ever happened to pagan babies. I bought 2 when I was 8 & 9 respectively. I saved my pennies until I had enough money to buy a baby. We would put our pennies and sometimes nickels in a milk carton kind of thing, with a slot for money. I named one of mine Elvis Joseph, and the other was named Connie Frances. They were born around 1957 or 1958. Can you check the missions in Africa and see what Elvis and Connie are up to. Can we still adopt babies?

Perhaps the "confession ap" will help realize exactly what they have done wrong. Today it seems that nothing is considered sinful by the population in general.

Exercise....I had an old lady patient (90) who complained that her son and daughter-in-law were always complaining about their weight and spending money on diets and exercise equipment. She said all they had to do was cut their meals in half and go for a walk everyday.

That was good advice and free too.

I have a little Confession pamphlet my priest gave me. I don't need the app either. I do, however look at the pamphlet in the Confessional but only to make the Act of Contrition because I still don't know it by heart.

This was too funny - I met a guy in the Target checkout yesterday who was all psyched about downloading it... :D

A patron saint question, Sister: are there any for colicky babies? Or, perhaps any for the parents of colicky babies so that aforementioned parents do not chuck their colicky baby out the window? Thanks for the help.

Actually, I have not been to Confession since the old "Bless me Father, for I have sinned" days - how does one go about it now?
The local church, which is modern and trendy and has removed the tabernacle to a separate room, has group confession, only they call it reconciliation, and I have never been to that either.

Hi Maureen, I hadn't been for ages either until recently. It seems every time I go I have to say my last confession was over 10 years ago, in my 4 decades. As far as I know it's still the same format. Thank goodness we don't have group confession, there is no way I'd want to go to that, I'd prefer to keep it that only God knows what I'm really like.

This is hilarious! I must pass it on!

Oh Sister, this is too great! I had the pleasure of being taught by Franciscan nuns in highschool and they were so down to earth, just like you! You are truly a breath of fresh air! Keep us this candid blog! God Bless you!

Maureen, the Sacrament is unchanged, for the most part. The "Group Confession" you are referring to is likely a Communal Penance service, common around Advent and Lent. At a service like this, people participate together in hearing scripture proclaimed, a homily preached, and sometimes a deacon or other leader reads an examination of conscience and people often pray together, aloud or in song. Then, one or more priests are available throughout the church space for private sacramental confession. Penitents can go to a priest and then leave, or sometimes stay until everyone is finished and participate in a closing prayer or hymn.

The service itself does not provide absolution (which of course comes from Jesus Christ through the ministry of the Church and a man ordained to act in persona Christi), but for some people it is a useful way to return to the sacrament, especially during somber seasons.

A helpful guide is here: http://wdtprs.com/blog/2011/01/quaeritur-i-havent-been-to-confession-for-10-years-i-dont-know-what-to-do/

And I'm sorry the Tabernacle was removed from the worship space. This is a common tragedy of 1970s/80s renovations; a casualty that removed the Holy of Holies to mere "closet" in some cases. Thankfully, the bishop of my diocese recently informed all the clergy that this practice must stop and tabernacles be restored to the proper worship space, most ideally behind the altar.

Also Maureen, Confession, Reconciliation, and Penance are three different names for the same sacrament of forgiveness. According to one of my professors each name has a slightly different connotation, ie:
Confession= highlights the penitent and what he has done

Penance=highlights the priest and the penance he assigns

Reconciliation = highlights the breach in the relationship between God and man because of sin and how that relationship is restored by the Cross, via the sacrament.

I don't think most people give their terminology that much thought. I prefer saying Confession myself, because it's easy to identity what that means. But they are all different names for the same thing.