The Peanut Gallery has spoken about St. Gemma.  She's a hit! Which is very nice, since during her life and her beatification process, things didn't go well for her at all. Three cheers for Gemma!


She was a pretty lady. What I always have a hard time understanding about people like her, the living saints, is that they are "overcome with sorrow for their sins." Like she was before she got the stigmata. What sins? It's like Pope John Paul II going to confession every day, which I heard he did do.

Yes, as Pope, that's something you're going to want to do.  We do call it "Reconciliation" these days, as in "reconciling with God".  The sin pyramid for who gets punished the most for their failures has the clergy and nuns and religious leaders at the top, parents next. That would put the Pope on the very tippy top since he's head of everything and everybody.

During their lifetimes, saints certainly do struggle with sin. If St. Teresa of Avila were alive today, she'd be confessing her penchant for reading People Magazine and enjoying perfume and cute shoes, because that's the type of thing she really liked. It embarrassed her no end.


But if you get right down to it, you'll find that the No. 1 source of sin for saints was chastity and such was the case with Gemma, according to her own writings.  That's what hair shirts are for.  Gemma had one.


Dear Sister,
I love love love your blog=)I would like to know which Saint I should pray to for my father. He has spinal stinosis and to top it all off he has lost all the fat in the soles of his feet.He can hardly walk.His neck is fused, he has had bone removed from his lower spine and now his feet feel like he is walking on glass.But i must say he is a most amazing man.It is not very often you hear him complain.Thank you so very much.On a side note I want to say the Saint of the day is Saint Jerome only because that is my dad's name.


Thanks!  I suggest St. Bernadette for your poor father. Poor man. I do believe that St. Peter is the patron saint of foot ailments, though.  I have to guess it's because he walked all over the world.  But poor little Bernadette also suffered with a myriad of ills, very painful.  Lourdes, the Lady told her, was not for Bernadette. Not much was for Bernadette here on earth. 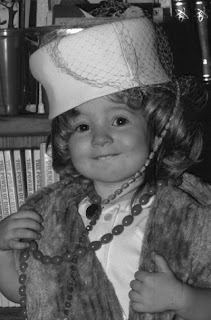 Fewer diseases these days and advanced medical cures seem to have translated, perhaps into fewer saints?(Unless they are in Italy). An awful lot of them had physical ailments to overcome, didn't they!
Maybe we should be looking for saints in places like school tuckshops, and homes with five children under 10 at bathtime - saints in abundance there! Not to mention all the middle-aged daughters caring full time for frail parents AND busy teenagers at the same time. Or the young teenagers looking after mentally-ill mothers, which seems to be happening a lot more often for some reason.
Cometh the hour, cometh the saint.

Also, in recent years, that is exactly where the Church has been searching for saints.  Pope John Paul II put out a call to find married saints.  I think St. Gemma's parents ought to be up for discussion.
Posted by Sister Mary Martha at 3:34 PM

I would suggest a consultation with a neurosurgeon who specializes in spinal surgery.

Sister, your image of the "sin pyramid" with consecrated religious toward the top...gave me pause. Definitely a good source of examen that I will take even more seriously. Thanks.

The parish where I normally attend 7:30 AM Mass decided to move it to noon during Lent, so I've been attending morning Mass at a different parish lately.

They have a beautiful mural depicting about twenty saints gazing down upon the altar from the wall above. They're mostly 19th and 20th century saints with lots of nuns and priests, and the artist made it relatively easy to identify them. Saint Faustina's easy because she's holding the picture of the Divine Mercy. Saint Maximillian Kolbe is wearing prison garb. Saint Pio of Pietrelcina is wearing the brown habit of the Capuchins and the stigmata are easily visible. And Saint Elizabeth Ann Seton is easy to identify by the black bonnet she is so often depicted wearing.