Before the onslaught of princesses and zombies I thought we could clear up a few questions and comments from readers we've had, rather like a bowl of candy left out for the taking:

Animals do not have immortal souls. They are, however, a sign of God's pure love for us. So why would that be taken away? We know that there will be plants in heaven, they don't have immortal souls either, so why not animals? And specifically, why not the pets we have loved? It is, of course, all speculation, but will not the Judge of all the world do right?

An eternity in Heaven isn't enough of a sign of God's pure love for you?


I have addressed this question before and for me, the answer is two part.
1.  If your dog gets to go to Heaven, then every animal that every lived should go, too.  Every rhinoceros and opossum, every iguana and crocodile, every toad, frog, elephant and hyena. Your beloved pet is not  any different from any other non-immortal soul creatures. It isn't fair that just because he had a bowl with his name on it, he gets to go and they do not.

2.  That means your animal has to be a dog or a cat for all eternity.  That's not a nice thing to wish for your beloved pet.  In fact, its seems a little mean to me.

Moving along, a reader gave me an award! But had my name wrong.  That's okay, but the actual Sister Mary Margaret took notice: 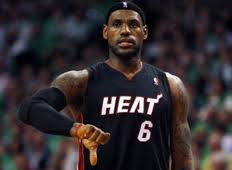 Actually, I am not a Lakers fan.  My last post was Chicago, which is where I picked up my love of basketball, back in the heyday of the Bulls.  The Lakers were our arch rivals and I never got over it.  After I came here (and I have been here longer than I've been anywhere!), I tried to get on board with the locals, but I just can't.  I don't know why.  There is no logical explanation.

I truly enjoy basketball and I appreciate a team that functions as a team.  So that was the first strike against the Lakers.  They've gotten better at it, but I can't seem to be impressed.  I will admit that when I watch them play I find myself rooting for whoever it is they are playing against, even if I don't like the other team or don't know a thing about the other team.

And I love the Spurs!  I also love the Boston Celtics, the Bulls, and although I've never been big Mavs fans, I was thrilled for their win this year.

Sister, Can you tell me who is the patron or patronness of those with Alzheimer's or dementia? Is it the same as patron of those with special needs or mental retardation? Some searching has led to St Dympha, but I thought that mental illness was different? I did search through a couple of years of older posts, to no avail. Thank you and keep up your great ministry. 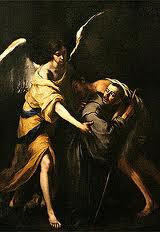 I'm with you on this.  For one thing, poor St. Dymphna gets inundated with all things 'crazy' from actual mental illness to sleepwalking.  It was her father who was unbalanced.  She had this in common with St. Barbara. 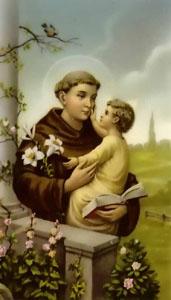 But I disagree that this is the reason!  The truth is that St. Anthony had an amazing memory himself.  He was a fabulous speaker.  Why? Because he was one of those people who could remember everything he ever read. He had what people call a "photographic memory".  Which is why he remembers what you did with your car keys.
Posted by Sister Mary Martha at 1:41 PM

It's me again, the cat lover. Of course, eternity in heaven is an adequate sign of God's love.

But . . . God is always MORE than and Beyond adequate. As God and heaven and His love for us is infinite, so His signs of love for us are infinite and why would He take any (even the smallest) sign of His love from us?

I have no problem every animal ever created in the history of the world being in heaven. What, does heaven have an occupance limit?

I too believe our pets will be with us in heaven. The reason? If God created dogs and cats to be with him in Eden, why wouldn't he want them in heaven with him as well?

But he didn't create dogs and cats to be with HIM in Eden, he created them to be with us on earth. For a purpose. They were under the direction of Adam and Eve. Don't get me wrong, I love my pets, but they are a tool of God's love and as St. Teresa the Little Flower put it, God is Grace and Love and in Heaven you will be filled with only love for Him. To bring your pets would take away a part of your heart (even a small part) that belongs entirely to God.

Loving each other or animals doesn't have to take away anything from our love for God. He instructs us to love each other, putting Him above and beyond all others of course. Loving a pet on earth doesn't stop someone loving God fully, so why would it in Heaven? If we are capable of strong love for animals, surely God, who created them, loves them much more and would want them there.

My husband, who depends greatly on St. Anthony for helping him find things, is wondering about the book. I will try a search, but just in case, could you fill us in? Incidentally, My husband has been enlisting St. Anthony's intercession regarding lost items for years, but didn't even realize that that was his patronage.

Sister, I was recently given a scapular during a retreat for my college. Can you help me understand what the rules are for wearing it? Does it need to be worn everyday, even in the shower, until it disintegrates? If I do wear it, am I pledging something to the Carmelites? I'm very confused, but also very interested.

if heaven is populated with every cockroach and spider and vulture that ever lived I'm not sure I want to go there. *shudder*

Dear Sister Mary Martha,
My deepest apologies for assuming that you are a Lakers fan! It's too bad the season hasn't started yet. I enjoy watching the 4th quarter for recreation (can't watch the whole game - we don't have that much recreation time!) I have been praying to Sts. Paul and Barnabas, so that the players and owners can come to a peaceful resolution.

Sister Mary Martha, I stumbled on your blog the other day, and I hope you don't mind me offering my thoughts on the question of whether animals have souls.

The question seems to hinge on the meaning of the “soul,” and how our soul relates to our connection with God. If I remember my college theology classes correctly, I believe St. Thomas Aquinas understood the soul as a small part of God's own divine existence, and that when we die we lose our individuality and return to full communion with God; like a drop of rain water returning to the ocean.

If we accept Aquinas' basic premise that are souls are a small part of God's own divinity, we must answer the next question of what or who is God. Certainly an unanswerable question, but in my limited abilities, I best understand God's nature as being active, conscious, all powerful, and all knowing love. The idea of God as love can be found in the First Epistle of John 4:16.

Moving on then, if we accept that our "soul" is the part of God's own nature we personally share, and we accept God as love - active and conscious love - then we can conclude we have souls as long as we are capable of sharing in God's love. Therefore, if we are capable of possessing love, of feeling love for another, then we must have a soul, and would thus be eligible to have our souls returned to God in the next life - we could go to heaven.

Bringing everything to a conclusion then, we must realize that any being which is capable of love, and in fact does possess love, shares in God's nature. And when I say "love" I mean true love, which should not to be confused with other limited emotions which in reality are only the biological requirements of evolution and survivalism. Therefore, any animal which is so capable of love could go to heaven. We humans, since we are also animals, believe we are capable of possessing a soul. So the final question becomes, can dogs love? Before you jump to a conclusion, remember to properly define love. Dogs, as pack animals, are genetically required to exhibit certain behavior to aid in the survival of the species. So while it may look like "love" to us when our dog wags its tail, in reality the dog is most likely responding to genetic programming which is calculated to act a rudimentary communication mechanism to the rest of the pack, thereby making it more likely that the pack would survive (just as bees dance to help the hive find food, and bear cubs can play to improve fighting skills – these are genetic requirements inbred through evolution).

This is all a bigger discussion than I will continue to go into. The real question is what is required before a particular being is capable of love. It seems to me that at a minimum there needs to be consciousness and sentience, but nailing down a definition of those things is beyond my limited capacity. I will say that research into the bounds of primate mind in the last century has yielded many interesting results, and I would practically point out the interesting, although horrifying, research of Harry Harlow on rhesus monkeys as a starting point.