The Ashes of a Thirty Year Old

The Peanut Gallery has weighed in with some useful thoughts and information on the issue of burial vs. cremation and the laws of the Church. I can always rely on our dear readers to fill in the blanks and put in the two cents I need to pay the bill. Here's a lovely anecdote to start us off:

I once had an interesting discuss about the Church's view of cremation with my youngest son, then 18. In response to his question as to why it was forbidden at on time, I launched into a detailed history of early Roman practices, the various issues since and finally ended up by telling him that it is now permitted with the caveat you mentioned. He thought about all that for a moment and then said: "Dad, that's pretty stupid thinking. I think if God can make everything out of nothing than putting me back together out of ash isn't a problem." It was probably the best reasoning I've heard about the subject.

Which was followed by this very important information that I neglected to mention.

...also, spreading ones ashes anywhere is forbidden too. I, unfortunately, have a sister in law who was cremated and she "remains" a little bit here and a little bit there. ew.

That is correct! You still have to bury the ashes or put them in a vault. Not to be confused with vaulting them (into space or anywhere else)or wearing them in a locket around your neck. Also, burial at sea is okay, because it is sometimes a necessity. God may well be able to gather your ashes from the four corners of the universe, but please don't make Him have to do that much work.  He would need such a giant dustpan. 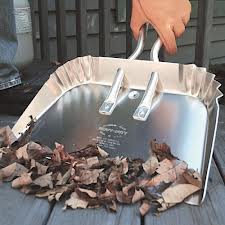 Speaking of giant dustpans...we just found ours. It has been lost for almost 2 years. We lost it when we were battling the morning glories that grew all over the front of house and down the neighbor's fence and out over the sidewalk. It was so massive that the neighbors on the other side of the house came and helped and when it was all over, the giant dustpan was gone.  We looked high and low for it and even St. Anthony could not find it. We assumed it had gotten tossed out with the two enormous cans work of clippings. And the, lo and behold! it turned up buried in a closet over this weekend.  We would call it a miracle but it was not instantaneous and unexplained, although we have no explanation.

Now that cremation is an option that would be good for the people who have limited funds.

At our local Catholic Cemetery you can put three urns in one plot.

My uncle is a mortician. Embalming freaks me out. And the funeral for my infant cousin just cost $10,000.

When the funeral director brought in the cremains of my incredibly Catholic MIL, he had the box lodged in his armpit like a newspaper. Our Lord upheld me from committing an act of violence in the cathedral. Thank you, Lord.

My parents, were they still alive, woud be 101 and 100 years old....back in their time Catholics and Jews could not be buried together.
Therefore they decided that they would be cremated - and they were, and they are with each other, with a plaque which has a Cross and a Star of David.
All very satisfying.

At least it is, from their point of view, but not so much for people who want to visit them. You actually do need to have a proper grave as a focal point, there's only so much time you can spend standing in front of a brick wall full of letterboxes, trying to explain to your four year old grandson how his great-grandparents managed to squeeze themselves into such a tiny space - and asking if they are able to open the little door and come out to see him.
Oy Vey.

Scoop, that funeral director ought to be reported to his association -- what a jerk to treat your MIL's ashes in such a disrespectful manner! I'm glad you escaped the probable fate of Thomas Beckett's killers who stabbed him at the foot of the altar! Funny!

Maureen, I have always been creeped out by mausoleums too. I don't want to spend eternity in a little drawer. I told my sons that if the do that to me, at least put me on the lower row. How do you grieve at a grave when you have to crane your neck to the top to say "Hi Mom"? LOL!

Great blog! and interesting comments-mirroring my grandmother who wants to be cremated too. She says she wants to be scattered at a flower garden to be with the flowers and the birds. But these comments/reasons as mirrored also above are precisely why the Church only reluctantly allows cremation. There are only 3 places we will go to after death- Heaven, Hell or purgatory. WHy would we want to hold on to places or things or anything else in this valley of tears when we have God Himself? It is understandable that one might want to spend eternity with one's beloved but this also is clinging on to worldly relationships. God is the source of everything good we have, do we not trust Him to also provide for His children after death, and even more so in His heavenly Kingdom? AS St Paul says 'Things which eye has not seen, nor ear heard, and which have not come into man's heart, which God has prepared for them that love him.' I think we should learn to trust in God and change our way of thinking.

I try to follow the example of popes, saints, monks and other clergy. How many of these do you know that were cremated? Almost none that I'm aware of, I wonder why that is? We should have respect for our bodies and cremation seems disrespectful to our Creator. The Church allows for many things that I think should still be avoided if possible (Communion in the hand, altar girls, marrying non-Catholics, etc...etc.).

Maureen I love your comments! Nice post Sister MM. When my Mum died two years ago, my sister and I had to buy a plt in the Catholic part of her local cemetery. I was quite perplexed that the plot aws for two burial and up to four cremations. My sister is the eldest and is adamant that she must be buried (after her death of course...), so that leaves cremation for me. I must admit, I'm more worried about my soul than any earthly remains! x

We will be judged by Jesus for ALL good and evil we have done. Just how can any one justify being at Jesus feet whole some how gets us by the torment of having destroyed our bodies. If true then why restore our bodies to whole if it is merely nonsense as far as testimony?