I have a question in regards to Christian burial of the deceased. Upon showing my Protestant Grandmother a picture of a crypt Church where all the deceased (nuns) were buried in vaults above ground, with their feet still facing East, she asked, "So they're not buried underground?" I didn't find anything in Church history that specifically says we have to be buried underground, so I'm wondering where she, and our separated brethren, got this conviction that we should only be buried underground? Your response is much appreciated! :)

I don't know. It seems she's also never heard of New Orleans, where there are lots of Catholics. People have to go into vaults there because underground is a wet mess. 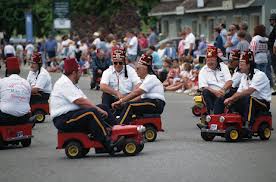 Perhaps she's confusing "underground" with "buried", because for a very long time cremation was a no-no. It is a matter of dogma that after the world finally ends and time finally stops, we will be reunited with our bodies and spend eternity as you were on earth.  A great incentive to get in shape now, because you don't want to spend eternity in a Hoveround.

It works like this, you die tomorrow (in good shape, we hope), and your soul goes to Heaven (we hope). Then when the world ends, you are reunited with your body.  If you're missing a leg, you get it back. If you go to Hell, you also get your missing leg back so as not to miss out on any suffering. Both legs will be on fire. 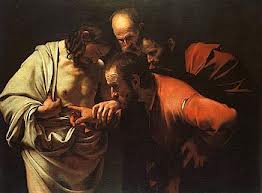 You have what we call a 'glorified body' and this is based on what happened to Jesus when He rose from the dead. He had a body that St. Thomas could poke, but Jesus could walk through walls. He could eat, but He didn't have to eat and so on.

St. Augustine thought that everyone would be 35 in Heaven. Or maybe it was St. Thomas Aquinas...one of those two...because 35 is the peak age of being human. So if you die at age 9 or age 90 you will be 35 in Heaven.

So if you're buried you turn to dust, eventually. And if you're cremated, you turn to ashes, really fast. Fast dust, slow ashes....the Church now allows cremation.  Except...


..with this caveat: you can't be cremated if the reason you're being cremated is to prove to the Church that all of this is hooey or to otherwise thumb your nose at Church teachings. Then your cremation would be a mortal sin, which would be terrible, because unlike all other mortal sins you couldn't have a deathbed recant. Maybe you could, put you'd better hope the undertaker or the funeral planner or that relative that is taking charge of the after death festivities is around to hear you.

I'm betting that this is why your Grandmother thinks that Catholics have to be buried.

Anyway, I once had an interesting discuss about the Church's view of cremation with my youngest son, then 18. In response to his question as to why it was forbidden at on time, I launched into a detailed history of early Roman practices, the various issues since and finally ended up by telling him that it is now permitted with the caveat you mentioned.

He thought about all that for a moment and then said: "Dad, that's pretty stupid thinking. I think if God can make everything out of nothing than putting me back together out of ash isn't a problem." It was probably the best reasoning I've heard about the subject.

...also, spreading ones ashes anywhere is forbidden too. I, unfortunately, have a sister in law who was cremated and she "remains" a little bit here and a little bit there. ew.

It was Thomas Aquinas, right? And he thought we'd be 33 because Jesus was 33 when he died.

Well, let's remember, the original reason that you weren't allowed to be cremated was because people WERE running around thumbing their noses at the Churches teachings. In order to draw a clear line against this heresy, the Church put a kabosh on cremation, but considering that plenty of saints were burned to death, I don't think anyone thought you wouldn't be able to get to heaven if you had been burned to ash. It was more of a "Let's not encourage the heretics" type of thing.

Recently my husband and I were discussing the topic of non Catholics being buried in Catholic cemeteries. Is it allowed? I am a convert to the Catholic Church and our children are Catholic. My husband is a non practicing Protestant who comes to church with us occasionally (Christmas and Easter). I want to all be buried together ...after the Lord calls us home....in a Catholic cemetery, which hubby has no objection to if it is allowed.