No Voodoo and Day of the Dead

I'm not trying to be facetious, but how is wearing a saint's medal or a scapular different from wearing a charm?

That's a fair question. Oddly, I was wondering just the other day why no one has asked that one. The answer is very, very simple.

It  is completely different.

To begin with, let's point out that the word "charm" has more than one meaning.  There's charm, as in a an attractive trait  a person might have. Like Mame. I believe she charmed the husk right off of the corn. If only she had also charmed the corn right off the the cob, she would have been so useful in the kitchen.

There's a charm, like the little things that dangle off a charm bracelet. No evil to be found there among the little musical instruments and tea pots and tiny elephants. 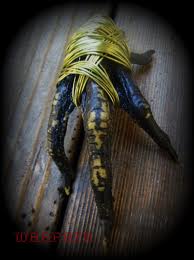 Then there is that to which you refer, a charm that  some is believed to hold some sort of magical power. The charm and its magical power are both nonsense, so of course, you are not allowed to give any of that silliness any credence.

When we wear a scapular or a saint's medal, we don't claim (I hope!) that they have magical powers. They do represent very powerful things: the amazing life of a saint, the boundless forgiveness of God, the life to which we should all aspire.  We wear them to call these things to mind.

We do bless these objects, which are called "sacramentals", but it doesn't give them magical powers. It simply means the object is dedicated to God's service. It might seem crazy to bless a car. We're not making a car holy or giving it special powers. We're dedicating it to God's service.

That was easy. This one, not so much:
Can Catholics donate their bodies to science? Or their organs--can their organs be harvested?

This is a very controversial topic. Yes. No.  That's the answer.

That is where the controversy lies.  Often, in order to harvest organs such as the heart, a person is actually kept alive through artificial means so the organ is as fresh as possible. That's a no no.  Many Catholics don't want to take the chance that that might happen and so they insist it should not be done. But not all organs are harvested this way.

There are two  rules: The person has to have had made clear that they wanted to donate their organs and you can't give away anything you need to stay alive if you are alive.  So you can unload that other kidney and bless your heart for it.

Some kind soul put together some pertinent papal decrees on the subject, all in one place for your perusal.

I have mild Tourette's syndrome that went undiagnosed for 25 years, and when I am gone I hope to donate my brain to Tourette's research. My mom, Greek Orthodox, insists that we will need all of our parts at the resurrection. If heaven forbid I die before her, she won't honor this wish of mine. I don't think that by the resurrection, anyone will really have all of their parts. That's just life. Doesn't the bible say we get new bodies anyway?

Hmmm.....this is one issue in which I remain unconvinced, and out of step, not only with my own family, but with Society in general. Kidneys, blood etc ok, but I could never consent to donating any of my own vital organs, nor those of any of my family members. Just as well, then, that our drivers'licences here carry a space to be ticked if you want to donateyour organs! - they have all made their own decisions.
For myself,I just cannot do it. When your time's up, it's up, and using other people's organs as spare parts is a step too far for me.Should we do it? - just because we can?

God is all powerful. Therefore, regardless of what happens to your brain, He can bring it back and make it whole again.

If He can take those who have turned to dust and make them whole, why not you? I think allowing scientists to examine your brain when you have any kind of illness or disorder is honorable. It could possibly help someone in the future.

Even though it's not allowed, people have been cremated and thrown in the wind, eaten by alligators, burned at the stake. God will still bring them back.

To Maureen: But should we deny someone the chance at a full life because we can? Because we choose to be buried with organs that will only decay?

It is up to us, the living, to treat the dead with dignity and respect. If the deceased had expressed a preference that is in keeping with the dictates of the faith, doing otherwise is disrespectful.

It may be necessary in some cases to be really specific (legal documents) about your wishes. I read about a family which has a shelf of Looney Tunes Cookie Jars holding the cremated remains of their loved ones. (I wish I were making this up.)

Other than expressing our wishes, we really have no control over what happens to our bodies after we die. God isn't going to hold us responsible for someone else's actions.

Also, Sacramentals were used by the Apostles to pass on blessings:

Acts 19:12
So that from his body were brought unto the sick handkerchiefs or aprons, and the diseases departed from them, and the evil spirits went out of them.

I am Mariam used every single spell worker on the internet, spent untold amounts of money and discovered they are all fakes...i was the fool though; doing the same thing over and over again and expecting different results. In the end, I decided that I wanted a tarot reading to know what my future held for me; I contacted a woman who lives locally to me and she told me about a man named (Priests Abija); he does not advertise on the internet, has another job for income, has no set prices, makes no false promises and refuses to help anyone that cannot be helped and even helps for free sometimes, he will give you proof before taking money. He is a wonderful man and he was the only person who actually gave me real results. I really hope he doesn't mind me advertising his contact on the internet but I'm sure any help/ extra work will benefit him.contact him here as (518) 303-6207 or spirituallighthealing101@live.com He travel sometimes.i cant give out his number cos he told me he don’t want to be disturbed by many people across the world..he said his email is okay and he’ will replied to any emails asap,love marriage,finance, job promotion ,lottery Voodoo,poker voodoo,golf Voodoo,Law & Court case Spells,money voodoo,weigh loss voodoo,any sicknesses voodoo,Trouble in marriage,HIV AIDS,it's all he does Hope this helps everyone that is in a desperate situation as I once was; I know how it feels to hold onto something and never have a chance to move on because of the false promises and then to feel trapped in wanting something
more.