There! I believe I have answered all the questions in our queue. 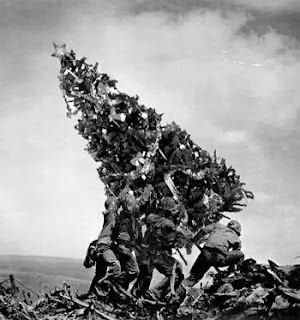 It's Advent! My favorite time of year! And time to address, once again, the ridiculous notion that there is a "War on Christmas".  If you actually think there is a war on Christmas, you clearly stay in your house from September until  mid-January. The Walgreen's has shoved the sand pails and swim noodles to the sale aisle to make room for Christmas items even while they're trying to find a little room for some orange and black items for Halloween. It wouldn't surprise me if "Happy Holidays", which now include Thanksgiving, Hanukkah, Kwanza, Christmas and New Year's Eve and day, roped in Halloween as well.

The basis of the idea of the war on Christmas is driven by some sort of persecution complex that some people seem to get when they are reminded that not everyone in the world, or the country, or the town, is Christian.  We'd love it if everyone was a Catholic, but welcome to reality.

Let me point out two things: 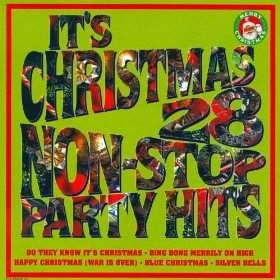 2.  Why is everyone so worried that Christmas is becoming too secular, too commercial? Christmas really was originally a pagan holiday (as was Halloween). And the Church at first tried to ban the holidays ( a word, by the way, that means HOLY DAY..those days were holy for pagans, too). But then the Church figured out (as the United States eventually did with Prohibition) that people are not going to stand for grim winters with no turkey leftovers and warm yule logs and not a single party. The Church actually passed an edict stating that the festivals were not to be banned, suppressed or burned to the ground. The Church instructed, in a stroke of brilliance, that the festivals should be incorporated by simply changing the symbolism and focus of the outward manifestations of the party.

So the big evergreen tree became a symbol of everlasting life and hope. The candle and yule logs became the Light to the world brought by Jesus. If gift giving was good enough for the Magi, it's good enough for us. The snow itself is a white blanket of purity. The holly is the evergreen of life and the red blood of Jesus' sacrifice. A candy cane is purity and martyrdom.

If you're concerned about secularization, just...incorporate. We did it once. Why can't we do it again?  I challenge you to find me something I can't turn into Christmas and Jesus and the Church.

Okay...between you and me, I can't figure out the reindeers. Santa is covered, since he's actually a saint who loved children. But the reindeers have me stumped.

We don't have to worry about Frosty the Snowman. He's just a winter story. Although he is...white. Pure as the driven snow.  But he has a magic hat. That won't do.  If you are a long time reader, you know I don't have a problem with children learning magic stories. But if you're trying to incorporate Frosty, the hat would have to go. Otherwise the hat can stay.

And calm down if someone wishes you "Happy Holidays".  Three things: They are actually saying "Happy Holy Days" whether they realize it or not.  They are trying not to offend you, so why be offended by someone who is trying to be nice? And there are more days of celebration during the season than Christmas and they just want you to be happy during all of them.

Love love love! What could possibly be wrong with wishing people happiness!

Actually - it was Prince Albert who did Christmas trees, in the 19th century - so not such a very long tradition, really.
I may have mentioned several times that my mother was Jewish...and we had no trouble at all, when I was growing up, with celebrating both Hannukah AND Christmas! The food was great.

My stars, this post is reason #267 that I love your blog. It's almost enough to get me to buy something from your gift shop (finally)...

Sister, I just heard that Nelson Mandela just died. Here's a quote from him that I'd love to hear you comment upon:

"I'm not a saint, unless a saint is a sinner who keeps on trying."

Prince Albert, a prince of Saxe Coburg before he was Prince, husband of the Queen brought the tree custom to England. It is a very old German custom.

I love your blog! It's opened my eyes to a lot about the Catholic faith, especially how practical it really is, even wrapped in the richness of mysticism (a la Teresa of Avila, not a seance) and holy mysteries.

I have a question about a practice I've heard about, but only in bits and pieces. It has to do with saying a rosary on the first Saturday of five consecutive months. Of course a daily rosary helps everyone, but from what I've heard this is something additional. Can you tell me more about what this practice is for, if there are special graces obtained, and what may be involved other than just saying the rosary on these five Saturdays?

Thanks for your help!
A faithful reader

Pity you do not understand the war on Christianity in this country. Just keep those fingers in your ears and singing LA LA LA LA.

"Pity you do not understand the war on Christianity in this country. Just keep those fingers in your ears and singing LA LA LA LA."

The War on Christmas is actually a plea for Christians to tolerate those who have (sometimes holy) winter celebrations that aren't Christmas.

Hello Sister! I love your blog! I am a cradle Catholic, life long friends with a cradle Lutheran. She is very devout in her faith. Lately she has been bugging me about Purgatory - specifically, that it doesn't exist. Her reasoning? Jesus said on the cross to the man crucified next to him (the good one) "TODAY you will be with me in Paradise". Not tomorrow, nor the next day, or after you get out of purgatory; TODAY. Implying that there was no passing go, no stopping for gas, just zooming right into Heaven without a pesky stop in Purgatory.
How can I respond to her? I can't use "it's a sacred mystery" because she's Lutheran and won't buy it.