Now I know why I never really tackled Holy Saturday.  For one thing, the faithful tend to just kind of ignore it. Everyone is cleaning the house for Easter, buying a ham and preparing casseroles and Easter baskets, and looking forward to doing whatever is was they gave up doing for Lent.  I realize that many people do observe this holy day (it IS called HOLY Saturday), but really, I think there is some confusion about how we're supposed to feel.  And therefore some ambivalence. 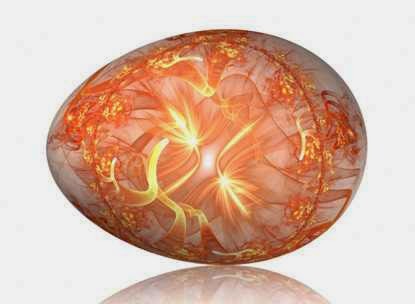 Are we supposed to be sad? Or sad with joyful anticipation because we know how this story ends? Do we align ourselves with how the Apostles must have felt on this day, the confusion and grief they must have been experiencing? Or, since we know we've now been redeemed, are we joyfully picking an Easter hat? Yesterday I mentioned that many things have evolved, changed and been revisited by the Church. Holy Saturday traditions have changed over and over again.

In the early Church, the whole day was a sad vigil for the joy to come. It was the only Saturday where the faithful could (and did) fast all day. The service began in the evening and went on all night. The catechumens were baptized.  The "Alleluia" which has not been sung all during Lent, was timed to be be sung as Easter dawned. Every one broke their day long fast with Holy Communion, including the new folks who were receiving it for the first time.  That's quite a big deal of a day and night. 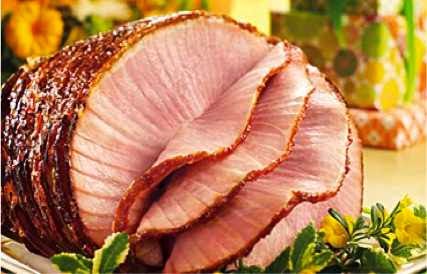 Speaking of food and fasting (and Honey Baked Ham), during the middle ages meat, milk and eggs were forbidden throughout Lent. So on Holy Saturday, these foods were about to be back on the table (perhaps the true origin of the splendid Easter egg). They were being prepared for the Easter feast but they were brought to be blessed by the priest first. This tradition still goes on in some places around the globe.

That was then. So now?

Holy Saturday is the final day of Lent.  There is no Mass offered. There is a Mass in the evening, so don't be confused. The on the liturgical clock the new day begins at sundown on the previous day. So while you may believe you're going to Mass on Holy Saturday, you're actually attending the Easter Vigil Mass. Just to confuse you more...it's not Easter until dawn, so there is no Communion at the Easter Vigil Mass (except for those in danger of death).

And the tone? Well, remember the day long fast of the first 7 centuries? That got moved back along with the Mass. Then the Mass went away. But for a very long time, the fast stayed. It also got moved to the morning and stayed that way until 1956.  It is no longer required, but many people still fast all morning on Holy Saturday to commemorate and contemplate the sadness of the day, leaving the rest of the day for joyful anticipation of Easter and macaroni and cheese. 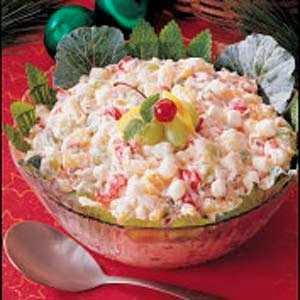 And that salad with tiny little marshmallows in it.

Here is what to expect for Holy Saturday. The altar, stripped bare for Good Friday, remains that way as we, the faithful, wait at the door of the tomb, contemplating Christ's suffering and death. It should be the most calm and quiet day of the Church year. Jesus is in His grave and we mourn. During the rest of Lent we align ourselves with the suffering of Jesus. On Holy Saturday, we align ourselves with the suffering of Our Mother Mary.

And while you are melting cheese in a saucepan, we'll be lining up the Easter lilies around the altar for Easter morning. The pews are done. The carpet is vacuumed. Chocolate bunnies are welcome.
Posted by Sister Mary Martha at 1:09 PM

No communion at the Vigil Mass? Since when??

Nope. Today, Holy Thursday, is the final day of Lent. The Triduum, ("three days") the shortest liturgical season of the year, begins tonight at sundown.

Also, the Liturgy of the Eucharist is indeed celebrated during the Easter Vigil mass. So, there is Holy Communion for those who attend Easter Vigil.

It was always a day of family traditions for us of Polish Catholic descent. Where I am in the country almost every church (Polish heritage or otherwise) has a blessing of the baskets on Holy Saturday. It is my favorite tradition.

First, I am sorry for the loss of Sr Fiacre.
Second, I am very confused. In this blog you said that there is no Eucharist at the Easter Vigil...at least that is what I think it said. We celebrate the Easter Vigil as Easter: adults (RCIA) receive the sacraments they have not yet received and everyone (hopefully) receives the Blessed Sacrament.
Third, I agree with your comment of aligning ourselves with Mary and the disciples on Holy Saturday. They didn't get the "resurrection" thing at all. They left the tomb bereft and in grief and confusion.
I can relate.....

Yes, very confused here as I have been very involved for the past few years in keeping all those who are reading, serving, singing, and being Extraordinary Ministers of the Eucharist organized for Holy Week.

But it is time to go back to the church for this evening's Good Friday -- what used to be called the Mass of the Presanctified.

I am also confused. I (I am still double spacing after periods) looked it up...
http://www.usccb.org/prayer-and-worship/liturgical-resources/triduum/roman-missal-and-the-easter-vigil.cfm
The first part says it should be unique to each parish so maybe the Eucharist isn't celebrated where you are but it is in other places?

We arrived at church on Friday for Stations of the Cross. As we moved from station to station, a different person would volunteer to carry a large wooden cross. At the next to the last station, my son stepped up. I was further back in the group. I kept tracking him with my eyes. I couldn't stop looking for him. And I could only imagine the horror and sorrow that Mary experienced watching her son. I will always associate Holy Saturday (a day spent remembering Friday) with Mary, who, while not the Savior, suffered on my behalf.