I promised I would come back and tell you about St. Valentine's Day since I missed St. Agnes' feast day. I have to warn you that what I'm about to tell you could be considered superstitious. You'll be okay as long as you remember to call on St. Valentine during the process.

The question is which St. Valentine do you call on? There are two.

I was always under impression that the St. Valentine that St. Valentine's Day is celebrating was a bishop who visited people in prison and eventually landed in the pokey himself. While he was there he cured the jailer's daughter of blindness and sent her that nice note we discussed. (Did we discuss that note? I know I talked with someone about the note....."love, Valentine" which is how we ended up with love notes, according to some. My brain is like cottage cheese. Large curd.)

When I was a girl in Catholic school the old nuns told us that the reason we have candy on St. Valentine's day is that St. Valentine brought candy, or treats of some kind, to the prisoners when he visited the slammer. (He could have brought them oranges. Oranges were a big treat back in the day. I always felt sorry for the people for whom oranges would be a treat when I was a child. I think I still do.) I thought the St. Valentine/candy thing was the whole story of Valentine's Day, period. The old nuns were never wrong.

For example, the sixth grade nun was famous for telling her students each year the tale of the tied up woman. No one could wait to land in her sixth grade class to hear the story.

It seems there was a woman whose scalp itched terribly. It became so intense that she had to be tied down so she wouldn't scratch the top of her head right off. Someone had to watch her so she wouldn't wriggle loose.

The tormented woman begged her keeper to untie her for just one moment so she could scratch her head and get some relief. The keeper took pity sake on her and turned her loose and she scratched the top of her head right off.

There was an ant's nest under there. According to the old nun, an ant had crawled up the poor woman's nose, apparently then gone back and got all the other ants and talked them into building a nest between her scalp and her skull.

I don't think that happened. Really. Do you? 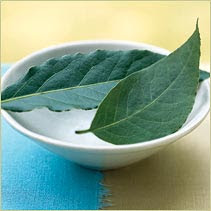 Both stories have prisons and love notes. I say it's a toss up as to who which St. Valentine you want to go with. Both Valentine's are in heaven, available to pray for you.

And to help you find out who is your intended.

It's that middle one that concerns me. Those old dry bay leaves in the jar would be miserable to sleep on, let alone the pin.

And by the way, think ahead and use safety pins all around.

I guess you could flip the pillow over and sleep on the bay leaf free side. But...the idea here is that after you do this you will dream of your intended. Since you dream in lighter stages of sleep it seems to me that sleeping on the middle bay leaf and it's safety pin might just help you dream more. Just a thought.

You can see how this all borders on the superstitious, which is a sin. But I think if you keep praying for the intercession of St. Valentine (whichever one) you'll be fine. The bay leaves will just remind you about the saint and his feast day and God's will and all of those perfectly fine things.

If you just want to pin some old bay leaves to your pillow and snore away, forget it.
Posted by Sister Mary Martha at 6:24 PM

Praised be Jesus Christ! My greetings to you Sister Mary Martha. I have been enjoying reading your posts.

I read some time ago on Catholic Encyclopedia that the favored version of St. Valentine's story began when some very unromantic king decided to temporarily ban marriages, as this created more bachelors for his army.
This decision was not very popular, and so (the to be called Saint) Valentine chose to disobey the proclamation and perform ceremonies anyway. This is what led him to get thrown in prison.

I've read that one too, but I think it may have been discredited...although pretty much the whole St. Valentine thing hangs by a thread. There certainly were two St. Valentine's, but their stories remain murky.

The true story of how Saint Valentine got an itchy scalp after killing those gangsters in Chicago during prohibition.

CHRISTOPHER! Go stand in the corner!

"Christopher! You will also write "I will not post random disgusting things" 200 times!"

Here I was, innocently enjoying my pocky, when I clicked on that.

The two St. Valentines remind me of the story of the fellow who always made the wrong choice..took the wrong courses in school, went into the wrong occupation, married the wrong girl.

Anyway he was on a plane and the pilot announced: "All the engines have quit...I'm bailing out...good luck to you all."

And the fellow screamed: "St. Francis...save me!"

And a voice from Heaven said: "St. Francis of Assisi or St.Francis Xavier?"

I stopped by to check out your blog for admission to our BLOG VILLAGE Family Blog TopList.

I've enjoyed your wonderful writing style so much that I've been reading posts for the better part of an hour!!

I'm not Catholic, and I can't say I understand everything you refer to, but I love your wit. I will definitely be coming here again.

Mr.or Miss Butter, please feel free to ask any questions that comes to mind. And thanks for the compliments.

Tim, go stand in the corner.

I'll let you know if I have favorable results. ;-)

Sister Mary Martha, I would like to welcome you to BLOG VILLAGE. I am one of the villagers and like (Ms.)Dirty Butter I have enjoyed this post.

Welcome to our little convent not on the prairie Miss Loree.

Praise,
It's a good rule of thumb not to click on anything Christopher posts here unless you have a really thick skin.