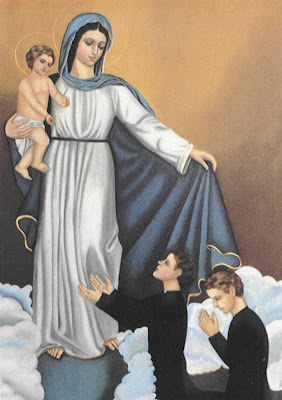 Since I literally wear my Catholic faith on my sleeve, people often ask me about religious vocations. You'd think I'd know something about that, given that I have one and that everyone around me has one and I live within a larger community whose members all have one.

To begin with, I didn't become a nun because I had some great mystical calling. Well, I guess I actually did do that, eventually. But I certainly didn't start out that way. I simply didn't know what else to do with myself. In my day, your choices were "married" or "nun". Girls simply did not run around doing things on their own. One or two did, but there are only so many jobs at the library.

And who knows what is in someone else's heart? One of the best nuns I ever met, who inspired everyone around her and lit the flame of vocations for many other people by her example, only lasted about five years after she took her 'final' vows. She's a happily married mother of five now. 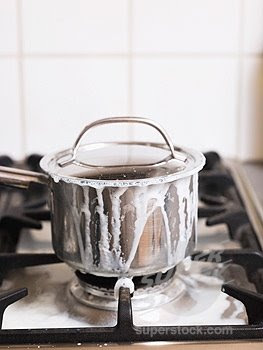 My answer, for the most part is twofold:

One: read about some orders and then go for a visit and see what you think. You know, you can be a 'virtual nun' by visiting some of the orders' websites. For some people, this is enough to wipe the mystical smile of joy right off their faces. Or put it on there.

Two: What makes you think that just because you think you should be a Carmelite or a Benedictine that they want you? They might tell you to take a hike. They don't take just anyone who strolls in feeling all close to Jesus you know.

Which brings me to today's question:

Sister, I am very intrigued by the religious life, and as a married woman and mother, I sometimes feel as if I missed my calling to join a religious order. I didn't revert back to Catholicism (from a life of darkness) until after I had a child and was married...in that order. Now that I feel so close to Christ, it is as if I had my path chosen for me and even though I absolutely love my husband and my child, I sometimes yearn for the ability to join in a community of religious sisters. I am wondering if there is something out there for me, a lay person, to join that would give the same sense of community and consecration to Christ, given that I am married and have a child.

I don't know you. It's irresponsible for me to guess what's what. But, I'm going out on a limb here to suggest that this is what has happened: For whatever reason, you did everything backwards. It should go "Catholic", "Married", "Child". And for you it was exactly the opposite order.

And now, having discovered at last how very fabulous it is to be Catholic you feel like you want to devote all your time to your new found passion. Which is admirable. But not necessarily a calling.

Or, it could just be a simple case of "the grass is always greener."

Some people would suggest that since you are already married and have a child, that you don't have a calling. I won't suggest that. Look at St. Rita. She really wanted to be a nun her whole life. She had to wait until her husband and children died and by then the convent didn't want her. She had to have heavenly intervention, and even then the nuns in her convent tested her every second. She got the last laugh, so to speak, by getting the stigmata and becoming a saint.

But maybe you're more like a lay version of St. Therese the Little Flower.

As the Wizard of Oz says, "What have they got that you haven't got?"

The nun behind the curtain says, "A support group." Pitch in with the Third Order, join the Ladies of the Catholic Charity (how I love them!), start a rosary night with friends. 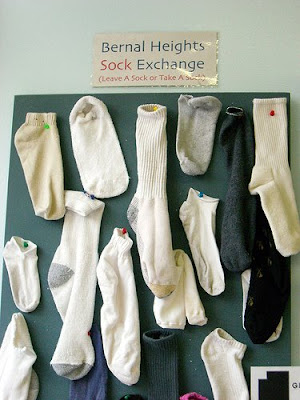 No Third Order or Ladies of Charity group near you? Then you're just going to have to go it alone. Many saints have done the same. St. John of God got out of the loony bin and gathered up all the sick people and beg and borrowed mattresses and bed pans and food and medicine and cared for them on his own.

You don't have to start your own hospital, but you can volunteer to read to children, help the poor, visit people in the old folks home, take meals to people who are stuck at home, or just sort the socks at the thrift store. There is no dirth of opportunity to help those in need. We have a name for all of this in the Catholic Church: the Spiritual and Corporal works of mercy. There are seven of each. If you only did one per day, it would take you two weeks. Then you have to start over.

I hope this helps. I have something on the stove.
Posted by Sister Mary Martha at 11:23 AM

To Jesus through Mary, the St. Louis de Montfort devotion is a lovely way you could serve Jesus and Mary without taking a lot of time from your family obligations.
Love Paullie

When people ask me about why I decided to become a nun and I can tell that they are expecting a story involving singing angels, a bright light, visions or the Voice of God, I like to respond with something along the lines of "Well, Stephen Colbert was already married, so I figured this was the next best thing...."

Hi, I had a similar issue a few years back. I had a wonderful confessor, who like Sister, suggested following the Little Flower. He said that (as she was my patron) I had a calling not necessarily to life in an order, but to love and a loving way of life. The Little way is a great way to work on that.
Love Maria
Maria

Sister,
How very ironic that St. Rita is my confirmation saint! (Although not because she became a nun, but because she was a catalyst for converting her husband and is the patron of "difficult" marriages) She has been a good fit for me and has done some wonderful intercessory work in my marriage. I have tried adopting a bit of St. Therese's "little things with great love" way of life, with little success, but I need to do some more digging into her story and that will probably help. Thank you so much for the advice and for putting things into perspective.

And thank you for making me laugh. I appreciate how real you are, even though I only know you through the computer screen. :)
~C~

when I sometimes entertain my nun fantasy it's usually because the phone won't stop ringing and my son won't stop climbing the walls and the unpaid bills stack up and I am running from one errand to the next.

The "calling" and desires she may be experiences are natural and it's God's way of saying "Hey slow down. WHere am I in all this?".

Then I spend some tie in prayer and all is right with the world. Besides I could never really live with a bunch of woman any way. Yikes.

Its funny, but I became a nurse because there was nothing else to do at the time. I finished High school in 1964 and you were a teacher, nurse or a secretary. I guess I would have liked to be a MD but they would only admit two for every 98 men into medical school. When I tell my daughter about how it was she looks at me with disbelief. Woman now have many more choices and they can do anything they would like to do.

Being a nun never entered my mind.

I´m so glad to hace found your blog by looking at other catholic blogs because i´ve found in your letters honesty and this freshness that resembles God´s mercy and love. I found myself in this post, when I was about to leave school to go to college I thought of being a nun myself, but then God showed me that my call was for service but in other ways. Right now I´m a 5th year Medicine Student and I serve my community in my Charismatic Youth Group or Praying here in my country, the Dominican Republic.

Thank you for sharing with us your thoughts and knowledge. I´ll be around.

Being an oblate at an abbey that has oblates that don't belong to a local group might be a possibility. St. Meinrad Archabbey comes to mind. They have a large oblate program.

The Holy Family Institute - a branch of the Pauline family, offers consecrated life to married or widowed people. It sounds like this might fit the bill for you. Check it out!