Pigs are Smarter than Horses 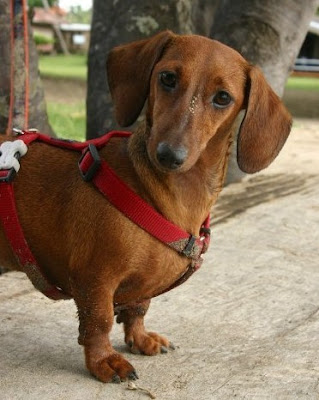 I am always amazed at the wacky notions people have. Yesterday I met a woman who was talking about how much she loves her dog and in the same breath talked about how disgusting dogs are, smelly and all the garbage they chew on, and how she can't bear to have so much as one dog hair floating around the house, and then back to her desire to rescue two more dogs, one with no front leg and one who is blind. She wasn't able to do it because the new owner can't have stairs. No stairs for the blind or three legged dogs.

There is no dearth of crazy notions. My mother's old neighbor is one of those people who insisted that there was no moon landing and the whole event had been staged.

I have been entertained lately by those who try to disinfect themselves and everything around them all the time, a recipe for a weak immune system and really, really strong bacteria.

But this takes the cake:

"So you can be part of the One True Church founded by Jesus while he was alive on earth, or you can be a part of some church founded by some person who was mad an somebody, somewhere, sometime." Sister Mary Martha I've been thinking about the above line from Monday's blog and I have to ask: didn't Christianity come about because Jesus was "mad at" the Jewish leaders of his day? 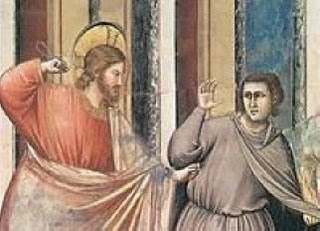 Yes, that's just what happened. Adam and Eve sinned in the garden and God promised to send a savior. Then He forgot all about that. That must be why it took so long.

Then one day God decided He'd like a Son, just, you know, 'cause', and since He can do anything, that happened. God's Son, Jesus, grew up and got mad at the Jewish leaders of His day for not paying enough attention to Him and started His Own religion based on Himself.

I'm not sure which is more upsetting, this notion, or that it was prefaced with "I've been thinking..."

Since Jesus' coming and mission on earth was talked about endlessly in the Old Testament, and the New Testament constantly references those predictions and prophecies so we'd all know who to look for when the day came, I'm not sure how you get that this all happened because Jesus was mad at anyone. Did the prophets say, "the Rose from root of Jesse, from tender branch will spring and get really mad at the Jewish leaders of His day and start a new religion"?

St. Peter and St. Paul did have a tiff about whether or not Gentiles even got to be a part of the 'new religion', so it would seem that no one was mad at any Jewish leaders or any Jews at all for that matter or it would have been the other way around, wouldn't it? They would have been arguing over whether or not those aggravating Jews could join up.

They would have had to found a new religion and thrown themselves out of it for being Jewish.

Jesus' trip to earth was not about being mad at anyone. It was about Fulfillment. Jesus did get a little miffed at some Jewish leaders, but all he did was admonish them every once in a while. They were plenty mad at Him. But He loved everybody. 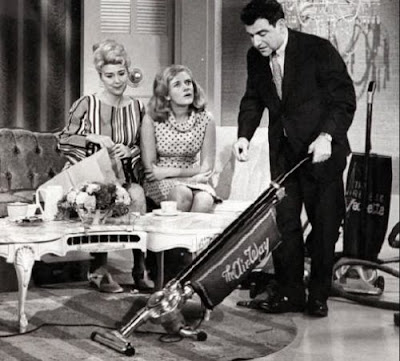 Meanwhile virtually all of the offshoots of the Catholic Church were indeed founded because someone was mad. I was talking to a former preacher of some such denomination. He had been one of those traveling tent preachers. His sect started because they were mad at the sect they were in. It was something about how the communion got served or how the wine was passed or some niggling detail and they split off and added another word to their name. (They left the New Tree of the Spirit and became the New Branch of the Old Tree of the Spirit, or something along those lines.) One week while he was preaching in Florida the locals burned his tent down because he was preaching to black people. This was in the 1960's. He left preaching forever and became a vacuum cleaner salesman. He was very good at it, as he was good at selling people on something.

He had the skill set.

Go ahead and disinfect yourself if you must, insist that aliens killed Kennedy, argue whether horses are smarter than pigs until the cows come home. But know that Jesus showed up to let your soul into Heaven.

Posted by Sister Mary Martha at 11:24 AM

Hi Sister,
I love your blog; its both informative and witty. I guess my question goes along with this theme of different sects... not quite sure. Anyways, I was wondering how the Catholic church feels about those who aren't IN the Catholic Church. I mean I really don't want to believe that some of my best friends who are Muslim, Jewish, and Methodist have to do "hard time" in the "furnace." I remember something like "baptism by acts" or something where they had a second chance. Do they just do more time in purgatory?
Thanks

I was just wondering if you were aware that one of the links on your page leads to web page that states that the "new" post Vatican II Mass is invalid and that Popes John XXIII, Paul XI, John Paul I and II AND Benedict the XVI aren't really popes but heretics?

A Bit of the Blarney said...

Humanity is full of contradictions. Thank you for this look at who we are. :) Cathy

unfortunately, AdSense (the division of Google that supplies those ads) actually forbids site owners just clicking on their own adverts. It's fraudulent traffic. I remember once reading about a tool which allows one to actually look at the advertised websites, but I couldn't tell you anything beyond that it did allegedly at one point exist. I cannot even tell you that it does or does not exist now.

You really might consider balancing the _separated bretheren got mad_ theme with the time that the Pope and the Patriarch got mad and excommunicated each other. I know you don't mean to make it sound as if Catholics couldn't also be mad and divisive, but...