The Second Coming of Corn Flakes 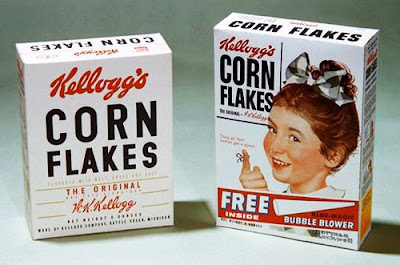 Remember not too long ago, when I was talking about the history of the Protestant churches and how it all started with Henry the VIII and Martin Luther and went downhill from there? I was admonished by some for being 'too simplistic', a criticism I fully embrace. My excuse? It's only a blog. Each denomination could take up several volumes. As time goes on, new denominations spring up like weeds in a vacant lot and their seeds blow in the wind and plant even more denominations. Today's answer to a question from a reader on a patron saint matching will take us on a whirlwind trip like weed seeds in the wind.

Sister, please give me some advice regarding a suggestion for a saint match up. I am sponsoring a young woman in RCIA, she is a former Seventh Day Adventist and was wondering if there are any saints that were former Adventists? I couldn't locate any, but I'm not as knowledgeable as you regarding these matters. Thank you for any help you can provide. ~Catherine

A man named William Miller became obsessed with the Second Coming of Christ. Specifically, just when Christ would return. I believe Mr. Miller was a Baptist, but his obsession caused a new denomination to arise. Millerites were very plentiful in the year 1844. Mr. Miller (through his study of scripture) pinpointed the date of the return of Jesus to be sometime between March 1843 and March 1844. When Jesus failed to return by the end of that year, Mr. Miller's followers recalculated and came up with October 22, 1844.

The fiasco that ensued is known as The Great Disappointment.

An understatement, I'm sure.

The leftover Millerites fell into three (and if anyone's counting, so far, we've had the Baptists and the Millerites and now we'll move onto five denominations arising from this mess) groups who had three different interpretations of what went wrong. One of these groups was the Seventh Day Adventists, who believed that Jesus went somewhere on Oct. 22, 1844, it just wasn't here. I think Jesus entered His Heavenly Throne Room. Something along those lines. 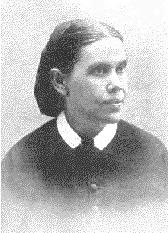 At this point, a former Methodist (demonination #6 in our tale) who had become a Millerite and and then a Seventh Day Adventist, enters the picture. Meet Ellen G. White, a visionary (and by this I mean don't mean 'very forward thinking', although she was that, too....more on that later) started preaching about her visions, which I believe involved watching Jesus go into His Throne Room, but most certainly involved messages as to how the faithful should behave.

And on this count, I have to say, Ellen was a good egg. The basic tenets of her faith are not so different from the Catholic Church. The Holy Trinity, Jesus as Redeemer, the nature of God, really not so different. They do believe that when you die your soul sleeps until the Second Coming. Oops. I'm sure there are quite a few other such...misconceptions.

Although Mrs. White did not found the Seventh Day Adventists, she became the most influential person with that group, the de facto leader of the church. Her books, based on her visions, are the foundations of the church.

I should mention that Mrs. White got hit in the head with a rock at age nine. Her visions began at age 14. Is there a correlation? I wouldn't discount a rock to the head. 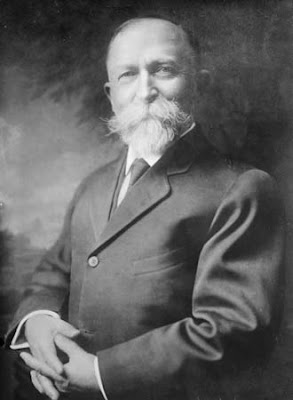 And one other thing: Mrs. White was a health nut. I say 'nut' in the kindest of tones. I am a fan of health nuts. She was such a health nut that her believers eventually got into the health care business. She influenced that super health nut, Dr. John Harvey Kellogg, who invented corn flakes. (Not to be confused with his brother who started the cereal company. He was the one that dumped all the sugar into those boxes.) Dr. Kellogg eventually had a falling out with the Adventists and left the denomination. Happily he did not form yet another religion.

Anyhow, Mrs. White was a vegetarian. A vegetarian in the Midwest in the 1860's. The midwest, where to this day your plate of food will consist of a piece of meat, some version of a potato and something that passes as a vegetable. (For example, if you order a Whopper and fries, the lettuce and tomato on your Whopper are your vegetables. Am I exaggerating? Not even a little.) My hat's off to her on that count.

Now, to answer your question, we have several saints that fit the bill.

First, St. Paul, the patron saint of converts, knocked off his horse by Jesus Himself.

Second, St. Stephen, the first martyr, who well understands what it's like to get hit in the head with a rock.

Third, St. Martin de Porres, a great patron saint for those who adhere to holistic medicine and herbal treatments and that sort of thing. He was very much a believer in that stuff himself.

I'm also a fan of St. John of God, who ran all around not knowing what to believe for a very long time, until Jesus had a chat with him. He founded a hospital, too!
Posted by Sister Mary Martha at 9:54 AM

Nice post! There might be a typo, though. Isn't the "church" in "Catholic church" supposed to be capitalized to differentiate the Church from Protestant churches?

it is through the simple words in this blog that we find light for our questions... thank u for keeping it simple :D

I am slowly but surely reading through your blog from beginning to end – and loving it! I am however, only up to October 2006 – so I am sorry if you have already answered this back-to-basics question.

Not only do I learn things from this blog, but I get to laugh out loud at your humor every time I read it.

I can't wait to see what you think of the "Cambellites". Since I was raised in the Church of Christ, you know.

Very much appreciate the history lessons. Short and sweet:>) Reading The Autobiography of Henry VIII By Margaret George right now to try to get a handle on the Tudor history. I need a HUGE white board for that and many colored markers. Busy, busy people...

I'm pretty sure there's no evidence Paul was knocked off his horse, just that he was knocked to the ground. Hey Sister! Did you see that the Vatican has just named the Cathedral of St. Paul (MN) a national shrine? AND! It's the only national shrine in the country named for St. Paul! Way to wrap up his year!

I am a former Seventh-day Adventist who entered the Church. I know a few others who have made the same journey. I'd love to encourage the young woman who is in RCIA, as I know the journey we face can be quite unique and difficult. Would you mind passing along my email address? Thanks!

Donna, I was raised in the Church of Christ, too, and would also enjoy reading Sister's take on it. (Anti - went to FC. Sooooo glad to be Catholic now!)

Sister, could you recommend a saint for me to pray to about my daughter's upcoming dental work?

I too am a former Seventh-day Adventist who reconcilled with The Catholic Church. I would encourage the young woman in R.C.I.A. to contact Hugo Mendez (his email listed above).

St. John Chrysostom is my Patron Saint, and I have found his writings to be a great help.

Corn Flakes to Seventh Day Adventists to patron saints, all in one entry! What an accomplishment!

I was born, raised and educated Seventh Day Adventist and there is not a day that goes by that I do not thank God for bringing me the the Catholic Church.

My favorite patron Saints for SDA converts are the Apostle Andrew, (he was always introducing people to Jesus) and Blessed Pius IX.

Sister, just a big THANK YOU for making me laugh and feel encouraged at the same time. I just put your website on my bookmarks toolbar.

Dear Sister Mary,
I got introduced to your blog yesterday; I am not Catholic, but my best friend is, and my mother is very small-c-catholic with her Christianity.
Anyway, also I am Welsh, and Dr. Kellogg has a Welsh connection. He was courting a Welsh harpist called Nancy RIchards, and she suggested to him that his name, Kellogg, sounded very much like the Welsh for cockerel, Ceiliog. She wouldn't move to America to marry him, but he kept the cockerel logo as a reminder of the great love of his life.
PBWY
Gwenynen

Thank you for a wonderful blog, I really love it and find so much interesting things in it. When I read about Ellen G. White one thing struck me. My great-grandmother left at least one of her books behind, I have it somewhere but I haven't read it... However I found another one of her books in which she described St Johns Revelations and what they meant, which things in history which they was foresaying and so on. I found it quite unreadable, and her snarlings about the catholic church really made me to loose my interest in that book. And no, I haven't kept it. And no, my great-grandmother never entered the Adventist either.

(I live in Falun, Sweden, in nothern Europe. Even here your blog have readers!)

All the best to you and the other sisters,
Lars-Erik

I have found your post to be most interesting- I suppose it appeals to those who have a greater interest in humor than in theology. I just always assumed that those who "dedicate their lives to Christ" would have better things to do with the limited time afforded us in this life... Shouldn't you be telling the story of Jesus?