Don't worry about them. We pray for everyone in the Church (in Purgatory and on earth) at every Mass, everywhere.  Surely, these folks knew that, as the Mass hasn't fundamentally changed, ever. 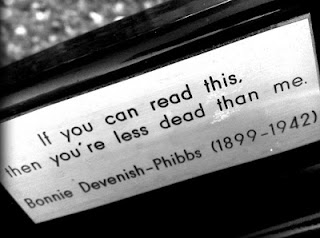 What I'm not sure about is the motivation of these people in the first place. There is no church named "Marvin of East Chelsea" or "The Little Chapel of Vivian".  The only chapel I can think of that has a non saint name is the Elvis Chapel in Vegas. I'm not even sure it's actually called the Elvis Chapel. But I think it is.  In any case, many of them were certainly simply moved to use their massive amounts of dough for the public good, by helping to build beautiful and inspiring churches or chapels.  Yes, they may have hoped that everyone would remember them, but that's what cornerstones and commemorative plaques are for.


Your study has indicated that they paid for Masses.  Okay.  Let's not dodge that idea. There was a reason for a thing called the Reformation.  But even at it's worst, a donation for Masses is still a donation for the Church.  I'm sure there were people who thought they could buy their way into Heaven. They must have thought they were good enough to at least make it to Purgatory, at which point, the Church Militant (us) would pray them out.  And guess what, we do try.  All the time and at every Mass. If they are actually in Heaven, they no longer need our prayers. Ditto for Hell. I'm certain in that case, our prayers (paid for or not) default to another poor soul.


Let's just hope, in the interest of love and compassion, that it all worked out. That while they were alive, the prayers said at Mass helped them to become holy enough to make it, eventually at least, to Heaven.

Dear Sister Mary-Martha,
(while the beginning may not sound natural, it is not often I write to nuns on Blogger.I am also supposedly the last person people know who writes formal letters)- onward! Dear Sister, I am a celiac Catholic. While I love God, and the Faith, and communing with Him as much as I can, I am often terrified by Communion. My issue is that I am not able to tolerate any gluten. I have done research, looked at documents regarding diet, and read numerous articles. Apparently to be "Copacetic" (?) the wafers must contain .10% (one-tenth of one percent) gluten. While many can handle the low gluten wafers (Made by Benedictine sisters) I get very ill on those as well. I am able to have the wine and celebrate with that. When I tried to commune with the low-g wafer, I became very ill-I am- the one who vomited up the Lord, due to gluten. Since my family already has a tough time understanding the diet, I got a lot of weird looks, and still do... did I need to go to confession as I did? My priest reassured me that he knew it was a medical issue and that he didn't think he needed to exorcise me. (odd sense of humor.) But while I love God, it hurts that I cannot commune totally, and that I got ill on His body. Have you dealt with this or any other dietary issues?
As for Feet, are we perhaps referring to Jesus, a Cobbler, or even to Mary and her hair? :)

The Elvis Chapel is called the Little Chapel of the West.

Sister, Re: Bethy-Doll's question, would it be permitted for her to bring her own wafer to be added to the rest in the Mass before they are converted by the priest? I've never thought about it containing gluten. In fact I'd never much thought about gluten until I had to start my son on a gluten free diet a few weeks ago. There seem to be a growing number of people who have an allergy or intolerance to gluten.

Anonymous: No, she can't bering a rice or other GF host. The bread has to be bread made at least in part of wheat--which is why the low GF hosts still have some wheat. Some celiacs are o sensitive they cannot tolerate even that (I have a daughter also a celiac)--for them, even putting it on the same paten might cause a problem because of crumbs. Likewise, Bethy-doll should be careful not to receive from the cup into which a piece of host has been dropped. It's a difficult problem, but one solved by receiving only the cup, and most priests, once it is explained, are happy to accommodate celiacs, even when communion is generally offered only under one species.

Anonymous: No Bethy Doll can;t bring her own host for a couple of reasons. First, it really does have to contain wheat--the matter of the sacrament requires it. No wheat in the host--no valid sacrament. Second, even putting a totally gluten-free host on the paten with the regular ones might contaminate it with crumbs, and make matters worse. My daughter is a celiac--we've been through this. The answer is to receive only the cup (and not the one into which the piece of host has been dropped). Once they understand, most priests are happy to accommodate, even in situations where communion is only under once species.

The celiac issue is a huge topic for our family. We really hope and pray one day our dad will convert to Catholicism (mom raised us Catholic). BUT he is afflicted with both severe celiac disease AND alcoholism. Ingesting wheat and/or wine pose difficulties that seem insurmountable for my dad. Any ideas would be greatly appreciated.

I just learned about expiation chapels recently, in spite of being a lifelong Catholic! The huge church that was just finished in time for the Pope's visit to Barcelona is one of them, dedicated to the expiation of the sins of souls from that city (I think it's their third expiation chapel - they must be more sinful, or are more mindful of their sins, than most cities' residents!). And there's an expiation chapel for the Bourbons of France, especially Louis XVI and Marie Antoinette, in Paris.

I find it heartwarming that a church or chapel would be devoted to dedicating Mass and devotions toward the expiation of the sins of either particular people, or groups. Now I know about them, I don't know why they're not more common. If the United States needs someone to pray for the expiation of its citizens' sins (all of us), I can't think of a more opportune time than now.

iam writing concerning the gluten wafer (Host)what if those who say what it must be made of are wrong? oh Mercy! is this NOT the body of OUR Lord and Savior? no matter what you put in your mouth?i say--its not what it looks like or what its made of--its JESUS! its His body--his bones and my healing! once i was very sick and i was not getting better. i called the church to ask someone to come and give me communion. it was a very busy time--everyone was sick! so while i waited and waited for a call back to let me know whan a person could come--i decided to ask God if he would send me an angel and the angel could give me communion? guess what happened?
an angel came--said"open your mouth--this is the body of Jesus christ" so i did and then i swallowed. then the angel said "open your mouth--this is the Blood of Your Lord and Savior" and i did. and it was--and i instantly started getting stronger and better and made a call back to the church office and told them to cancel my request that i just got what i needed and i feel really good. i explained it all and the receptionist asked me to "..call back and tell the Sister all about it--she would love to hear that!"
I did! i did forget to ask that angel exactly how much wheat was in that wafer...did i do wrong? :0)

The Italians call it "buying a Mass", but it's really a stipend for the celebrant. Endowing a chantry or some such meant setting up an amount of property sufficient to support a priest or priests. It makes sense that a Mass stipend is enough to support a priest for one day, which is the guideline I've seen given in various places. I work it out by taking an amount that one could live on frugally as a single person for a month in the place the Mass is to be offered, and divide it by 30 - if I'm too skint to afford that, as often happens, then I just work out what I can afford.