A Menu of Patron Saints

The elephant honeysuckle has grown so huge that it obscures the pathway to our front door. Before all the little ghosts and princesses and Hulks come for candy tonight, we have to get out the clippers. The candy is in the big yellow bowl and I am keeping my mitts out of it.

Today's question from a reader:
Sister, Is there a patron saint for eating disorders?

There are quite a number of food related patron saints. I suppose it depends on which direction the eating disorder lies.  Too much food? Or not enough food?

I think we can cross off the patron saints of cooks (because he was famously roasted on a grill), St. Lawrence,  (and famously said, "Turn me over, I'm done on this side!") and St. Martha, the patron saint of waitresses, cooks and hostesses because of her famous "Dinner with Jesus" where Jesus admonished her for being irritated with her sister who wasn't helping in the kitchen when the Apostles descended upon her home one fine day. They don't have anything to do with actually eating a lot or a little. 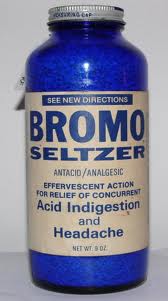 We could go with St. Charles Borromeo. He actually has nothing to do with eating disorders, but he is the patron saint of stomach and intestinal woes. But not because he had any. There is no real link between him belly pain, except that he probably caused stomach aches to the folks around him with his strict discipline.

A little strict discipline might help an eating disorder. 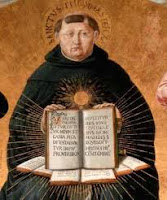 That leaves us with St. Thomas Aquinas, on the "eat too much" side.  He was famously weight endowed and many people believe he had some sort of eating disorder beyond, "Wow! I sure do like deep fried macaroni and cheese wrapped in bacon!" Or perhaps some sort of chemical imbalance.
But then, a lot of people who are weight challenged like to believe they have a glandular problem they don't. Almost no one has glandular problem that causes them to remain obese. 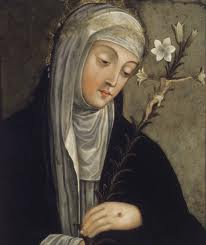 On the other side I offer for your consideration St. Catherine of Sienna. St. Catherine fasted almost continually, surviving for very long periods on only the Holy Host.

I hope I won't upset people by saying that I don't think this is a good idea. St. Catherine was truly one of our greatest saints, but as they say, "Don't try this at home." She also died at age 33.

Whatever you do, while you pray for the intercession of our great saints to help you (or whoever it is that you have in mind that needs help), make sure therapy is sought and followed. We are not Christian Scientists here. We believe in science and medicine and seeking appropriate help when we're in too deep to help ourselves. The saints can pray for us to have the grace and strength to survive our serious problems, but we'll leave it for them to survive on only the Holy Host.
Posted by Sister Mary Martha at 1:16 PM

St. Dymphna is the parton saint of mental disorders, if that helps!

From a different anonymous: I too am interested in a patron saint of eating disorders. I found Maximilian Mary Kobe - patron of drug addicts (or addiction?), and St. Monica, patron of alcoholics. Maybe it makes sense to deal with addictive behavior - not necessarily the object of the addiction? Thoughts?