An Angel Gets a Moustache 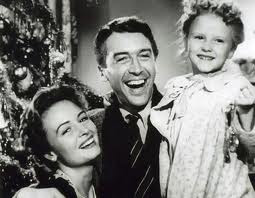 Marion T I agree with you. The way our prayers are answered, the way our angel protects us is not always the same as we would desire. When one hears a distinct voice commanding one to RUN HOME, just in time to prevent a fire from consuming one's house, where did that come from? I rather think it's from a benevolent presence and not simply one's imagination. Father Barron speculates, in the Catholicism series, that each angel is its own species and that makes the most sense to me. I cringe whenever I hear from a Catholic who should know better, "Well, dear old Auntie Meg is now an angel in Heaven, watching over us!" when old Auntie Meg has shuffled off her mortal coil. Charity would compel me to eventually straighten her out on that notion but I'm a coward and don't know how to avoid hurt feelings there. Any suggestions?

There has been a suggestion or two in the comments section (which is also the place to leave questions, by the way).  I'll add my two cents.

It depends on the circumstance and the person. You wouldn't want to say anything that might embarrass the speaker of the misinformation if you were in a group of people, calling her out as a dumb bunny. You could say something very simple, like, "Oh I hope she is watching over us in Heaven! That means she's a saint! Everyone who is dead and in Heaven is a saint."

I, too, cringe at such comments, but I can generally get away with a mild reminder (based on my get up) that Auntie Meg is a saint in Heaven, not an angel. I might even go so far as to mention that angels are a separate entity from human beings.

I tend not to do that, though.  For one thing, these things are generally said at funerals and wakes, when people already have enough to think about.  I might pipe up if it comes up in a regular old conversation, not at a mourning fest.

And even then....not so much. It really depends on the circumstances. I pick my battles, as they say. And sometimes, you just know your thoughts fall on deaf ears. 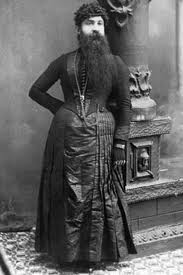 My mother is one of those people who insist, along with countless others, that if you shave the hair off anyplace on your body, it will grow back darker and thicker. I've listened to her admonish young people never to "start shaving" and tell the story about how Aunt Char's sister shaved her face and ended up with a thick black beard.

The truth is Aunt Char's sister probably shaved her face because she already had a thick black beard. If shaving caused hair to grow back thicker and darker there would be no bald men or women and no men with scraggly beards.

After hearing her say it again recently, I did a little research. A lot of people believe this myth. Maybe I'm the one who is wrong? Maybe when women shave, their hair grows back darker and thicker?

The doctors at Mayo Clinic beg to differ, as does every single other person who knows anything about hair, shaving and hair growth. 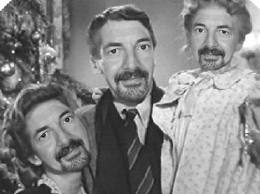 But I'm not going to mention this to my mother, because she will tell me they're wrong and I'm wrong because she saw what happened to Aunt Char's sister. Which isn't even empirical proof, although I'm sure I could never convince her of that, either.

I imagine that people who want to believe that Auntie Meg is an angel in Heaven will continue to do so, no matter what you say to them. It's not the worse thing you could get wrong, theologically speaking.

when I was a little girl, one of my catechism teachers was a kind old nun. I told her one day that my oldest sister, whom I never knew, had died as a child and is now an angel. She corrected me very gently, telling me she was a saint, not an angel. At the time, being a child, I was a little hurt, but she did me a great favor for which I've been grateful ever since.

In feet??? I don't know what that means, but the Saint of the day is Teresa of Avila.

Since you mention questions can be asked in the comments section, I have a question I need to ask, please. I teach faith formation in our church, and the kids in my class are getting confirmed this year. We were talking about patron saints, and suggested that the kids choose someone that they have an affinity with -- maybe a saint shares their weaknesses or strengths or interests. One girl asked me for suggestions for a patron saint of shyness. Searching on the internet I found references to St. Dymphna, but I'm not sure I want to recommend her. It seems like a lot of the saints lived quiet, holy lives. Can you recommend someone nice for this nice little girl? Thank you for your wonderful blog!

Your blog is a blessing. There is always something new to learn and ponder. You are too funny!! St. Wilgefortis and Zuzu with a beard! I'm laughing out loud here, trying not to wake sleeping loved ones in the next room. Tears of laughter are falling off my face.

How beautiful that our guardian angels are always near, loving and praying for us. I sense that my angel is a very kind, patient person who remembers every beautiful grace and blessing that our merciful Lord has bestowed on me.

Some of my family members have angel stories along with me. Whether these were angels who appeared in human form or humans who were commissioned to do an angelic deed, at the precise moment when we were in danger and prayed for help, God sent them to keep us safe and to tell us: "Don't be afraid."

Hi Sister,
Do you mind if I ask for your and your readers prayers. In short, I have very worrying symptoms that are not going away and the doctors are being very slow with any investigation and I feel so anxious It's taking over everything I do.

As a daughter of hirsutism, I feel qualified to say that you and the Mayo Clinic are correct regarding facial hair. There are laser treatments these days, but it cost an awful lot of money, and insurance doesn't cover it. I pluck, wax and then shave whatever is left.

Anonymous, it is so refreshing to hear from an other that even remotely compares to I in belief. No other in my Six member family of X Catholics has seen or come close to an Angel experience of any depth. I have learned that though Angels are mass produced in factories and ninety percent of the public buys them and talks about Angels, very few themselves believe they exist. It is a secret hatred. It is enough to stop any saved person from ever believing. In the Catholic church the same, if a member who has no knowledge of Angels realizes at some point he/she is to contend if they are to be given, a sort of carnal reasoning is thrust upon them to prevent them from learning more and prevent an Angel from contacting them, and these members are then blessed and sent on their way to success in and around those who communicate with Angels. Like I think you know, there is an other side to this, our type can speak in full what we know and sorrow is turned to joy.

Anonymous,
I prayed Rosary today for your intentions.
You are precious to our Lord.
You will receive the graces you need.
Peace be with you.