No, there isn't, but that doesn't stop everyone from trying.

We're used to seeing the disciples more or less like this:

If not grey haired, at least wizened looking and thick bearded.There's a bald guy on the end of the table there.  I think the traditional "wisdom" is that the disciples were as old as Jesus, maybe one or two were older. I have known people who went grey or bald in their twenties.  Given that Jesus didn't make it past thirty, that makes the Apostles relatively young.  Relative is an important word here, as the average life expectancy in the time of Christ was...pretty young.  40 was the new 87 back then. A man in his twenties could have had quite a life for himself back then, married as a teenager,at work since he could walk.

So just for the sake of 'we never stop making conjectures about Jesus and His life on earth", let's visit some of the scholarly thoughts scholarly people have had about how old the Apostles were.

Matthew was a tax collector. Since he had a job he must have been older. How old? Who knows.

Young men did not take instruction from Rabbi's who were younger than them. That makes all of the Apostles younger than Jesus who was 27 when He began His ministry. How much younger? Who knows. 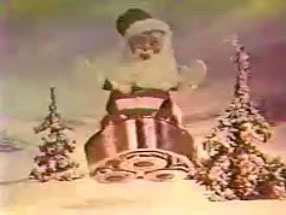 So the images of  these bearded old wizard looking fellows are a bit out of step with what was probably going on. Although beards make you look older and wiser. That's why young men grow them. Unless they're Amish, then it's because they don't use Norelco products.

Certainly the Apostles were in the prime of their lives, as they jumped out on foot and walked all over the known world until they they met their unpleasant demises. I believe John might be the only one who didn't have an unpleasant demise. We don't really know what happened to them all for certain. Here is a rundown of who they were.

It's really quite a turn around to consider the Apostles as teens or barely out of their teens. 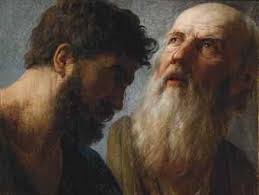 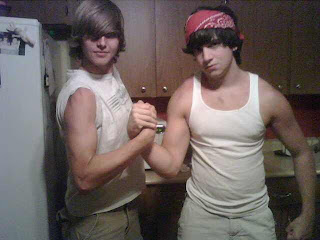 Peter and Paul give each other the hand shake of peace?  And then have a coke.
Posted by Sister Mary Martha at 3:41 PM

SMM, I'm graduating from college in one week. Prayers appreciated. Thank you so much. I may not be online much anymore

Hehehe! The picture of young Peter & Paul giving the he-man handshake of peace is priceless. Seeing the photo, I can picture the Apostles as young and strong.Fishermen hauling up nets,traveling all over on foot = total through hikers.