The Lord Giveth and you know what comes next

Holy cow! I didn't realize I was so behind on answering questions! I also can't believe how many posts start with exactly this type of apology. Long ago I made a list of sins for the new millennium (way back when the millennium was new), things like watching Mass for Shut-Ins when you're not shut in and counting that as Mass. Perhaps I need to update the list to include "if you find yourself apologizing too much on the internet, do better".

At any rate, here is today's question. A doozie, and I expect that it will spawn a lot of remarks, and further questions. Which will no doubt take me forever to answer for which I will have to apologize. I apologize in advance.

I didn't see a contact, so I'll leave my question here. Actually, it's my 15 year old son's question. He has some doozies! He was wondering why God put a hit on the Egyptian first born children (specifically - 10th plague) when He was trying to get the Jews their freedom via Moses (Exodus). He thinks it was an act of terrorism. Sigh, I tried to explain it, but he is not buying a more philosophical, broader interpretation. I think he reads the news too much! He doesn't understand why innocent children had to die at the Lord's hands.

How did you explain it?  Just wondering.

I don't think you can ever read the news too much.

It's much simpler than it would seem. God gives life and He can take it away. He's doing it RIGHT NOW. We never get to question that, although we almost always do.  We do not get to do God's job by taking life away. If we kill people on masse like that it is an act of terrorism. If God does it, He's just being God.

I know that doesn't sound like a satisfying answer.  There are other explanations I have read but they cause me to roll my eyes so far up into my head I can find old phone numbers from 1972 in my brain. 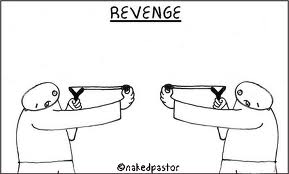 Let me digress for a moment and tell you the absolute stupidest one I found. This fellow had gone through the pains to figure out who died.  For example, if you had four sons and your eldest had already died someone, you wouldn't have lost your second born in the plague. No first born who were daughters went.  First borns who were grown ups were eliminated, I guess if they were now heads of households? Anyhow, doing the math, he figured out that only 3% of the populated were taken by God and compared that to hundreds of thousands that the Egyptians had killed, or some other group who had decimated the Jewish people in some other big conflagration. And that made it okay with this fellow.

And I thought, "Are you kidding me?"  Killing children is not about numbers. They are not prunes. "Is a few enough? Are six too many?"

Back to my answer.

So about now, your son is not going to be happy with my answer, But he's framing the question incorrectly. God doesn't kill anybody.  If you want to frame the question that way, you have to actually say, God kills everybody, as He alone chooses when to take us home.

This time He chose to make a point by taking souls back to Heaven.  (Technically, those souls in Egypt would have gone to the Limbo of the Fathers and Jesus would have taken them to Heaven when He was there after He died and before He rose.)

God takes thousands of babies and children every single day. Miscarriages, ectopic pregnancies, accidents, illnesses.  He's killing them left and right, if that's how you choose to see it.

What happens here is here and gone. We are here because God loves us into existence. Then He takes us home again.

Thank you! I am in my fifties and this is the best explantation I have yet to hear.

Hi sister, I just learned that I had salmonella poisoning, although thankfully it wasn't severe. At about the same time my best friend became extremely ill and had to be operated. All this to say we barely came out and are intensely grateful for our lives. As my friend put it, its like God came down and shook us and said wake up and see that your not immortal, fools. Is there a saint or a particular prayer for situations like these?

When my son was diagnosed with leukaemia, someone said to me that illness is in our lives because we live in an imperfect world. And the battle rages fiercest because of this imperfection.
The quotation I live by says "Christ came into the world neither to explain suffering, nor to take it away, but to fill it with His presence."

Thank you for taking the time to answer my son's question!

I explained the deaths as an act of free will on the part of pharoah. He was so pig headed and prideful that he was willing to ignore all the plagues and warnings, and brought it upon his own people. Had he let the Jews go after the first few plagues, he'd have saved the children. He was sure of his own gods and his status as a god. Supposedly, each plague attacked an Egyption god.

My son will have to come to terms with the fact that he is not the ultimate authority over his own life...not even for a moment. This realization will come with maturity, God willing.

Thanks again...he needed to read this.