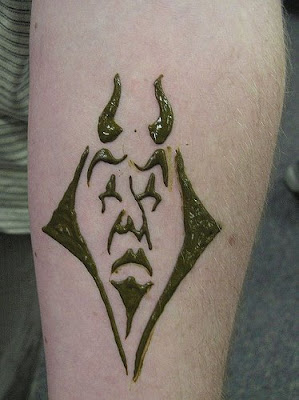 Sorry I haven't been around. Sister St. Aloysius has been using my right arm and it's hard to type with just my left hand.

I think I mentioned a while back that Sister St. Aloysius is not a good patient. She's not accustomed to being sick or injured and just doesn't know how to act. She's trying to pretend as though everything is the same and she can just go on her merry way. Her way is particularly not merry these days.

I've considered tying her up. I told one of the Ladies of Charity the other day that I had thought about clocking her with a frying pan. That particular lady had spent a few hours with Sister St. Aloysius earlier in the week. Her charitable response? "Wait until she turns around."

She's just not getting the rest she needs to heal. She's moving her arm around too much. Her fingers are swelling and tingling, her sewing hand thumb won't bend on it's own.

I could slip her a mickey.

I caught her trying to cook yesterday with her one good arm. She was trying to open a jar by leveraging the jar in her cast and twisting her lid with her devil arm. Even if it had worked she would have been covered in olive juice. 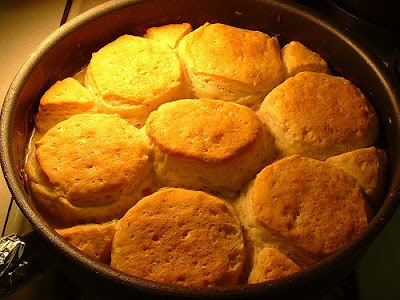 The good news is that we have discovered that I am a decent cook. Who knew? All sorts of things I know about cooking have come back to me, from how to make chicken pot pie with a biscuit top to how great meatloaf tastes if you put every single thing you have in the refrigerator in it. Hence the olives. Turn your back for one second and you have a helper with one devil arm whacking at jars.

I used to cook along side my mother when I was a child. My mother is an excellent cook and really wanted to teach me to cook. But every task she gave me somehow didn't please her and she would grab it away from me saying, "Not like that!" and do it herself.

So I just made life easier for both of us and let her do it herself.

Somehow a bunch of it rubbed off on me, even if my mother wouldn't like the way I sliced the tomatoes. She's not here to disapprove anyhow.

And Sister St. Aloysius can't grab anything away from me. Ha!

Six weeks. Our Lenten sacrifice is all laid out for us.
Posted by Sister Mary Martha at 4:16 PM

Oh, Sister...if Sr. Aloysius doesn't rest that arm she risks permanent vascular and nerve damage. Seriously. Wish she would slow down, I fret about her.
Glad you are able to try your hands at cooking. It's funny, the little changes in the group dynamics that occur. All the roles shift just ever so slightly--like a mobile. Enjoy the chicken and biscuits. Wishing I had thought to have some here for after work today:>)

So, Sister St. Aloysius is being a handful, it's par for the course. Remind her that she's needed, that is why she must strive for patience and take it easy so she heals. Otherwise she will get worse, and end up in the hospital. That might help a bit.

My mother was much the same. I remember being so enthusiastic about wanting to learn to cook, and she'd end up shooing me away. I always felt that she thought I'd cut myself with a knife or burn myself on the stove. But you watch, and end up learning anyway. I never felt much confidence in myself as a cook until I was in my mid-twenties. My daughter hasn't expressed an interest in cooking until she was in her twenties.

The pot pie with the biscuit topping is lovely, the pattern looks like a flower, with the smaller wedges, filling in the edges. I have never gotten the hang of meatloaf myself.. it just never comes out right when I make it.

My grandmother just broke her hip, and I have to admit that I am rather glad I will not be the one taking care of her when she comes home from the hospital. She was a nurse, and like many in the medical profession, she is a bad patient and always tries to do more than she should when she is ill.

I hope Sister St. Aloysius learns to rest properly, and heals soon. I'll say a prayer to her patron saint for her (I went to a university named for St. Aloysius Gonzaga, so "me and him are tight," as the kids say).

I was lucky. My mom was very encouraging of me when I was younger and helped her in the kitchen. I feel very comfortable in the kitchen now. Still, I love easy recipes. If you need easy recipes, give us a shout out to leave them in your comment section. You know we would love to be able to help you in some small way...

Give her the prepackaged biscuits to put on the baking sheet. If she's TRYING to get a stigmata of some sort, she's going about it alllll wrong. Instead she's asking for an amputation or something. Neither one is pretty, but I don't know that I'd want either.

allrecipes.com is a great site. There are rating and tips from people who have tried the recipe. I have good old fashioned cook books that give instructions as well as definations on terms.
I don't like processed foods so I like the old recipes made before cool whip and margarine.
I am chafing at the bit here, wishing I could bring in meals and help out. God Bless.

Oh poor St. Aloysius, I hope she gets better soon. Thank you for caring for her... sounds difficult. I like what Feisty said... maybe give her small tasks that she can handle.
Take care, peace, Judy

SMM,
Blogging seems to be good therapy for you. Your sense of humor and the grace of God will see you through.
I will pray for both of you.
Barbara from Indiana

I like that biscuit dough chicken pie, too. I wanted to share some good news about that book you recommended, My Cousin the Saint. I gave it to one of my children's godparents, and she passed along to a young man of Calabrian descent, who loved it. It's inspiring him to reinvestigate the Church, from which he had drifted away. I'm so glad you helped me to help her reach out to him in this way!

I'm not Catholic, but this blog is pure awesomeness. I read it all the time. Thanks for sharing.

Sister MM,
How about suggesting to Sister St. Aloysuis that her Lenten penance be: Don't do more than your doctor told you to.

That would probably be worse for her than your giving up basketball.

But every task she gave me somehow didn't please her and she would grab it away from me saying, "Not like that!" and do it herself.

Ha! I have that problem with my girls. :-) Now that they are getting bigger, though, we've found a happy compromise. It turns out I'm not nearly so stressed if they just work alongside me on their own thing, where I can give them pointers, but they aren't messing with whatever I'm cooking.