Some Bird in a Coal Mine 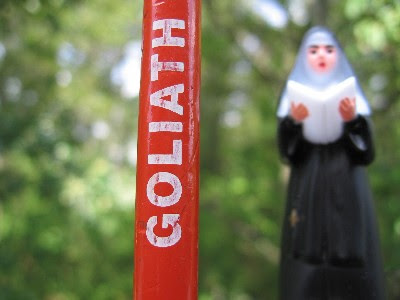 Sister St. Aloysius is very pleased with the response to her letter writing campaign to the Oxford Dictionary Junior Edition. She wishes to caution every one who wishes to join her protest not to run off half baked.

This sentiment is common among our readers:

I think the powers that be in the world are trying to eliminate any reference to Christian religion. Christianity is the only religion it is permissible to discriminate against, or so it seems to me. Maybe a few others have noticed this new trend.

I have noticed that people like to say this is a new trend, as evidenced in the phony War on Christmas, but I just don't buy it. If really think that Christianity is the only religion it is permissible to discriminate against, you haven't spoken to any Jews or Muslims lately. Muslims are the new Jews, where discrimination is concerned.

I'm not saying there is no discrimination against Christianity. I merely suggest to you that we are very low on the ladder of true discrimination, certainly in the United States and in England.

We must especially keep our hats on straight while writing to the Oxford Dictionary, because they did not just remove "nun", "sin", "saint", "bishop", "nunnery", "abbot" and "monk". They also removed “magpie,” “vine,” “beaver,” and “canary.”

"Blackberry" is still in the Oxford Dictionary Junior edition but not as a very seedy little fruit. It remains as a word for a hand held telephone/computer/organizer device.

For this they deserve the "raspberry" for short sightedness. I think the fruit will outlast the technology. 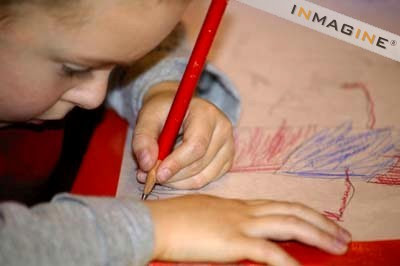 My point is that lots of words went by the wayside. "Gone to where the woodbine twineth," as my mother likes to say. I'm sure woodbine is not in that dictionary, not is 'canary' is gone.

Their excuse for dumping all of these words was that the dictionary has to stay small enough for little hands to hold.

The more I think about, the more I am convinced that words that must be eliminated are 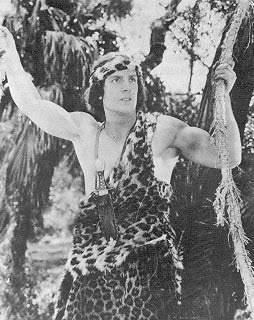 "Oxford Junior Dictionary". Why do children need a watered down, missing words, dictionary in the first place? The last thing children need is less information, especially these days.

Can't these children just use their Blackberries to look up words anyhow? I believe they can. So much for the 'little hands' excuse.

Poor Tarzan. Just swinging through the jungle on a........

In my line of work we've called these poorly thought-out decisions the "Revenge of the B-students." B standing for Business. Throwing the baby out with the bath water and all that stuff. Allows yet more "B-students" to come in to re-vamp what didn't need to be vamped in the first place. Job security for the short-sighted. I shant buy the new Oxford Jr. dictionary. I'll hang onto my old ones, thank you very much--the ones with real words in them that a person might just need if they were nature lovers at a convent or perhaps jazz afficionados, or enjoyed old comedic movies or new OCD detectives...

When I was in grade school I could never stand how dumbed-down those "junior" dictionaries were. Why did I need an illustrated definition of "television"?

Also, regarding the supposed plot of world leaders against Christianity, I want to hug you for your cool-headed perspective on the "culture wars" that get people too worked up about little things like kiddie dictionaries.

Really, who would buy an expensive electronic device for someone who was to young and immature to take care of it, at this age they have no concept of value and would lose the darn thing....

Agreed. I think the removed words are a glimpse into the dumbing down we've achieved over the years. I think the last thing kids today need is less exposure knowledge!

When I was little, we had the BIG dictionary -- unabridged, 6" thick and doubled as booster seat. If we didn't know a word, we used that. We didn't miss out on any words, they were all there. If we didn't understand the definition, we asked mom or dad. They did a pretty good job of explaining it in terms we could understand. Is that not done anymore? That "parenting" thing...?

My best friend and I share the same ideal. If we use a word the kids don't understand, and they ask what it means, they get pointed to the dictionary. The children dislike when we do such things to them, because it's just utter torture to have to think, and they just can't understand why we won't just tell them the answer. We are evil parents like that. We parents are quite entertained by it.

we too had the unabridged dictionary and loved it. Now we look up in the online dictionary which also has a little pronunciation thingy so you can hear it spoken properly. I never understood the pocket dictionaries that had words in it like 'door'. I know what a door is, I need the tricky words in a pocket dictionary, not the easy ones.

With respect, I know this is off subject but you wrote, "Muslims are the new Jews, where discrimination is concerned."

What do you mean by this and what is a "new Jew?"

Well Sister...after reading you for a couple of years now, I've decided that more folks just have to know about you. So, for you and for all of the folks reading this, I'm pleased to announce that Sister Mary Martha has her very own "fan page" on Facebook. Sr. Mary Martha fans: If you're on Facebook, check it out and and add your name and pic to the fan roster. She's listed just as she should be...Sister Mary Martha.

I have to disagree regarding Christians not being discriminated against in the west, it is happening. I'm a former democrat, now an independent. I didn't buy into the war on Christmas thing, at least not straight away, until friends in Massachusetts sent me clippings from local newspapers about what was going on in their nearby town of Lexington, MA. Then I started learning about what was going on in Canada, then in England and Scotland, then in Europe.

In my state of Michigan, a radical group invaded a church last November, threatening, harassing and frightening elderly people, families and children. Seeking to demean their beliefs. The town police did nothing, even after catching several of them engaging in sexual acts in the church restroom. The state AG at first claimed to be investigating what happened, after people were up in arms about it, then he let it slide. The local media had been informed about the invasion in advance and came along in the hopes of being able to report that the violent, evil Christians fought back. He was disappointed that all they did was politely, but firmly request that the invaders leave the church and stop harassing innocent people. The local sheriff actually lied about what he saw, and tried to accuse the church members of lying about a fire alarm going off, after one of the invaders pulled it.

Frankly, it starts out in increments, and as they are able to get away with more and more, things will get worse. Muslims are not being discriminated against, and I have to say it, the only ones discriminating against Jews, are Muslim extremists, and the radical far leftist extremists who ally themselves with Muslim extremists. I know my history, I was inspired to learn all I could about the holocaust, because a much loved person in my neighborhood as a small child, was a holocaust survivor, a good and kindly elderly man. What I learned was that the nightmare didn't spring up over night, it started out small, and then they got bolder. If Christians today do not stand up for themselves, and not allow themselves to be easily intimidated, then things will get worse. Not advocating that we lower ourselves to their level, and I do believe in turning the other cheek, when possible. But Christ also advocated that we stand up for the powerless and innocent, and not allow them to be victimized and lead astray.

In all the classrooms of St. Joseph's Grade School, in the Midwest in the mid 1950's, the dictionary was very big, very old, and also unabridged I am happy to report. All through my school years I HATED looking up words, but at some point in my 20's I surprised myself by finding it was fun to learn exactly what a word meant. Especially a word I was familiar with, but couldn't explain the meaning of very well.

I will not comment on the dictionary thing as so many have done so so well. But I have an Ash Wednesday question. My husband just brought it up as if it were an original idea, but I have wondered this every year for years.

The Gospel reading for today starts out: "Take care not to perform righteous deeds
in order that people may see them."
Then we go out from Mass and go to our jobs or our shopping with big black crosses on our foreheads. So, isn't there a bit of irony in that? How do we reconcile the words and the act in this case?

As a Catholic Canadian Ornithologist and Vinyard Owner I am completely outraged by this!

How many words did they eliminate from the junior dictionary? It seems to be maybe a few dozen at most, if the lists of missing words are comprehensive.

So how many pages does it take to define a few dozen words in a dictionary intended for small hands? I find it hard to believe that more than 5 pages would be needed.

So how does eliminating 5 pages make or break the handheld quality of a dictionary?

I'm a numerical kind of guy, and this purported reasoning just doesn't add up.

"With respect, I know this is off subject but you wrote, 'Muslims are the new Jews, where discrimination is concerned.'

What do you mean by this and what is a 'new Jew?'"

Chris,
I think I can answer your question. Sister meant "Muslims are the new Jews" in the same way that someone might say "Pink is the new black" or "Email is the new letter." It's a common phrase that's used. The meanings of the words are still strikingly different; it's just that one has become more prominent than the other.
With this in mind, I think Sister meant that more people in the United States have begun to discriminate against Muslims instead of Jews. I hope that clears some things up for you.