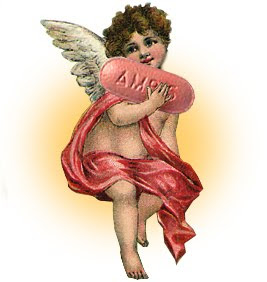 Where has the old girl been? Some kind reader with ESP asked how Sister Mary Fiacre has been doing, seems that I haven't mentioned her in a while.
Let me mention her now. Sister Mary Fiacre has been in and out of the hospital with all manner of heart ailment. She's doing much better now, thank you all for your kind prayers in advance.
It started with her feet. Sister Mary Fiacre doesn't get much exercise, as you can well imagine, so she is ever so slightly rotund. As a result, we didn't think it was odd that her feet were so fat. Everything on her is a bit eversized, why should her feet not come to the party? We've put her shoes on horse style, that is to say, picking her leg up backwards and jamming the shoe onto her foot, for years now.
But when she became nauseous and short of breath we headed for the emergency room. Unlike my broken toe trip, which cost us many hours of offering up our suffering for the Poor Souls in Purgatory, a short of breath nauseous old nun will get you right in to see the doctor. It still took hours of blood tests and monitors, but she was admitted.
She had excellent care, in part because she also tested positive for some sort of staff infection which caused everyone to always wear a hazmat suit in her presence and scored her a private room. 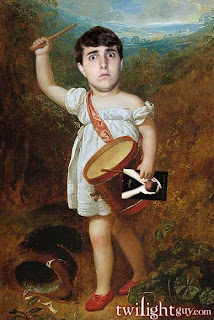 But things didn't go very well for her. She has congestive heart failure, she was full of fluid, and she developed atrial fibrillation, which means her heart was beating all kinds of ways. It beats to a different drummer, so to speak.
True to form, she is the only person in the world who likes hospital food. She is not a picky eater. I wonder if at some point in her life she was food deprived. She really has a true appreciate for whatever appears on her plate.
They gave her some pills to get rid of the water and lo and behold we actually saw the true size of her ankles! Teeny! But her heart would not go back to a regular rhythm. Pills didn't help, the low salt diet didn't help. We took her home again.
Two days later we had to call an ambulance. We were feeling really down in the dumps. We called Father for the Blessing of the Sick. We sailed past the mugging victims and people who hit themselves with a hammer into another private room. We wondered how many people would be leaving the same way they came.
She got better again, but her heart rate was still erratic. The doctor had a plan to give her a shock. 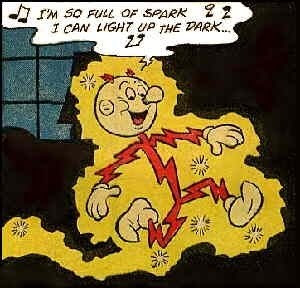 "Don't taze me, bro!" He said it would shock her heart back into a normal rhythm. Or not. Or it would work for a while and then her heart would get crazy again. Meanwhile, the drugs they had given her were working too well and her blood was too thin and the whole tazing thing was put on hold.
She had been very restless during this second round and I suggested that they give her something to help her sleep. This was on Saturday. The tazing was set for Monday. They gave her that Ambien stuff. I supposed we're lucky she didn't get up and drive the car or find the hospital kitchen and eat a whole cake or murder someone. She slept for two entire days.
She finally awoke Monday morning with a normal heart rhythm. Miracle? It does fit the criteria. Instant and unexplained and good.
We've had to make a few more adjustments to our little world. She is much weaker than before, and therefore quite a bit more work. We are learning to like less salt. We gave up martinis at 6.
I made that up. We never had martinis at 6. If we had, we would have had to give them up.
I believe we've finally gotten our new routine down pat, so I'm back again at my desk and ready to answer questions. There are several in the queue and I'll be with you in a moment!
Posted by Sister Mary Martha at 1:03 PM

I'm so sorry for what you and Sister Mary Fiacre have been through. Yes, I will pray for her. My father-in-law died of congestive heart failure and I remember he suffered quite a bit.

You have indeed been missed.

you really were missed

sending love and prayers to you and your fellow sisters!

Wow! Just had a week like that with my elderly aunt who also has Alzheimer's. SIncere sympathy and prayers for all three of you.

With the atrial fibrillation the heart would not be functioning as well as before. The emptying of the chambers would be inadequate thus causing the back up and the congestive heart failure.

Hopefully, she will stay in a normal rhythm and the heart will function adequately.

For the shock, the patient is given a strong sedative and then the shock. The results will be immediate.

I hope she does well and feels better.

So glad to hear from you again...Knew you would have been busy with something important. Will keep you both in our prayers...Hang in there...Anonymous----Catherine

My prayers are with Sister Mary Fiacre and all of you who are caring for her.
God bless you.