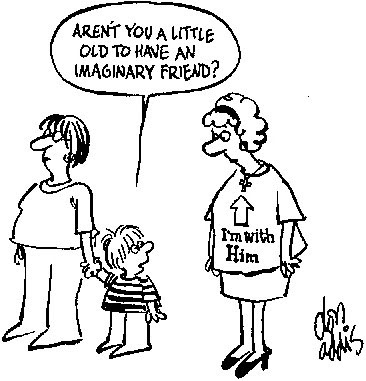 Hi, I have a question. An atheist girl I work with keeps arguing with me (not in a bad way, but she does have her opinions) about Christianity. This week, she's hung up on all the "atrocities" committed in the name of "your god", especially in the Old Testament. How do I explain the Old Law versus the New Law, and the God-sanctioned killings in the OT, etc.? I know there is an explanation and I feel her questions deserve a good answer. Thanknation, I just can't remember!
Well.
Good luck with that. And you know that we Catholics don't believe in 'luck'.
Here are the explanations, none of which is going to have much of an impact on her.
God in the Old Testament is working with a nation and setting laws for that nation. God in the New Testament is dealing with individuals and the individual's relationship to God.
I don't think that explanation is going to get us anywhere. Here's another one: 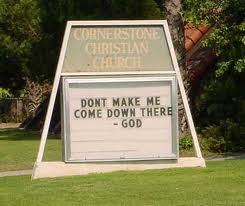 God reveals Himself slowly throughout the course of time and brings people to Him in ways they can understand as human understanding itself evolves. I believe this is the most accepted thought on the subject.
You could go with what the word "wrath" actually means in the Bible. God's "wrath" is mentioned many times, but the word is re translated from Greek and Hebrew and has various nuances (none of which are actually "wrath") when you look at the original word. The original word in many cases is "passion" or "out of breath" or "panting with passion". You could say God was upset. We understand the word "wrath" to mean extreme anger and vengefulness, but in the original language God is never wrathful. He is passionately not happy.
You might also mention that, for the most part, God actually doesn't do anything to anyone. He simply turns away from man, who is making Him unhappy, and mayhem ensues. He gives people every opportunity to get it together, sending messengers and angels and whatnot, but people never do.
She probably won't buy this either, so you could hit her with some numbers that show that God was just as sweet in the Old Testament as he is in the New Testament. Some nice person worked out this happy equation: in the Old Testament, God's love and mercy is mentioned 546 times as opposed to his "passionate unhappiness", which occurs 308 times. In the New Testament the ratio of love to unhappy is 291 to 71.
I asked Sister St. Aloysius, the math whiz, to work out the percentages on these figures and she came up with: OT 64% Love and Mercy to 36% Unhappy God. NT 80% Love and Mercy to 20% Unhappy.
So mathematically speaking, God is pretty consistent. He's only 16% more unhappy in the Old Testament.
I might say this to her, "If you actually read the book, you'll find that God never turns away from man, but that man often turns away from God. Through all the times His nation disappointed Him, God forgave them and never abandoned them and continued to guide them. He finally showed His ultimate love by sending His Son."
Although, truth be told, we really don't want her reading the book on her own. She would need to know a lot of things, like what translation she's reading and some history about the region and the people and ancient customs and all of that sort of thing. If she digs around in there by herself, it will be a sorry mess, I'm sure. 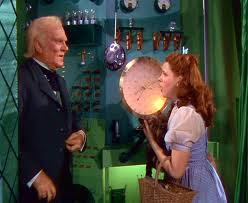 I just don't want you to get your hopes up. She's an atheist, which means she doesn't believe in God in the first place, let alone His Son. You may as well be discussing Harry Potter with her or The Wizard of Oz. Why did the people of Oz set that guy up as a wizard to run the place when he never had any power and everyone there had to know he was just that guy behind the curtain? He couldn't even fly that balloon, so we know he didn't build his wizard machine or sew the curtains. Who cares. There is no wizard of Oz.
I always feel our best bet with an atheist or a separated brethren person is to show God's endless mercy by the example of our own compassion. You seem to be doing a very good job so far by not becoming frustrated and stapling her fingers to the desk, which would be a sin for which God would punish you, even though He would understand.
Thanknation?

Posted by Sister Mary Martha at 11:19 AM

Yay, you answered my question! I'll have to give your explanations some thought. Also, my stapler isn't very strong, which removes one source of temptation from the ring.
For the record though, I didn't write "thanknation" when I posted my question in the comments on Aug. 16's entry (only several other typos, grr; that's what I get for hurriedly typing at work!) - my last sentence was "I know there is an explanation, I just can't rememebr it; and I feel her questions deserve a god answer. Thanks!" - so "thanknation" is your doing :)

Is rock music really seen as the "devil's music" by the Catholic church? Or would it depend on certain factors?

"...not becoming frustrated and stapling her fingers to the desk...

In the eighth paragraph you wrote:

... God actually doesn't do anything to anyone. He simply turns away from man....

Yet four paragraphs later you contradicted that statement by writing:

... I might say this to her, "If you actually read the book, you'll find that God never turns away from man...

Was that a typo or was that what you meant to say? If it was not a typo can you please further explain?

Another analogy for the perceived image of God between OT & NT perspectives might be the perspective of a child's view of one's father while the child grows up. When the child is younger (pre-adulthood) he or she usually sees their parent as the law-giver (especially during the teen years when the parent is usually seen as an angry tyrant). This image usually changes once the child becomes an actualized adult (usually with the arrival of their 1st child) where the formerly perceived tyrant is seen as actually being a concerned & loving parent. Likewise in the OT the Loving Father is seen as primarily as Law-Giver & Enforcer, in the NT as concerned Parent.
Another difference too is that in the OT is God is seen from strictly the human perspective, in the NT the Father is seen as reflected in the eyes of the Son.

Assuming the atheist isn't just rattling your cage, but is really interested, you might share some CS Lewis books with her. (Not the Narnia ones). Mere Christianity is good, and The Problem of Pain is a great one on human suffering, beautifully written and thoughtful. I haven't read Surprised by Joy, but it's his autobiography, and he was an atheist who came around, so it might be relevant.

I just found your site. I love it. Your phylacteries are wonderfully short and your advice is wonderfully sound. I say this with deep sincerity; you make me see the work of Christ in you.

PS -- my blog uses naughty words and such, so please feel free to skip a courtesy "return visit".

Oh sister, thank you! I needed a laugh so very badly today. The frustration level is very high around here and my stapler is out of staples, thank heaven.

I would like to know what you think of the current fashion trend of rosary necklaces, not the hip-hop version of a full rosary around the neck but a rosary-like necklace with beads strung on eye pins, a center involving 3 strands, like a rosary and a cross, not a crucifix dangling at the end. I saw a beautiful one, very tastefuly done that I could make myself but I hesitate wondering if it is proper.

P.S. The saints of the day are: St Giles, patron of the physically disabled, The 12 Holy Brothers, and St Anna.

Sister MM, I don't know if you can plug a book on your site so I'll do it in the comments. I've found the book "Now I Get It" by Claire Furia Smith to be a great book to explain the main tenets of the Catholic Faith.
Sister Mary Margaret (another Sister MM!)

Anonymous at @ 11:21AM good question! I've heard conflicting answers and I'd love to know the right answer.

I've bagged you on my blog. I hope you will go check it out!

My mother and I are hoping you can suggest a patron for my father. My parents, my siblings, and I were all raised in the Episcopal church. My mother, my sister, and I have converted to the Catholic Church. Our sons (Mom's grandsons) have been raised Catholic. The problem is with my father.

He does not attend church or mass. He says that he is convinced that the Catholic Church is the only real church but we can't get him to attend mass. My mother isn't after his entering the Church, yet. She'll work on that once we have him attending. (I'm all for praying for the whole ten yards...) Any suggestions for patron saints or novenas?

We appreciate any and all help.
Beth

Hi, Sister, who is the patron Saint for teeth - I'm trying ro grow mine back?

Sister, you did not say, regarding the atheist's argument:

Assuming you don't appreciate being hassled about your faith AT WORK, suggest kindly to your coworker that HR might like to join the religion discussion.

Because that's harassment in the workplace, and your coworker (or you!!) could be sued or fired for it.