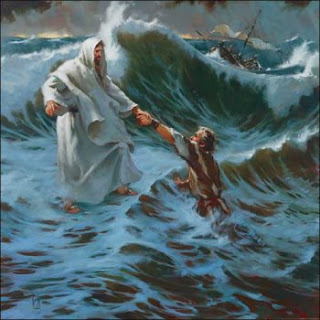 I've decided to try and get some souls out of Purgatory today by tackling and extremely difficult question in the August summer heat. I hope I land someone in heaven.

Dear Sister,
I just discovered your blog and I love it :) I have a question for you. How are we to deal with all of the misconceptions that people we know have about the Catholic Church, especially to do with sexual abuse by priests? I have researched adequate defences to these problems, but these are complex issues of which many people are resistant to explanations. Such perceptions are continually perpetrated, and people, especially lapsed Catholics I know, use them as a justification to reject the Catholic faith. They don't like being challenged in their perceptions, and never give me time to explain. Is there a way to gently change their hearts, for their own sake, and for the sake of the people whom these ideas hurt? It needs to be gentle, because I'm not good at being pushy. I can't tell you how much this frustrates me.
Regards
Let's talk tomorrow when it's cooler.
No, no. I'll do it now.
I have to wonder what these misconceptions are. I'm going to go with "you set these people up with all this power, from the lowly priest to the Pope himself, and then they pull this kind of thing."
To which I would answer, "Yes, yes we do." Or more precisely, Jesus does, when he calls these men to the priesthood. But that really doesn't help you case one bit, does it?
Here's the thing: I don't think you're going to be able to give anyone a speech that will convince them that they should unlapse and let it all go. That's not to say you should let it go. You're just going to have to be patient.
Did you ever notice that when someone accuses you of being wrong your first reaction is, "No I didn't..." You may even realize in the next second that you are indeed wrong and apologize. But the normal human reaction to any accusation is to go on the defense. It seems to be the way we are built.
So your first step in moving anyone toward unlapsing is to try not to put them on the defensive. You won't always be able to agree with someone who is dissing the Catholic Church or spreading some kind of misinformation, like someone who is insisting that the Immaculate Conception involves the visit from the Archangel Gabriel (or a football, I've have to gently remind some that that would be the Immaculate REception or the Immaculate INTERception). But if you can agree, do so. 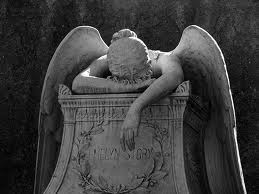 The sexual scandal is horrific. It is horrific at every level. Crimes were committed and covered up. Hundreds of children were assaulted and forever damaged. The scandal has shaken the faith of the most stoically faithful and true to the actual meaning of the word "scandal" it has ended the faith of many more. It really doesn't get worse than that.
Can we just admit that? It's not going to go away because we try to forget about it or, worse yet, defend it. It's utterly indefensible.
I would personally like to see everyone go to jail that had anything to do with these actions or the actions that covered up what was going on. Crimes were commited, crimes should be punished.
And where does that leave us?
With Jesus. Is our faith in Jesus gone, too? That's what I'd like to ask these people. Was Jesus wrong when he asked for compassion and forgiveness? Is it just impossible to love our enemies? Is it too much to ask of human beings to try to live up to what Jesus asks of us?
That's what I want to ask these people. Is your faith in Jesus gone? Because if we can find or strengthen that faith, we know Jesus will meet us on the path. You're not going to change anyone over night. But we are all going to have to redouble our efforts to lead by example.
I think of it like missionary work. We don't go into a skidrow neighborhood and shout, "Stop drinking you sots and come and meet Jesus!" We begin with love and compassion, unconditional food and shelter. We preach by actions alone. The words come later, gradually.
We believe in a Person that walked on water and rose from the dead, so don't despair.

Brava, you beautiful nun..What you said could not have been said better, with more compassion and straight to the point. A lot has happened that shames the priesthood, but not all priests should suffer and Catholics should not take it upon themselves to give up on the Church because of the terrible misdeeds and misjudgments of others. I hope a lesson has been learned and spirituality is renewed with grace, dedication and honest wisdom.

By the way, it isn't only the Catholic church where child molestation takes place. Protestants have problems also. I don't know how many times I've seen on the news where some youth pastor was messing around with the kids.

But every time child molestation comes up, it is always Catholic Priests or Roman Catholic Priests.
I think it's just because we have a worlwide hierarchy where the other sects do NOT, so they don't have the same numbers.
Mary
marynate.blogspot.com

Very well said, Sister. I obviously agree. We can admit that the abuse was sinful and the coverup shameful, and still state that that doesn't compromise the mission of the Church.

It DOES compromise the mission of the church, in that it is a stumbling block for many. It doesn't compromise JESUS. And fortunately we know that the Donatist heresy is false. The validity of the sacraments does not depend on the virtue of the priest. Good thing!

The response I've used, with good results, when asked "How can you still be Catholic?" is "My own sins do enough to keep me away from God; I don't want to let someone else's sins get in the way, too." I think it's effective because it a) acknowledges my own sins (doesn't sound holier than thou) and b) acknowledges that there WERE sins in the Church (doesn't pretend it didn't happen or wasn't serious) while still c) implicitly maintains that to leave the Church would be to move further away from God.

The number of teachers who are convicted of similar crimes in single DAYS dwarfs that of scandalous clergy. Must see if I can find that link...

The Catholic Church is a big target. We're just big, as you said, but also the Church is God's main agent on earth.

It is going to be attacked. Always...well, until the Parousia for sure.

Anyone who uses the crimes of those who committed the molestations as a reason for their lapse are just looking for an excuse. We should know that all men are inherently sinful. (At least that's what they taught us in my Lutheran catechetical class, we Lutherans being big on sin, and it goes a long way toward explaining human behavior.) But just like Watergate and other political scandals, the real offense is the coverup. It's that, and the complicity of certain members of the hierarchy, that have done the real damage among people of faith, and it will take a long, long time and a lot of candor to win back the people's trust.

Hi Sister! This may seem odd, but do you have any words of wisdom concerning demonology? I'm just curious as to how you would describe how demons work in the world and what sort of natural phenomena may or may not be attributed to them. Thanks!

I experience sensations of pleasure sometimes when in prayer/ once with great intensity after confession. Usually my mind is a blank at these times - meaning I did not think it up...is there an explanation for this? Please help. - perplexed.