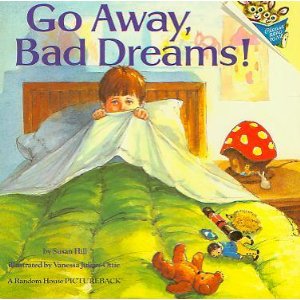 I'm not a doctor, but I play one here on the blog:
Dear Sr Mary Martha,
I have a friend who has quite vivid dreams. She would quite often thrash around, talk and even shout in her sleep, while dreaming. Sometimes, she would even cry in her sleep.
I love your blog, but have always been very 'shy' in making our 'lurking presence' known. But, I had to ask you for a patron saint for my friend who has not had a dreamless sleep ever since she could remember. And I hope to be able to get some divine intercession before it escalates. (She swatted me in her sleep a couple of nights ago!)
She had very unhappy childhood and I have prayed for the Lord's healing on her and had taken her to healing Mass, but it doesn't seem that she is healed, at all of her past hurts and unhappiness. And 70-80% of the times when she got upset in her sleep was because she was dreaming about her parents and/or her past.
The both or us are ok with our Lord's plan for her in this suffering, rather than rush Him. But is there a saint that can help in carry her cross sometimes or fix a wheel on it so it's not so heavy?
Thanks, Sr Mary Martha!

There certainly are saints for that.

But there are also medical solutions for that.  She should be evaluated at a sleep clinic.  It sounds like she is suffering from a parasomnia called REM sleep behavior disorder. 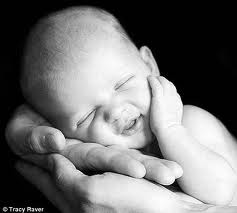 First of all, no one has dreamless sleep.  When REM sleep (the phase of sleep during which dreaming occurs) is not present, people become psychotic very quickly, literally overnight.  People who say they do not dream are wrong.  They dream.  They do not remember their dreams.

It would not be good for her to take her dreams away (unless you want a full on psychotic on your hands), but there are medications that can stop the flailing.  It also sounds as though she could use some therapy, to help her deal with her past.

My favorite saint for sweet dreams is St. Joseph.

St. Joseph was visited by angels in his dreams on two important occasions. When he found out his virgin wife was with child, he was not a happy man.  An angel explained the situation to him in a dream and the rest is the history of the Catholic Church. 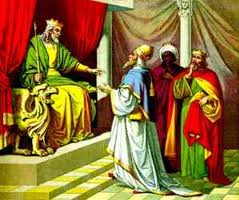 An angel came to Joseph, again in a dream, and warned him to get his family to safety.

That is some helpful dreaming.

I also recommend St. Michael the Archangel, fighter of demons no matter where they are found.
Posted by Sister Mary Martha at 10:39 AM

My goodness, Saint Anthony of Padua, please pray for me. I forgot to look up the saint of the day.
My youngest son , Mark suffered with bad dreams as a small child. He put his Bible under his pillow claiming that, "Jesus will make the bad dreams go away."
They did. Mark wasn't surprised, as was ( I thought) surprisingly ungrateful.
"why wouldn't He make the bad dreams go away?" when I admonished him. I was horrified.
Now, I think I understand. Mark wants to serve in the church as a pastor after he fulfills his academic requirements. He's in high school now. He has the faith of the six-year-old who made the bad dreams go away.

I think you advice to get a check and sleep study is on the money. Many times there are physical causes and emotional as well. Your advice was great.

Sister, this blog post, and the one previous, raise a question I wrestle with all the time and haven't yet figured out an answer for. I didn't raise it then because I didn't want to cause the earlier family more pain, and I'm hesitant to do so here for the same reason, but...

I can see how knowing that people are praying for you can be a source of comfort and strength--that's not what I'm talking about. It's more that I'm trying to figure out what actually happens when we ask God to "help this family." I always figured God has a plan for people in distress. (For people not in distress, too, now that I think about it.) But it always seems to me that praying for somebody means we're either asking God to remove the source of that distress, or asking for Him to lead the people in distress to humbly submit to His plan, even if they don't understand what the plan is. But isn't that asking God to, essentially, change His mind about His plan? Does He do that? And isn't it also kind of assuming that God wouldn't help these people unless I asked? Which...is wrong on so many levels.

Ah, that's me. The nitwit who always forgets to look up the saint of the day.
I am thinking of becoming a Catholic. I have been Babtist since birth, but I went to Catholic school as a girl. It seemed to me at the time (as it does now) that while our Bible stories seem to be similar, the Catholic version was always more full-bodied that made tham more, well, real.
And it made me think..seperated brethren. Why seperated? By a lesser faith. I couldn't quite believe it until this past Sunday when I attended a new church with my neighbor.
To make this exceedingly long post a little shorter, the pastor announced blandly that the Old Testament prophets and teachers were just crazy and not to worry with it. Tyhe Jewish guy in front of me nearly fainted. Poor man.
To just dismiss the entire Old Testament??
I guess I have belonged to a lesser faith. I feel terrible. If our teachers are out there encouraging ud to dismiss whole parts of the Bible, we are of a lesser faith. If we think we can change God or the Bible to please us, we are definitely in need of a spiritual overhaul.
We can't change God. Thank God.
Sunday, I'll be going to Mass.

I went to a new church last Sunday. The preacher announced that the Old Testament was crazy, and to look to just the New Testament for spiritual guidance. The Jewish man in front of me nearly fainted.
I though then, we ARE separated by a lesser faith. If we think we can pick and choose parts of the Bible to believe, that's sad.
Sunday, I'm going to Mass.

Sister, I am sorry to ask a question in your comments spot,but I haven't figured out how to ask questions on this blog, so here goes.
I was born and raised Southern Babtist, but as a young woman I became interested in other religions.
Catholicism was an eye-opener. All of a sudden, the Bible stories I heard as a child lost the dry, dusty, not quite done feel. The Catholic version was more real, more full-bodied. As time has gone on, I have learned more and more about Catholicism.
Now, I am ready to go to the priest and ask to go to classes so I can be baptized a Catholic.
Is there a saint that intercedes for almost Catholics?

catey,
St. Monica has a history of praying long and hard for conversions. You could also ask for the prayers of Bl. John Henry Cardinal Newman, as he also was a convert.

Justine's friend is swatting HER in HER sleep? Anybody else catch that?

We all have our own logs to saw away at ... others' specks of sawdust are none of our business.