Hello! I'm a recent follower of your blog, and I have a question for you. I'm feeling very dissatisfied with my present life, but there should be no reason for this. I'm recently married, young (24), have a good job and finished school. To make a long story short, I had a very traumatic childhood which caused me to lose my faith in God and everyone around me, but I am slowly finding my place again. Despite all this, I feel like there is something more that I'm not getting, and its bringing me much unhappiness. Is there a Saint that could help me out?

Did you know that your brain isn't even fully formed until you're 23 years old? I figure it takes at least another two years to get all those new brain cells and synapses up to speed.  I always think of this when I hear about people who want to try children as adults.  There's a reason they can't vote or drive, isn't there? 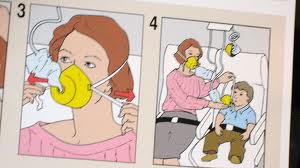 Glad to hear you're on your way up.  That should count for something.  I have a hunch that the thing you are not getting is outside yourself.

Now, don't get me wrong, I think it's very smart to put your own oxygen mask on first before you assist someone else, because if you flap all around trying to help someone else without any oxygen of your own, you will soon be unable to help anyone do anything but remember to use their legs when lifting your carcass off the plane.

Perhaps it is because of your traumatic childhood, for you, there is a piece missing.  And of course! we have a patron saint for that.

I've actually told his story many times here on the blog, as he is one of my favorite saints.  St. John of God was one of those people who drifted through life doing whatever made him a few dollars and got him through the day.  He was a soldier for a while.  He sold holy cards and pamphlets for a while, not because he was doing good, but because they were salable.  He eventually had a nervous breakdown.

Let's hope you can avoid this step in the process. 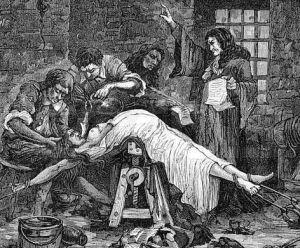 While he was in a mental health facility (which would have been absolutely nothing like a place called that in our time), God paid him a call.  God pointed out that John was just living for himself and floating around lost.  He asked John to live for Him, and gave John the name "John of God".

And after that, upon his release into the world, John became a tireless help to God.  He took over an abandoned building and made it into a hospital, all by himself.  He begged for bedding, beds and bed pans. He personally cared for the sick there.  And when the place caught on fire, he personally carried everyone out and then went back in to get the precious begged for mattresses.

Find your passion.  Don't worry that the job is too big, or you're not up to the task. Just make sure you have your oxygen mask firmly in place.
Posted by Sister Mary Martha at 1:15 PM