I always seem to be a day late in giving you a Catholic "heads up".  I missed St. Nicholas day last week, not in real life, but here on the blog.  Here at the convent, I was able to surprise Sister St. Aloysius with a "Ten Commandments" pen.  There is a little panel in the pen and every time you click the ball point in and out, a couple of Commandments appear in the the little window there.  I'd like to go pass them out at that court house that had to have the Ten Commandments removed from the lawn, or wherever they were.

Mind you, I don't have a problem with the Ten Commandments not being in front of the court house.  It's not against the law to take the Lord's name in vein, covet your neighbor's wife or not worship God.

Yesterday, I missed the opportunity to remind you about the feast of St. Lucy, which is a big deal in many parts of the world and very Christmas-y, as it involves candles.  My bad, in particularly in light of today's question from a reader: 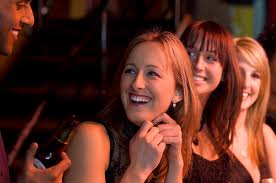 I'm a young Catholic woman currently in college, and I'm certainly not immune to my school's hook-up culture. In fact, some days almost all I think about is sex and men (and by men I mean man-candy and not man-dignified-human-being). Also, while I'm still a virgin, I've done some things I'm not proud of. Any words of advice on how to keep sane and curb sexual frustration so I can actually focus on what's important in my life? As someone who must take a vow of chastity, I assume you're an Olympic champion at this. Thank you!

Remember that movie, "The Graduate"?  Remember how the famous line from that film is the one word of advice someone gives the graduate? 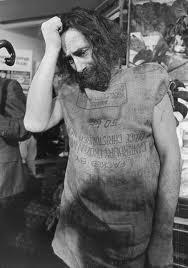 "I have one word of advice.  Plastic."

I have two words of advice for you. Hair shirt.

Seriously, why do you think people wore hair shirts?  Here's why. They are painful. Pain is distracting.

Okay.  I know you're not going to wear a hair shirt.  But you are going to have to, as you say, focus.


St. Lucy was a lovely young girl who was engaged.  But she lived during a time when the whole idea of Christianity was very new.  The idea that anyone would want to stay chaste based on the teachings of a hobo who was executed was difficult to comprehend.  So her boyfriend didn't really mind too much when she was thrown into prison. He figured she would come to her senses.


I would have thought that, too, if I were him.


But she knew what was really important.


It seems to me that that is the element you're missing here.  What's really important.


...it's not that important to you.  Clearly, it has some importance, as you bothered to ask.  I think you have to examine your priorities. 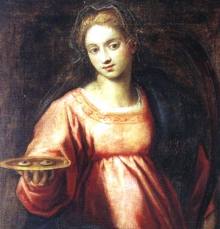 So, St. Lucy, it is, for you.  She certainly had her priorities straight.  She lost her eyes and her life. In that order.  We're not entirely sure what went on with her eyes.  Either they were gouged out to get her to change her mind or, in one version of her story, her boyfriend had always admired her eyes so she pulled them out herself, to show him she meant business.


You can see that no matter what did or did not happen, she was quite determined.


Her situation certainly makes your situation look like a walk in the park (a park where there are no boys or half price drinks on lady's night).

I'd also seek fellowship with other people trying to live chastely, either online or at school (is there a Catholic Student Center/Newman Center? Start there).Also, for an almost-daily dose of wisdom about men and relationship from a faithful Catholic (and often humorous!) perspective, you should check out the Seraphic Singles blog (and buy her book!)

I recently organized a little event for children and families at church to celebrate St. Lucy day. We had the obligatory girl dressed in white (for chastity) with a red sash (for martyrdom) with a wreath of (battery operated) candles on her head serving breakfast rolls, and the younger children made star hats to accompany her. They also made little candle holders (for battery operated candles)

There's a story in Sicily about the intercession of St. Lucy bringing shiploads of wheat to port when the people of the island were starving during a famine, so we planted wheat berries to take home. They sprouted in just a couple of days! The next weekend I had lots of excited little ones telling me about their wheat grass!

So the children will put their candles and wheat near the creche on Christmas, to remind them that Jesus is the Light of the World and the Bread of Life.

At the end of the event, we prayed for St. Lucy's intercession for the blind (both physically and spiritually).

Hi Sister. My name is Emmie. I am twelve years old. I love your blog! I read it to my family every week. They think you're the best, too!

My mon is on me all the time to stay away from chat rooms, ect. Be smart, she says.

Then she came in from work early and found me laughing over one of your blogs. She has been one of your most ardent fans since.

Thank you, Sister, for your marvelous blog.

May God bless you.

Sister, is there a patron saint for nerve damage? My best friend suffers from dystonia and she is having a very bad flare up. I have neuropathy caused by autoimmune disease and am having a flare up too. Both of us are in our early 40s and when we feel well, crochet, knit, and sew for charity. We are praying a Novena to Our Lady of Lourdes because I always pray to her or to St. Bernadette for everything. Thank you! Laura (and Mary)

College Girl - another resource that you might find helpful is anything by Jason and/or Crystalina Evert. They have books, a blog, and several YouTubes on chastity. For something more advanced, there's always Theology of the Body. I'd recommend reading Christopher West's Theology of the Body for Beginners before tackling the actual Theology by John Paul II.
Some helpful saints - Bernadette of Lourdes (remained pure), Maria Goretti (died rather than sacrifice her purity), and Mary Magdalene (knows what it is like to fight those urges). I teach my students to say the prayer, "Mary, most pure, guard my purity."
I will pray for you, too!
-The other Sister MM

It's not easy to stay chaste in this day and age, but there are things that can help.

-Avoid situations where you know you're likely to sin. e.g. Drinking at parties with boys around or spending the night cuddling with a boy. Also, avoid people who you know will tempt or encourage you to sin.

-Avoid watching and reading things with sexual content. This may seem obvious, but nowadays TV is pretty flooded with it, so it's harder to avoid sex on TV than it used to be.

-Have a plan for what to do if you're tempted to sin and stick to it. If thoughts are the problem you could pray or read a book that distracts you. I find P.G. Wodehouse helps me to focus my mind on wholesome things. If you're in a situation where you're tempted to do something you won't be proud of, as you put it, you're best bet is to leave (or get the person to leave, if you're at home. Yawning and saying you have an early day tomorrow usually does the trick).

-It might help if you have a friend who's also committed to chastity. You guys can keep an eye on each other and provide excuses for each other to leave a bad situation.

Anyway, I'm not a nun, but these are some of the things that help me stay chaste. God bless.