So yesterday we waded into the the "what makes a mortal sin" part of a reader's question.  Since that's not rocket science, we pretty much got through it.

There were some follow up questions, which we'll also get to, but for now, we're moving on to the really difficult part: 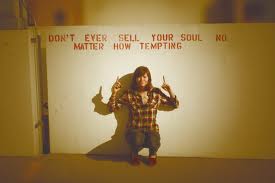 I also remember back in school days learning that habits or addictions may not be sinful. Why?

The problem we are facing in talking about addiction and sin is that when we say we are addicted to something, we are saying we are utterly powerless against the need to do whatever we are addicted to. And if that is actually true, then we are not sinning anymore.  So the question comes down to: is that true?

And all addictions are not created equally.  Being addicted to gambling or shopping (either of which are not sinful in themselves) is not like being addicted to meth, heroin or booze.  Drugs and alcohol alter the brain's chemistry in a way that actually can make you helpless.  You can actually die if you stop suddenly with no help.

But eventually, so can gambling and shopping alter your brain's chemistry, because the thing that was once a habit now releases dopamine into your brain and makes you feel better. So now your own brain has caused an addiction by rewarding you with a drug it has produced itself.  You have made yourself into a drug addict.  Addiction always brings with it diminishing returns, meaning, you have to have more and more of the thing to feel good.

Until you're not whole anymore.  St. Augustine said, "Sin is its own punishment."  How true.

The problem in defining the difference between addiction and sin is that at some point the thing that became an addiction was a choice.  You don't have a martini and become an alcoholic.  You don't drop a nickel in a slot machine and become a gambler who can't stop.  Even if you spend that evening dropping in nickel after nickel, you still have a choice: Don't go back tomorrow. 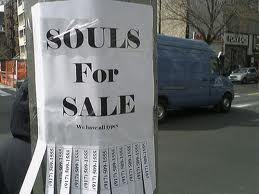 Obviously, the best thing to do is to just eliminate all bad habits.  The strength it takes to stop biting your nails will pay off when you have to stand up to some harder problems.  That's why the nuns were always on your case.

But what about the helplessness of addiction?  This is my own take on it and I urge you to get on the internets or go the library and read what wiser people have to say on the subject, especially wise Catholics who deal with addiction or addicts.  My own thought is that there does seem to be some point where a person is helpless against the sin of say, drunkenness.  Whenever that is, the drunkenness is no longer a sin.  Does that mean the alcoholic is no longer sinning?  I don't think so.  I think maybe the failure to get help becomes the sin.  The willingness to destroy yourself and those around you with no attempt to get yourself in check becomes the sin.

But don't go by me.  These are just the conclusions I've drawn from my thoughts on the matter based on my understanding of the nature of sin, God's loving forgiveness, having been around a surprising number of various addicts and the daily struggle they face, and listening to the thoughts of people smarter than me. 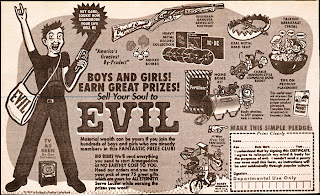 I truly don't believe I have a full handle on the situation.  The medical community tells us new things about our mind body connection every day.  There actually are people who can become physically addicted to a substance right away because of their genetic make up.

I will say that people who suffer from addiction face hell on earth, often on a daily basis, and sometimes well into their recovery.  They have to battle the urges, which are physical and mental, give up friends and family who drag them down, face the judgment and condescension of society hour by hour, day by day.

Let's pray for all of them.

My sister is an alcoholic and it most definitely is a day to day struggle for her--and she's been out of rehab for 7 years. She was out the first time for 10 years and someone spiked her drink at a party "for fun".

SMM, I don't know how I found your blog last week but I'm so glad I did. You are wonderful--knowledgeable, insightful, and funny. I've been reading the archives. I finished 2006 and I'm in August of 2007. I love comments too--I hope the "regulars" who comment and are still with you. I feel like I've just moved into a very interesting neighborhood. Thank you very much for the blog.

Is the "Pop Quiz--answer in feet" a reference to story problems we had in grade school?

I found this blog post soo interesting. It is true,no one puts the drink in your hand or the drugs in your mouth, well most the time.
But after an addiction is established, these people are helpless to some degree or other.
Seein how driven a personwho "needs" a cigartte is, mademe avoid anything in excess because I don't want to be soo controlled. I do need help with my addiction to oil though!
:(
MaryB
www.marynate.blogspot.com

Sister,
Thank you so much for such an insightful post regarding addiction. I am the mother of an addict and recently, I had to ask him to leave because he crossed the boundary of no drugs in my house...ever. My priest told me that when he initally tried drugs, it was sinful but at some point he was no longer culpable. I hate addiction and personally feel that when I speak to my son under the influence of drugs, that I am speaking to Satan himself. Addiction, while unwelcome, has taught me more about the journey that God has in store for me. It has stripped away any pride I might have had and helped me to reorder my priorities. I love the prayer of Blessed Matt Talbot. One of my frustrations since my son's addiction has been the stigma ( from stigmata) of addiction. It feels as if addicts are our modern day Lepers. Thank you for this piece as it is a very good explanation and may help others to see that those affected are not just "junkies"...they are souls created by God who deserve our prayers and not our disgust.

I'm pretty sure withdrawal from an addictive substance can be pretty terrible, but is never fatal.

Modris - yes it can be fatal.

actually, one can die from delerium tremors.

Good post Sister, it's very important to draw the distinctions in the mortality of sins. However, you can't kill the soul(CCC 365). Hence the "immortal soul" moniker. Habit,addiction,and our attachment to sin can deaden the soul to participation in the divine life of grace.

Generally speaking, due to free will, we are only able to receive the grace we are properly disposed to receive.The three criteria for mortal sin (grave matter,full knowledge, and complete consent of the will)must be viewed with these things in determining the true amount of culpability. Not as a pass, "it's not my fault,I'm an addict", but rather as a means to helping build virture to persevere in grace.

Ι ԁon't even know how I ended up here, but I thought this post was great. I do not know who you are but certainly you are going to a famous blogger if you aren't already ;
) Chеers!
Here is my web page ; Football Coaching Jobs