Hi Sister,
When the priest says "we ask you to receive us and be pleased with the sacrifice we offer you with humble and contrite hearts", I assume the sacrifice he's talking about is Jesus' sacrifice for us, so I don't understand how we're offering it, or why we're asking God to be pleased with it, which we already know He is. 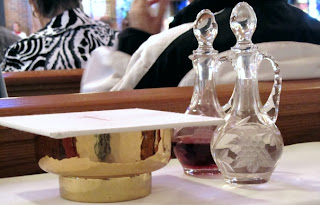 Nope.  The sacrifice he's talking about is not Jesus' sacrifice for us.  This little prayer happens at the Offertory, when we offer our humble gifts to God.

The Mass is in three parts:

1. Getting our heads together for what's about to happen.

2. Offer some humble gifts to God. 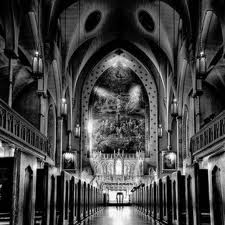 We didn't always have such a fancy Mass.  The early Church just prayed and broke the bread.  They just had two parts to their ritual: Pray/Miracle. Eventually, they realized that that wasn't really enough to separate the Miracle from just having dinner together, so they began making it a little more formal.  By the middle ages, it was so formal that no one could see it,  separated from the congregation who no longer spoke Latin by a wall or a railing, the priest with his back to everyone.  So we dialed it back.

I think it was a very good change. Many people disagree.

In any case, we spend the first third of the Mass worshiping, asking for forgiveness, praying for the living and the dead, listening to scripture and getting some encouragement from our priest. We profess our faith and the priest forgives all our venial sins.

Then the altar servers represent us and bring the bread and water and wine up to the altar. We ask that God accept our humble gift. Then the priest washes his hands.

Ever wonder why his hands are so dirty that he has to wash them?  I always thought it was because he wanted to to super clean because he was about to handle the Body of Christ.  Then again, it is rather a symbolic washing, just dippy dipping his fingertips in the water.  He doesn't haul out a bar of Lava or squirt himself with hand sanitizer.

But in the early Church the Offertory was also the 'collection' time.  Not the tidy basket of tithing we have today, but chickens and pigs and grapes and corn, gathered for the poor.  So there was a time when the priest really did have to wash his hands before he continued with part three.

Part three is when God turns our humble offering into the Body and Blood of Christ.  A Miracle.

Then everyone starts jockeying to get to the parking lot first, often vexed by the fact that if there are going to be any announcements, this is where they go.  Sometimes they bolt right after Communion, zipping out before the final hymn strikes its first chord.

I am continually amazing that 2000 years of streamlining and nit picking to make the Mass 100% understandable to the community still falls short.  But...

Hi Sister :)
Thank you for your blog.I enjoy it very much.
I wanted to recommend this YouTube 2 part series on the Mass by Fulton Sheen.It really helped clarify things for me.

How great to hear someone actually refer to what happens at Mass as a miracle... Simples!
You are one cool nun :)

Thanks Sister and thanks Anonymous

I new to this blog but I love it. Sister really has a gift for writing--and for humor.

Sister, Latin is still the official language of the Church; there was never a time when everyone spoke Latin. The priest didn't have his back to everyone, he was facing God, leading his flock toward heaven.