I'm excited about the booklets!!!! Also, I have a saint question. I know there are patrons saints of mental illness, and saints we could pray to for shyness (or living in caves :) ), but is there a patron saint for social anxiety? Who you can pray to when you make a faux pas and agonize over it for the rest of the day, or when yo don't want to talk even to people you know on the phone, or when you simply feel exceedingly awkward around other people. Did any saints ever have these problems?

I'm glad your excited. I have two completed and a third almost done. The layout takes forever, but it's going faster now that I've done a couple. The first one is "Modern Dilemmas NO. 1" (because there are many more modern dilemmas) which includes our take on tattoos, Harry Potter, Twilight, and the Modesty Pyramid. The other one is "Offer It Up" which is about the Poor Souls in Purgatory and how to suffer for them. The third one is going to be about sacramentals and will include what became one of our most circulated entries here on the blog, "What Brown Can Do For You".  It's one of my favorites as well.

We've also gotten some wonderful feedback from our dear readers. Thank you all so much, keep it coming!

And now, your saint question! Listen, we have a saint for...well let's just say for that ailment for which you purchase Preparation H and leave it at that. So of course we have saints that suffered social anxiety.

There are so many saints who really wanted to go live in a cave and were put upon and called upon and pressed upon to take on the role of bishop or cardinal or lead a religious order. They all came through, despite their protests. 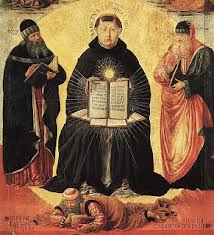 The saint that springs to mind is St. Thomas Aquinas, one of truly great Church leaders and a Doctor of the Church. As a boy in school, he was called "The Dumb Ox", not because he was stupid, but because he never spoke. He was a big fatso, too, which probably didn't make him feel more confident. 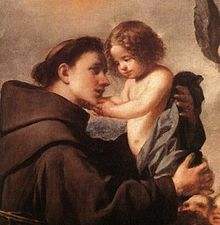 And while we all know that St. Anthony will find your car keys and your glasses (they were on your head anyhow), not many people know that Anthony wanted to follow in the footsteps of five Franciscans who he met while being the greeter at the abbey. All five were martyred. Anthony was "Fernando" back then and he set off to martyrdom glory, changing his name to Anthony (after Anthony the Great, the first hermit). But as soon as he left for his self proclaimed mission to Monacco he became very ill and had to turn back. His boat was caught in a storm and  he was ship wrecked, washing up on the shores of Sicily. He somehow made his way to Tuscany, where he was supposed to run a convent, but he was such a mess he was stuck out in the sticks instead, running a hospice where he wouldn't scare anyone. He lived as a hermit there and worked in the kitchen.

Whatever he had to say that day was so brilliant that he came to the immediate attention of St. Francis himself. Francis sent Anthony everywhere. 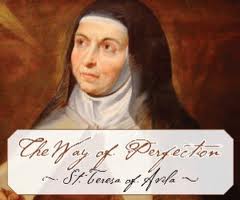 St. Anthony only lived to the ripe old age of 36. He died in a cell his brothers built for him under the branches of a walnut tree. Ironic, because what caused his final demise was hitting his head on a tree branch.

And lastly, St. Teresa of Avila, who did not have social anxiety, but who did indeed agonize over everything constantly. I have always thought of her as the patron saint for perfectionist who are, of course, never perfect.
Posted by Sister Mary Martha at 10:53 AM

Dear Sister, you look stunning with the glasses! Unlike me, you must have read a lot. Now that you're going into saints. Are there saints that you know of who had to sacrifice their good manners and charitable appearance many times for the greater good of love? I'd like to learn about the meanest of them. But mind this: nasty bishops, popes and the like don't count, because it's cheap and easy to be edgy when you have connections, academic knowledge, a title, money and/or other means of gained power.

And now that I'm at it. Which saints were clumsy? I know of one, whose name was Joseph of Copertino, but he was intellectually challenged.